Sometimes forever is just too much committment.

Tattoos and regret: It’s a pairing that’s especially common in societies where body ink is traditionally frowned upon. For most individuals who no longer want their tats, that means ponying up for tattoo removal procedures.

After one Chinese teen had a change of heart about his impulse tattoos, however, he was able to successfully sue his tattoo artist for a refund and additional funds for removal procedures due to his age.

The then-17-year-old, named Xiao Chen, decided he wanted a sleeve in June after seeing a famous actor, who has not been identified, sporting tattoos on his arms, reported China Press.

Chen then contacted tattoo shop owner Xiao Li, with whom he met to sketch out his new body art.

After collecting the total fee of 800 yuan (approximately $115) for the tattoos, however, Li started the minor’s body modification without checking his age.

Cue the regret. Very soon after the excitement of his freshly inked sleeve wore off, Chen wished he had never gotten it. The fear of potential employers shunning him for his tattoos moved the teen to look into tattoo removal procedures, which he was surprised to find would cost more than the tattoos themselves. 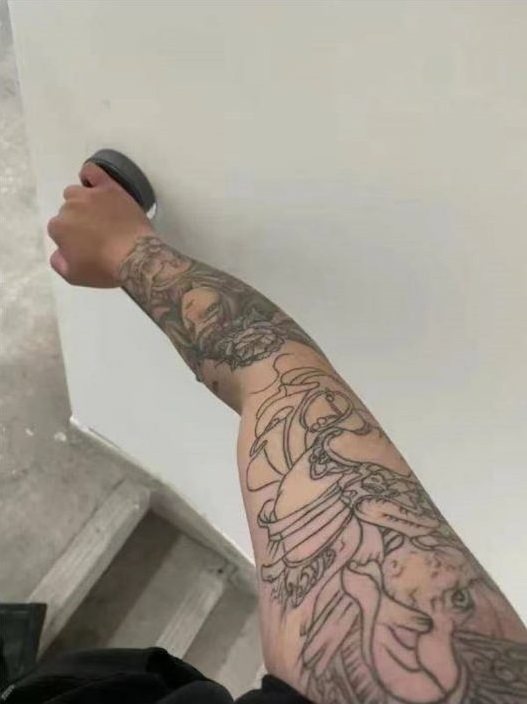 Believing his tattooist was wholly responsible, the rueful young man then filed a lawsuit against Li, demanding an apology, a refund and 20,000 yuan (approximately $2,870) for the reported cost of the tattoo removal.

“It’s my mistake for not verifying his age but asking me to compensate him [20,000 yuan] is too much! I only charged him [800 yuan] for his tattoo,” Lee reportedly said.

Li was ordered to refund Chen for the tattoos and also pay 5,000 yuan (approximately $717) to help pay for their removal as part of a court-facilitated settlement.

The lawsuit, during which Chen turned 18, was filed shortly after China’s State Council outright banned tattoos and their promotion for minors on June 6. Previously, minors could be tattooed with their parents’ permission.

“No enterprise, organization or individual shall provide tattoo services to minors, and shall not coerce, induce or instigate minors to tattoo,” the government directive read. “For immature minors, tattoos may be just a whim, something they do in pursuit of individuality, but the harm done is enormous and long-lasting.”

While tattoos have carried a heavy stigma in China for over 2,000 years, with more relatively recent times seeing tattoos being associated with criminality due in part to the Triads’ practice of body art as proof of membership, they have exploded in popularity with younger Chinese, who have made tattoos a common sight in metropolitan areas.

However, many of those same millennials and Gen Z-ers who have brought tattoos into the mainstream in China have also reportedly been getting them removed in record numbers after being confronted with an older society that does not share their progressive attitudes toward body art.