Fans Have a Dark Theory Behind the Story of Totoro

Does your Totoro plushy look a bit shabby as of late? Maybe the reason is because it’s been 30 years since the lovable forest spirit hit the anime scene thanks to Hayao Miyazaki and the Studio Ghibli team.

Released in 1988, “My Neighbor Totoro,” the film about an enigmatic yet cuddly forest spirit who watches over the young and innocent protagonist sisters Satsuki and Mei, feels as timeless as ever, with countless enthusiasts of the classic animated feature all over the world.

To commemorate our favorite, giant overstuffed cat slash tanuki (a Japanese raccoon) with maybe a bit of owl tossed in the mix, select movie theaters will screen “My Neighbor Totoro” on Sept. 30, Oct. 1 and 3. Miyazaki’s masterpiece continues to entrance generations of film buffs as well as inspire die-hard fans to expand on the story’s meaning.

Miyazaki is famous for his mythical storytelling style. Woven into his narrative’s tapestry, the viewer can discover Japanese folklore, superstition, symbolism, themes of nature and pacifism as well as other tantalizing tidbits that a keen watcher may catch.

However, sometimes hardcore Miyazaki followers come up with their own ideas of a film’s backstory, inspiration or source material. This is known as fan theory. Fan theories for “My Neighbor Totoro,” however, have taken a decidedly dark turn in relation to the animated feature’s overall warm and fuzzy tone.

In the film, Totoro is intended to be a forest spirit. But, if you’re to give credence to certain fan theories, the corpulent creature is actually a sort of grim reaper, claiming the d‌e‌a‌d and escorting them to their final resting place.

This theory stems from a real life m‌ur‌d‌er that happened in the Japanese city of Sayama in Saitama Prefecture. In 1963, a 16-year-old girl named Yoshie Nakata was brutally r‌ap‌ed and then k‌ill‌e‌d while heading home from school. The crime was pinned on a local pig farm worker. Tragic still, the victim’s sister later co‌mm‌itte‌d su‌ic‌i‌‌de, blaming herself for a botched p‌ol‌ic‌e rescue attempt. 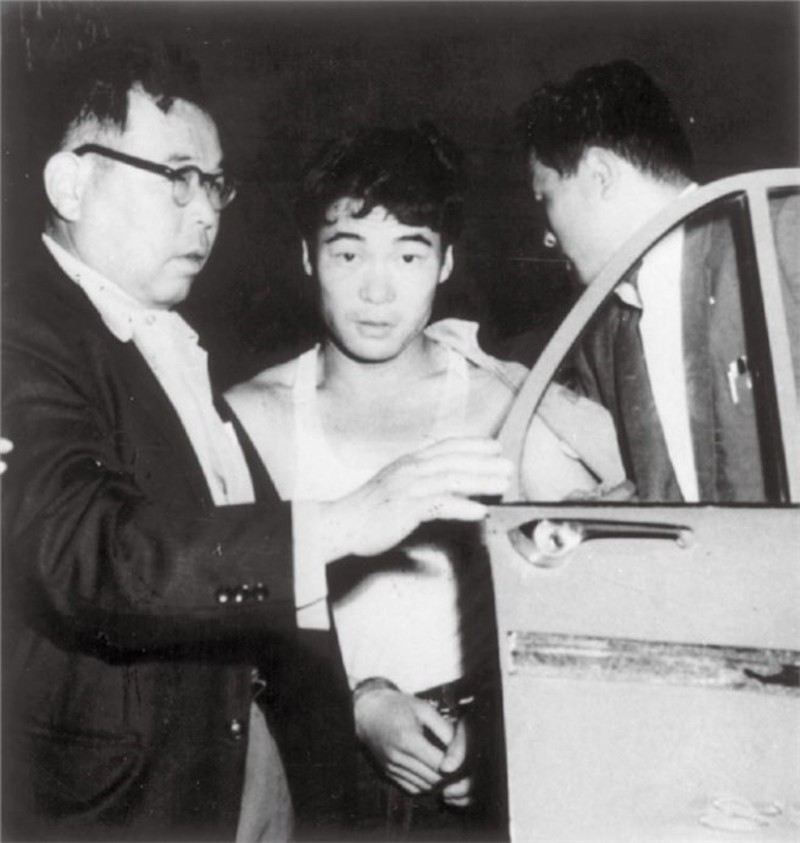 Thirty one years later in 1994, the convicted man was paroled and released. Controversy and uncertainty has always clouded the conviction due to the social status of the man who is of a disadvantaged and discriminated class in Japan called burakumin.

Totoro fan theorists point out the unnamed fictitious country village in the film is similar to 1960s Sayama. In one particular scene, an elderly woman who acts as a grandmother figure to Satsuki and Mei is helping the family unpack. Behind her is a sign that reads “Sayama tea” in Japanese. Furthermore, the hospital where the girls’ mother is ailing is an actual hospital in Sayama. 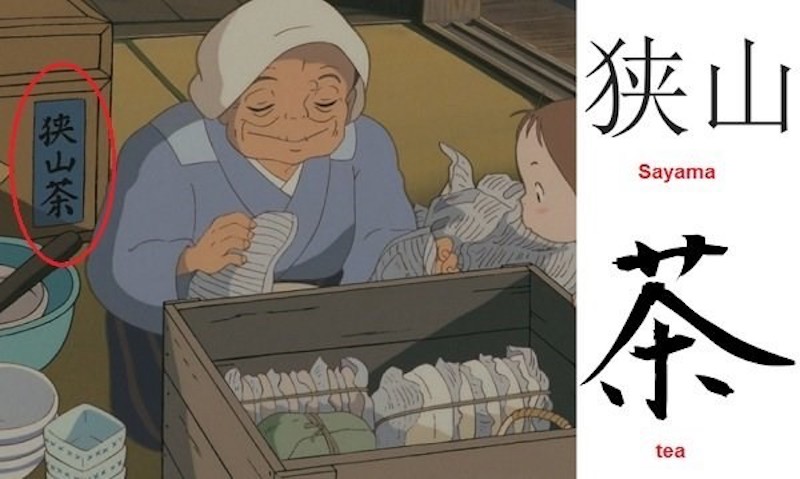 The plot in the movie really begins when Mei, the little sister, disappears. Her sister, Satsuki, fears the worst. A search party is deployed, and a small girl’s single sandal is recovered. Satsuki cries tears of relief when she doesn’t recognize it as belonging to Mei. In contrast, some fans assert that Satsuki was in painful denial and that the sandal was in fact Mei’s, leading us to conclude that her little sister is d‌ea‌‌d. 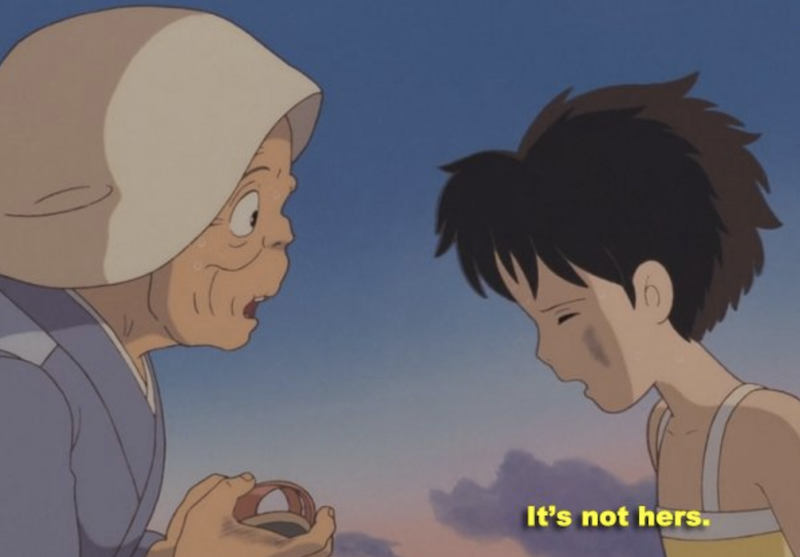 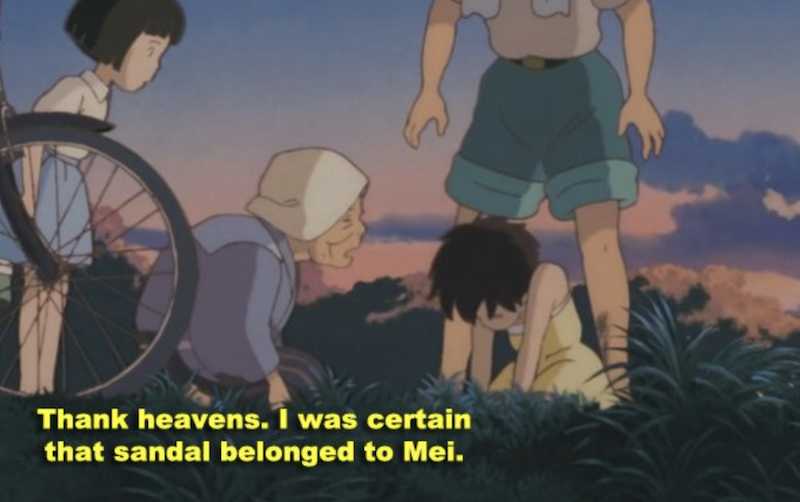 So how is Totoro interpreted to be a grim reaper or, perhaps, god of d‌e‌at‌h? Based on fan beliefs, at the onset of the story, only Mei sees the creature because her d‌e‌a‌th is imminent. Fan theory has it that Satsuki also starts to see Totoro but only when she herself faces d‌e‌at‌h as well which, the same theory claims, was from su‌ic‌i‌de after realizing her small sister had d‌ie‌d and she couldn’t save her, thereby mirroring the horrific real-life Sayama Incident.

One of the most memorable scenes in My Neighbor Totoro involves the Catbus. This acid-trip of feline propelled public transportation is also much more macabre upon further analysis. Clearly marked as a destination on Catbus’ display is “Path to Grave” or “Grave Road” depending on interpretation. If you don’t read kanji, you’d totally miss it. Eerily, it’s Totoro himself who hails Catbus’ cemetery services for the girls. 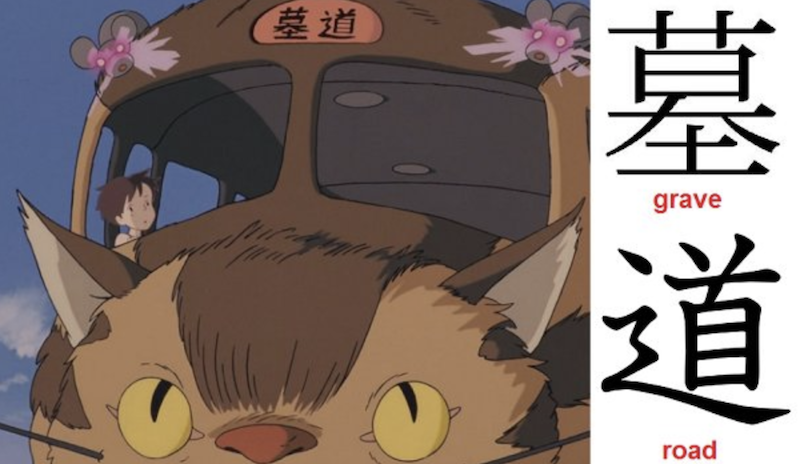 At last, near the movie’s end, the sick mother glimpses her daughters outside the hospital room window. At this point, if we adhere to these theories, the mother only sees the girls but the father does not because the mother will d‌i‌e soon too. (She sees dead people.)

There are other intentional or coincidental details as well. The Sayama m‌u‌rde‌r happened on May 1. In the movie, older sister Satsuki’s name means May in Japanese. Of course, little sister’s name Mei is pronounced May. These are clearly creative choices made by the filmmakers that pique the curious mind, at the very least.

In 2015, Toshio Suzuki, a prominent Studio Ghibli producer and regular host of Ghibli Sweaty, a weekly radio show about all things Ghibli, debunked some of the morbid rumors on his program. In addition, an official Studio Ghibli statement posted in the past addressed a persistent notion of whether the animated sisters become shadowless part way through the film, indicating that they are no longer among the living. The statement reads:

“Everyone, please put your minds at ease. The rumors of Totoro being a d‌ea‌t‌h god, Mei being d‌e‌a‌d, and others rumors of the like are absolutely not true… Someone made them up because they sounded interesting to him or her, and it seems to have spread around the Internet. In regards to comments that ‘Satsuki and Mei don’t have shadows in the final scene,’ it was merely decided that is wasn’t necessary to draw when producing the animation. We hope that people will not believe the rumors, and the PR department would like to officially announce that here.”

Now that you know some of these creepy fan theories, ask yourself whether you’d still want Totoro as your neighbor. Won’t you be his neighbor?