Even the WWE Can’t Tell Their Asian Wrestlers Apart

The event, which pitted the pro-wrestling pair against three other teams of two, went fairly well except for one moment during their introduction when the producers misidentified one of the Kabuki Warriors.

As many viewers would later point out on social media, the producers, or at least someone in the graphics team, listed another Japanese pro-wrestler’s Twitter handle instead of Asuka’s as the women were making their entrance.

The error prompted many criticisms towards WWE and its CEO Vince McMahon over their apparent inability to tell Asian wrestlers apart: 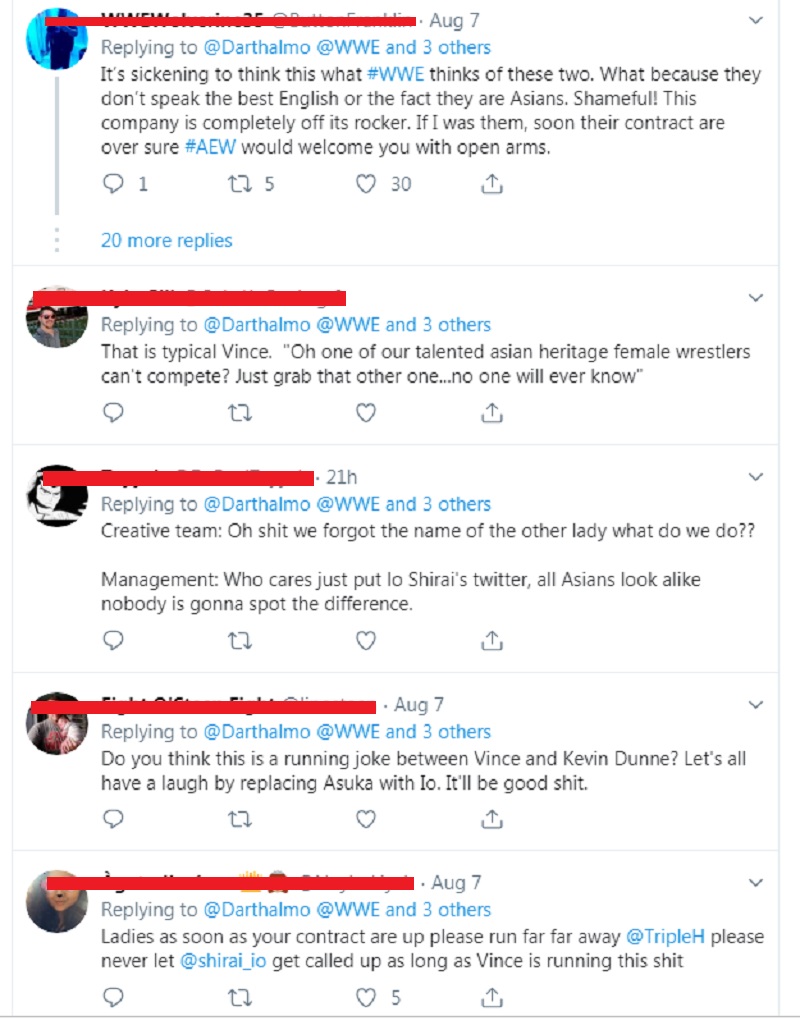 NXT star Io Shirai, the fighter tagged in the graphic, noticed the error herself and commented on it, writing what translates to “What? #WatchOutForMistakes.”

Wow….. so sad when they have the most talented asian female wrestlers on the planet. Wake up @wwe and stop wasting all of them. Utilize their talent! https://t.co/GYUSEac8on