Ask any Filipino to tell you a story of the White Lady — it’s unlikely you’ll be disappointed.

Don’t get me wrong. The ghost of a lady in a long, white dress has been reported all over the world.

In the U.S., the most famous “lives” in a “castle” in Rochester, New York, and in Japan, Sadako from “The Ring” was inspired by true events in the life of a 14th century servant named Okiku.

However, the White Lady’s depiction in Filipino culture — which happens to be teeming with ghosts — is pretty special.

To begin with, she’s extremely popular, making countless appearances in local movies, and killing characters until she’s left with protagonists to make some bargain. These usually end with her liberation from seeking revenge, which is often motivated by an untimely death.

But it’s not exactly her popularity that makes her the creepiest for Filipinos. The reason lies in the assumption that she shows up anywhere, unlike other entities in local folklore.

For one comparison, the kapre, a hairy, red-eyed giant, is limited to rural areas, because he only stays on the branches of huge trees while smoking tobaccos. There aren’t many huge trees in areas like Metro Manila, and when present, there are simply too many people around to start freaking out.

The same goes for the manananggal, a sort of vampire whose upper body detaches and flies when hunting its prey. Somehow, this creature is heard in the cities, but more likely to prevent people from roaming around the streets late at night.

Stories about such beasts are more common in far-flung rural areas, such as barangays or sitios with difficult transportation systems, which is probably why they fly.

Then there’s the tiyanak, a tiny monster that hides in the facade of an innocent baby, which is perhaps the most deceitful of them all. Because really, who can ignore the cries of a sweet-looking baby?

Sadly, people from the countryside also get more of this horror, although a belief that they originate from unnamed or aborted babies can scare everyone.

Another is the duwende, sometimes referred to as the nuno sa punso. We’re really talking about a dwarf here, but this sort is so unforgiving that one step on its home — the punso or an ant hill — can expect a myriad of misfortunes ranging from common colds to deaths of loved ones.

Thankfully, the fact that cities rarely have ant hills saves residents from this creature’s horror, while rural dwellers have been accustomed to saying “tabi tabi po” (“excuse me/us”) when passing near ant hills.

For a final match, there’s a monster called the tik-tik, which, in essence, is slightly similar to the manananggal. However, this creature assumes the form of a big, black bird and has a particular taste — it feeds on unborn babies from the roofs of houses by using its long, elastic tongue. Because big birds are rare in the cities, stories are also more popular in rural areas.

There are way more ghosts and monsters in Philippine folklore, but as far as it’s obvious, the White Lady gets one distinct advantage that others don’t — scale.

Jo, a 36-year-old mother from the province of Cavite, shared her story:

“We were driving to Manila when we crossed the first bridge from our hometown. My daughter just got back from school. It was just around 5:00 PM but it was already dark. So we turned the headlights on. 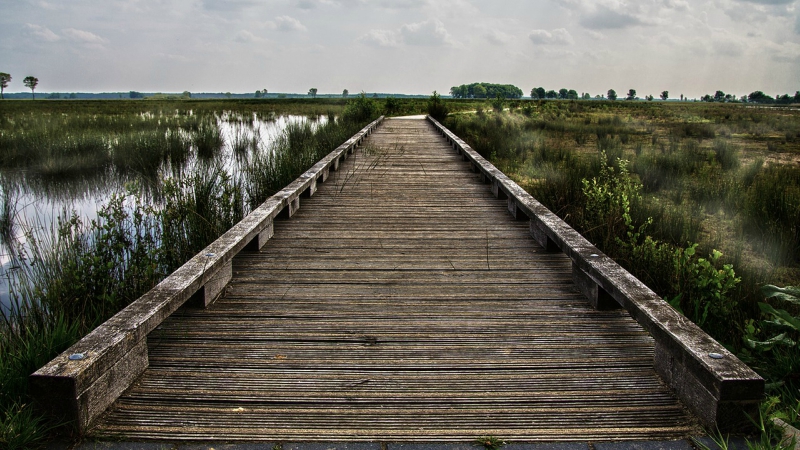 “But just as we crossed the bridge, the lights went off, and to my horror, I saw a White Lady sitting next to my daughter at the backseat.

“She had no face, but the fact that she sat next to my precious daughter was enough to make me want to move somewhere else. I don’t think I can ever cross that f***ing bridge again.” 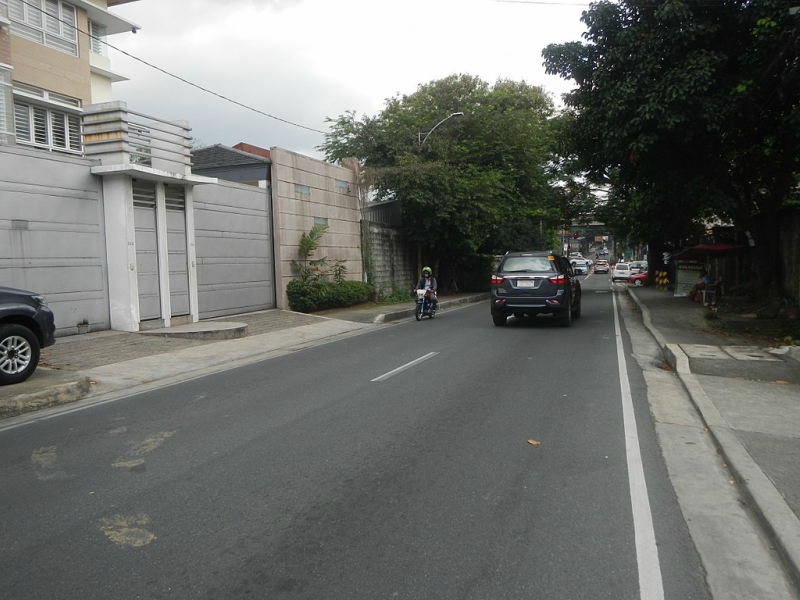 Interestingly, the most infamous Filipino White Lady resides in a suburban area surrounded by trees. This is the ghost haunting Balete Drive, a street in New Manila, Quezon City.

The street acquires its name from the abundant Balete trees around it. This is already scary for many Filipinos because these trees have long been associated with paranormal phenomena. 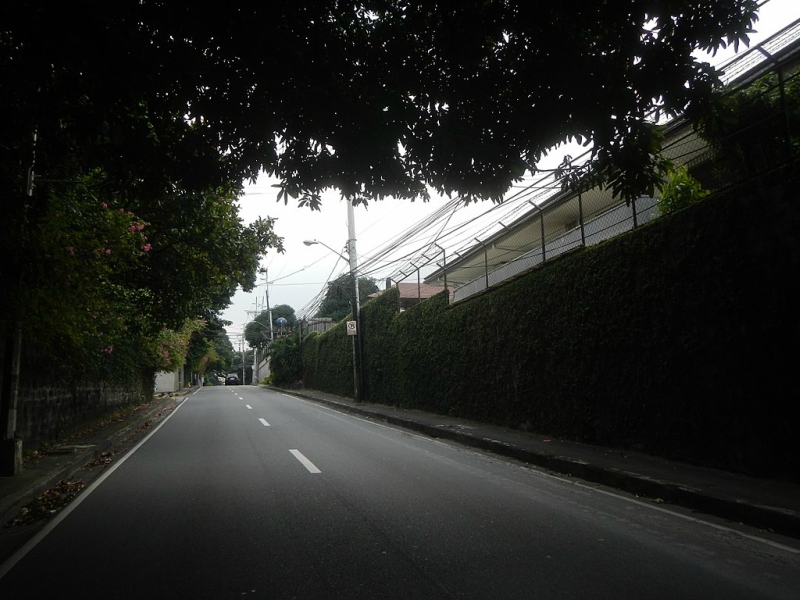 But the White Lady along Balete Drive couldn’t care less, making apparitions to haunt anyone crossing.

For the longest time, witnesses have been urging drivers to avoid the street if they’re alone, especially at night. When possible, the back seat should be fully occupied and that no one should ever look back or stare in any of the car’s mirrors. You know what happens next.

The legend became so scary that many who crossed the street reported sightings, or at least feelings of uneasiness, which is completely understandable. I haven’t been there, but I was told to horn from the intersection where it starts. That should communicate that I’m asking for the White Lady’s “permission” to let me through.

Alice, a 21-year-old university student from Quezon City, agrees that the White Lady is the scariest ghost in the bunch:

“I haven’t really seen the White Lady on multiple occasions I passed by Balete Drive. Still, I felt something was always off about the street. I’m not sure if it’s just my head, the many stories I heard or there’s really something eerie going on.

“But yes, I’m scared of the White Lady the most. Stories are just everywhere. It’s probably the reason why the one at Balete Drive never showed up to me… She knows god knows what I’d do if I see her.” 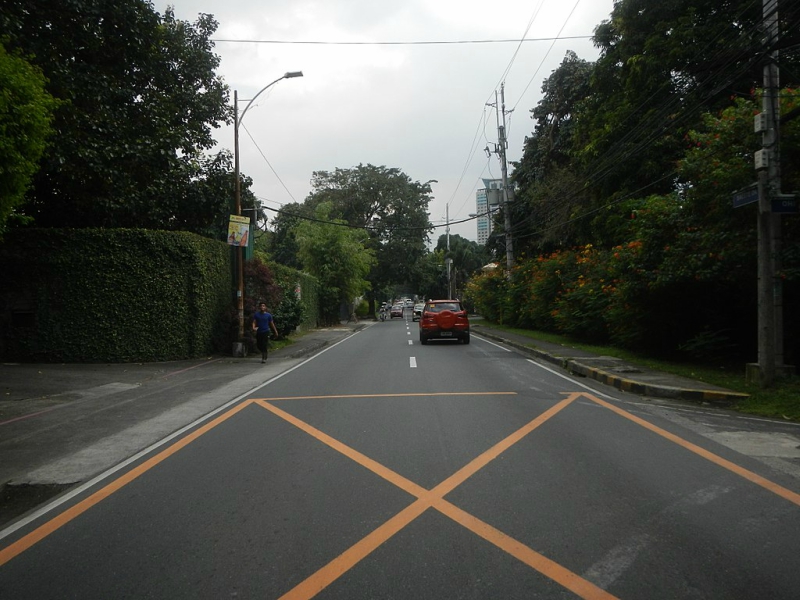 Do you think the White Lady is the scariest ghost in town? Share your thoughts/experiences in the comments!