A man from India was severely neglected by medical personnel after he suffered from an accidental foot amputation from a car accident -- they made him use his own severed foot as a pillow.

Shocking footage of a car accident victim from India using his own amputated left foot as a pillow has recently gone viral on social media.

The clip, which was widely shared almost immediately, ignited an investigation by the Uttar Pradesh government on the Maharani Laxmibai Medical College in Jhansi, India.

The victim, identified as 28-year-old school bus conductor Ghanshyam Singh, severed his left leg below the knee during an accident on Saturday which also left 25 school children hurt. 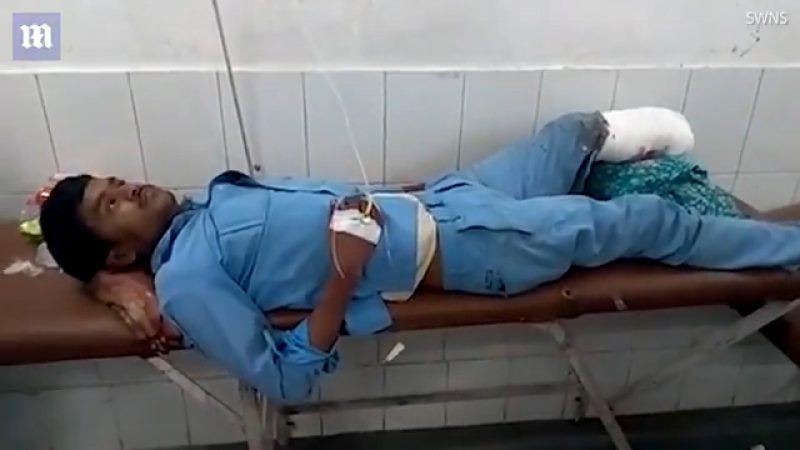 According to the Times of India, the Medical Education Ministry has since suspended the emergency medical officer, senior resident, and two nurses involved in the incident.

Initial reports say that the bus packed with students from a Mauranipur-based public school overturned as its driver lost control while evading a herd of cattle that crossed the road.

According to Dr. Sadhna Kaushik, the medical college principal, Singh’s severed leg could no longer be reattached since the tissue was “already dead”. 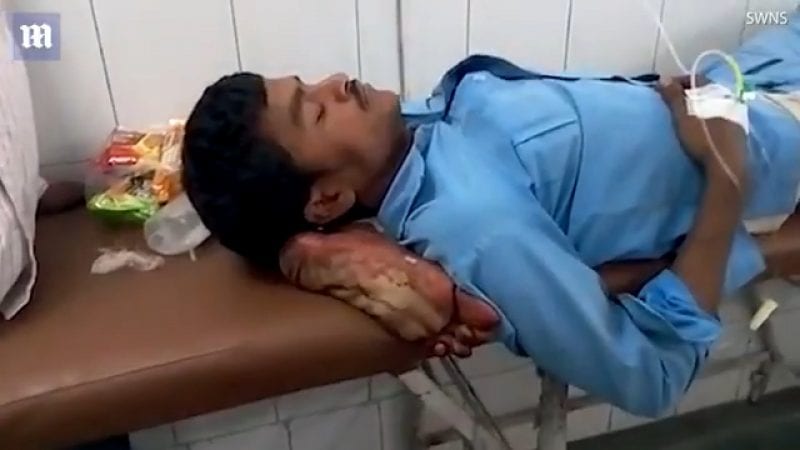 The patient’s relatives had him discharged by evening and transferred him to some private hospital, reportedly due to the hospital’s lack of care and attention.

“When we reached the hospital, we saw his leg being used as a headrest,” Janki Prasad, the patient’s brother-in-law, was quoted as saying. “I repeatedly asked the doctors to intervene but they refused. Finally, after about two hours, I managed to get a pillow for him from the market and that’s when the leg was removed.”

“There was no one to attend him. We had no choice but to take him to a private hospital,” Prasad lamented.