40 Years Ago, Vincent Chin Was Murdered in Cold Blood For Being Asian

On June 27, 1982, friends and family were supposed to attend the wedding of Vincent Chin. They attended his funeral instead.

On June 27, 1982, friends and family were supposed to attend the wedding of Vincent Chin. They attended his funeral instead. 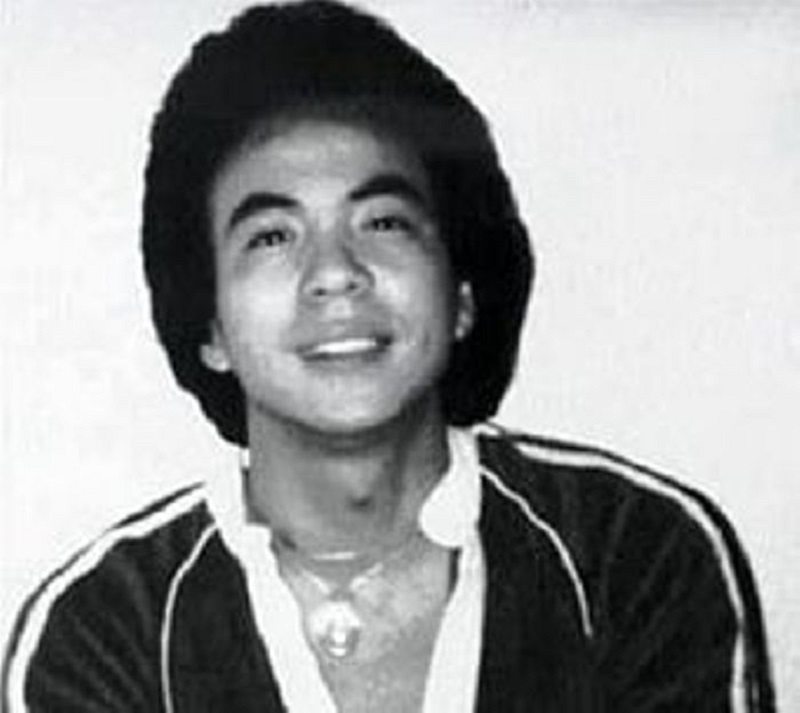 Vincent Chin was the only child of Bing Hing Chin, a WWII veteran, and Lily Chin. Bing Hing Chin had earned the right to bring a Chinese bride into the U.S. as a sign of gratitude for his service, and the two had hoped to begin a family together. After Lily Chin suffered a miscarriage in 1949, the Chins instead opted for adoption and brought Vincent home from a Chinese orphanage in 1961.

Vincent Chin spent most of his childhood in Highland Park, Michigan, until his father was mugged, which prompted the senior Chin to move the family to Oak Park, Michigan. There, Vincent Chin graduated from Oak Park High School in 1973 and made his way into the Control Data Institute. He eventually became an industrial draftsman at an automotive supplier company called Efficient Engineering and worked weekends at the Golden Star Restaurant as a waiter. He proposed to his girlfriend, Vickie Wong, and was soon engaged. The wedding date was set for June 27, 1982.

A wedding that would never come. 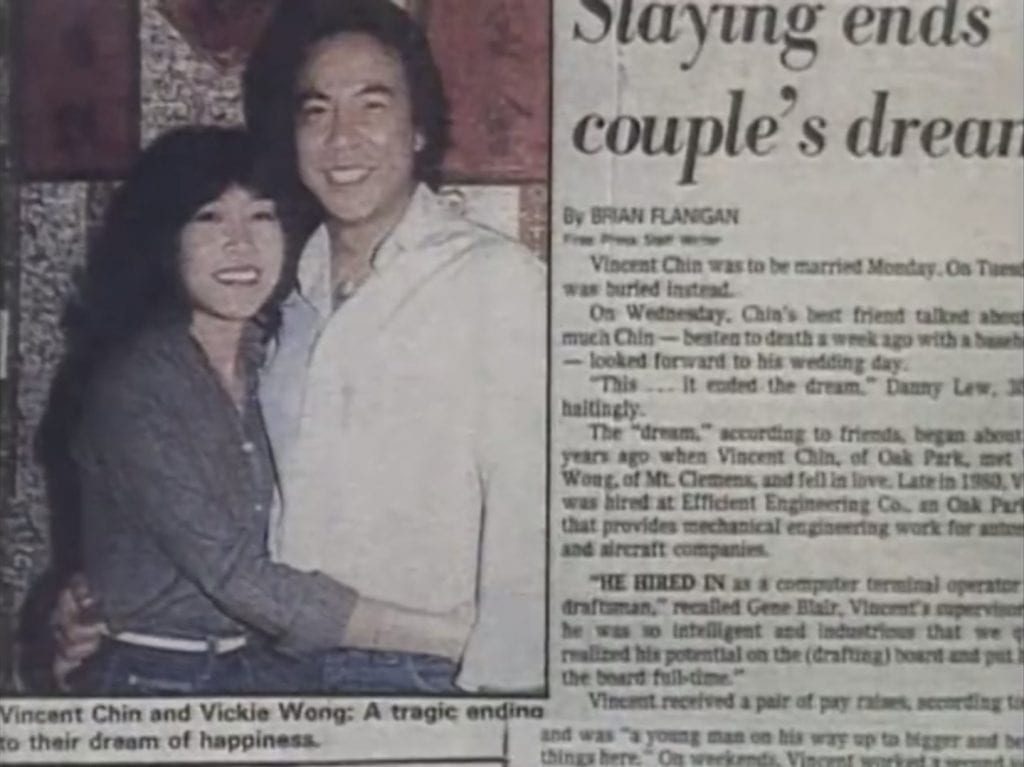 On June 19, 1982, Chin was celebrating his bachelor party with some friends at the Fancy Pants strip club. It was there that two men, Ronald Ebens and his stepson, Michael Nitz, decided to take their anger at the Japanese automotive industry out on a group largely composed of Asian men having a good time; Ebens allegedly instigated a fight with Chin and friends, shouting, “It’s because of you little motherf—–s that we’re out of work!” This racially-charged comment was incorrect, however, as Ebens and Nitz failed to see that Chin was not Japanese, but Chinese, and, regardless, could not logically be the party at fault for the economic downturn of the region but a confluence of complicated events set in motion long before Chin’s birth. But that mattered little to Ebens and Nitz; a heated argument ensued, and the two parties were kicked out of the strip club.

Instead of cooling down and going home, Ebens and Nitz retrieved a baseball bat and searched for Chin and his friends, even paying another man $20 to help in their search. They ultimately tracked him down to a McDonald’s restaurant where Ebens brutally clubbed him until his skull split open as Nitz pinned him down to prevent him from escaping. Chin was immediately taken to the hospital, where he remained comatose until his death four days later on June 23, 1982.

But even though Vincent Chin’s life had ended, another tragedy began — government officials, legal organizations, and politicians failed to rally behind Chin’s case because they didn’t see how his death could be connected to civil rights. In the beginning, only the nascent activist group, American Citizens For Justice, believed that any civil rights laws that were currently in place should be extended to protect Asian Americans.

This angered many Asian Americans and prompted them to fight Ebens and Nitz in a federal civil rights case. Both men were tried, but only Ebens was found guilty and sentenced to 25 years in prison while Nitz was acquitted. And while the following civil suit was settled out of court in 1987 where Nitz and Ebens were ordered to pay $50,000 and $1.5 million, respectively, the civil rights convictions were later overturned in a retrial — Ebens and Nitz would no longer face jail time for their heinous deeds, but the damages would still be owed to the Chin estate. 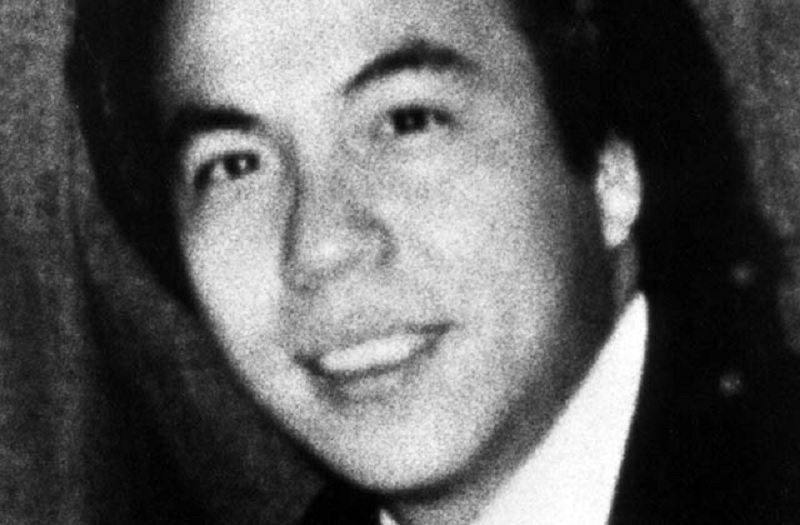 Forty years later, Ebens, now 82 years old, owes the Chin estate an estimated over $8 million due to interest charges and missed payments. Recently, Ebens fought to remove the Chin estate’s lien from his house, but the judge overturned this in favor of the Chin estate; the lien is currently still in place. The Chin estate continuously seeks what is rightfully theirs, but due to some legal finagling (his house is not in his name, but in the name of a trust set up by a friend), Ebens has been able to live out the rest of his life in relative comfort — which is far more than what Vincent Chin is able to say.

Lily Chin has since passed away, with all hope of justice for her son dying long before she did. Lily Chin moved back to China in 1987, as being in the U.S. reminded her of the terrible tragedy inflicted upon her family. “What kind of law is this? What kind of justice? This happened because my son is Chinese. If two Chinese killed a white person, they must go to jail, maybe for their whole lives… Something is wrong with this country,” Chin said of her son’s trial.

And as for the Asian American community, Vincent Chin becomes a talking point every June — but not because the public school curriculum forces children to learn about him or because college professors like to talk about him when discussing culturally important events, as he is all but forgotten in these circles. Instead, it’s because the community sees the impact his trial had on Asian Americans, who would receive protection under civil rights laws now extended to them. The community sees the relevance of his trial in today’s society, where so many are being targeted for being a minority. The community also sees the significance of his trial for future use, as teaching the next generation about the injustices Asian Americans have faced only serves to strengthen its bonds and serve as a rallying point of commonality.

And the community wants to share that the story of Vincent Chin is not just one of Asian Americans, but one that should be told and retold to Americans of all nationalities. As Helen Zia, one of the founders of American Citizens for Justice and executor of the Chin estate, so pointedly remarks: 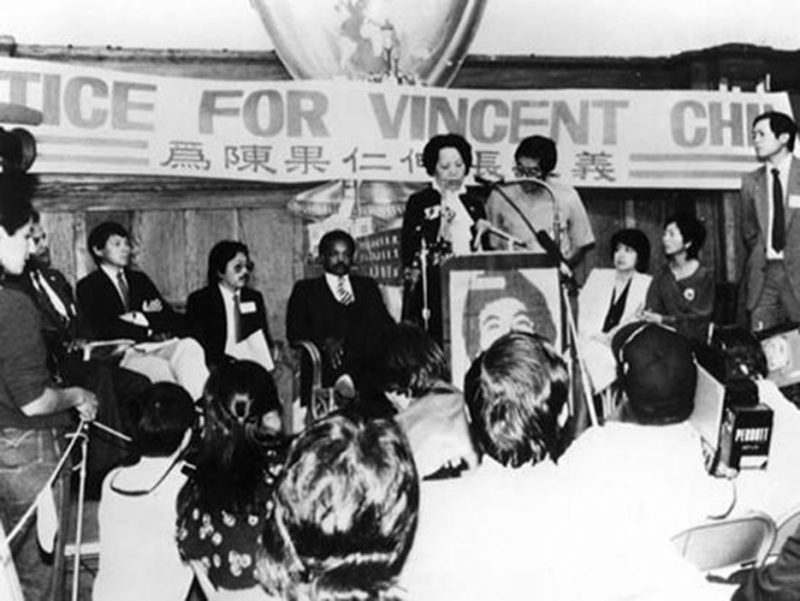 Today, Chin would have been 67 years old, perhaps spending time with his children and grandchildren, getting ready to retire from a long and prosperous engineering career. He would have enjoyed hobbies, pursued his interests and chased his dreams with his wife alongside him. They might have traveled, seen the world, and made happy memories together, like any other family would have done. But his life was cut short at 27 by two men who got away with murder. These two men got to spend time with their children and grandchildren, pursue their interests, and make happy memories with loved ones, while Chin lost his life, his fiancée lost her betrothed, and his parents lost their son.

And although Chin may be gone, his legacy — helping to extend legal protections to disadvantaged Americans — stays, and must be preserved.

The search for justice continues.