U.S. Marine in a Coma After Rescuing Japanese Citizen From Car Accident

An American marine was hit by a car and ended up in a coma while attempting to rescue a distressed Japanese local during a traffic accident in Okinawa, Japan.

Master Sgt. Hector Trujillo was on his way to work before a traffic accident occurred on an expressway earlier in December at about 5 a.m.

Trujillo immediately got out of his vehicle to save an endangered stranger who crashed his car in an automobile accident by pushing him out of harm’s way. However, Trujillo was struck by another vehicle just as he was rescuing the victim. He was airlifted back to San Diego’s Naval Medical Center due to his severe injuries. 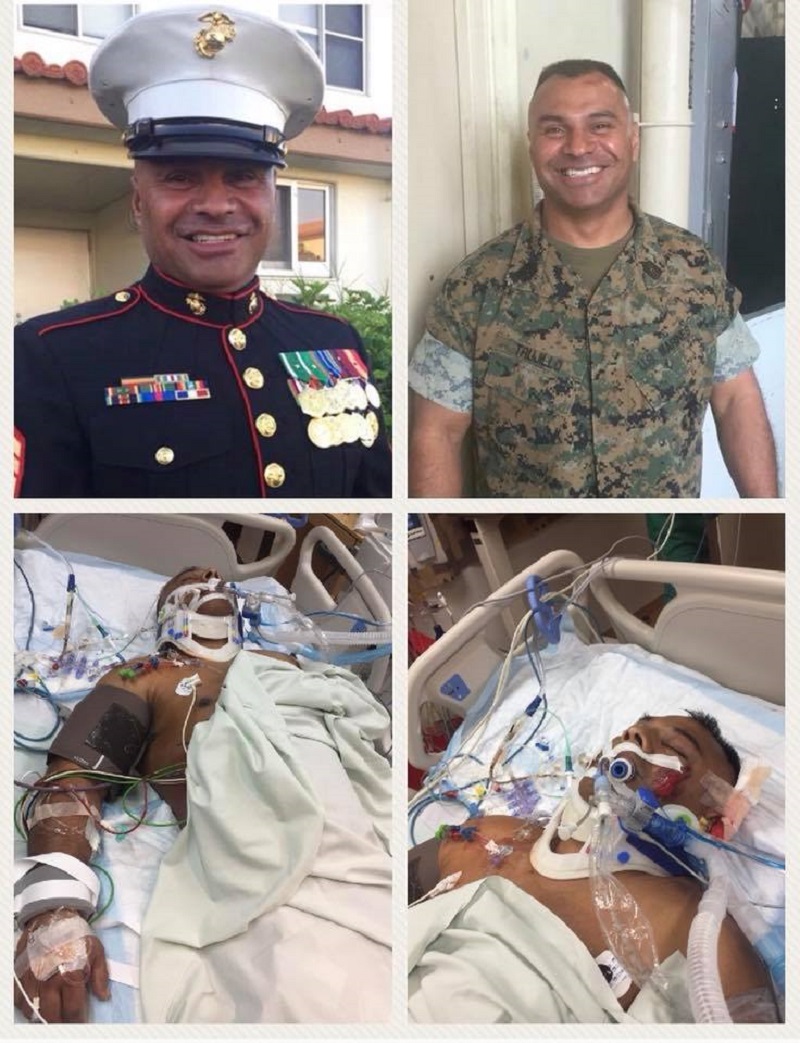 According to NBC, the U.S. Marine sustained neck and spinal injuries as well a fractured skull, which resulted in a medically induced coma. It’s reported that Trujillo has three worried children waiting for him to recover, including his oldest son who serves in the Air Force, another child is in college and the youngest is in high school..

“He is a good Christian man always willing to lend a helping hand to anyone in need,” Texeira explained.

“We just want him to pull through,” Texeira added.

Master Sgt. Trujillo’s wife, Maria Carrillo, explained via a Facebook post that her husband has been a hero for 28 years.

“He has a heart of gold. He is always ready and eager to help when sees the opportunity,” Maria` added. “I love him. I’m praying for him. He’s my hero, my sweetheart, I want him to recover, to come back to me, to hold my hand and continue to go on dates with me,” Maria said.

Texeira created a fundraising page so others can contribute to helping Trujillo’s family cope with medical bills and other expenses, and the selfless marine’s grave situation.