An ad for a private tutor matching service has sparked accusations of racism for its alleged demeaning portrayal of an Asian woman.

Tutoroo, a French-owned startup that connects people with private language tutors, released an ad called “Getting the Phone Number of a Chinese Girl” on Facebook last year.

A British guy asks a Chinese girl for her number, here is how she answers.

In the video, a British guy is shown asking the number of a Chinese woman who had trouble with her English pronunciation. Instead of saying the numbers “666-3629” correctly, she says: “Sex, sex, sex. Free sex. Tonight.”

The ad has since received over 2,000 reactions and hundreds of comments on Facebook.

When the startup re-uploaded the clip last month on Twitter, it gained more traction but also attracted commenters who found the use of the Chinese woman offensive.

This is beyond awful. I think you should take it down, apologize and send whoever came up with it and whoever approved it on some diversity training.

Just curious how many of yr co are white men or ppl who’ve bought into white supremacist ideas? Amazingly, taking piss out of many langs does not give you a pass to put out toxic sexist, fetishising Sinophobic content.

Because this is a sick racist and sexist imagining. It reinforces the stereotype that Chinese women are easy and that they can’t speak English well…

Oh, please. You’re not just telling people they can teach their mother tongue anywhere. Your ad says come to Asia where beautiful women are waiting to be laughed at and patronised… and they’ll even go on a date with you! Misogyny and racism aren’t funny. Do better.

This is why Chinese girls like yingying zhang get murdered.

This is absolutely vile.

1. sexist
2. racist
3. stereotype
How ignorant of this advertisement & I’d love to point out that many Asians are fluent at speaking English. You’re now wrapping up lots of us can’t speak English well.

In response to the criticism, a French entrepreneur and Tutoroo founder Nicolas Vanhove denied the video was racist, stating that he believes it is funny to make fun of any accent. 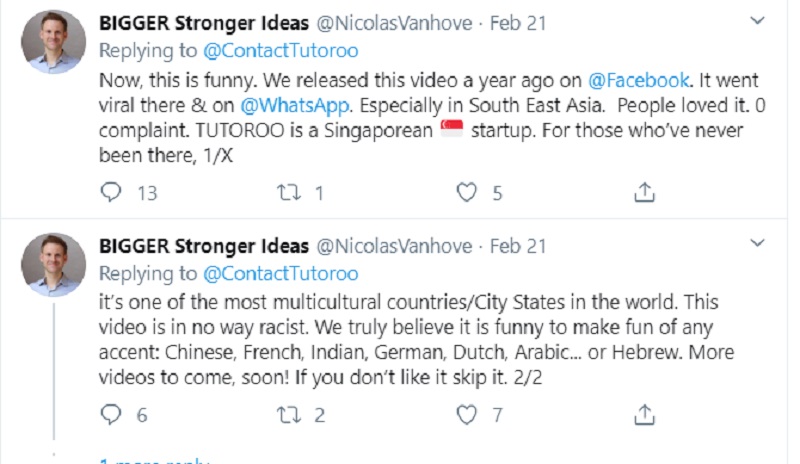 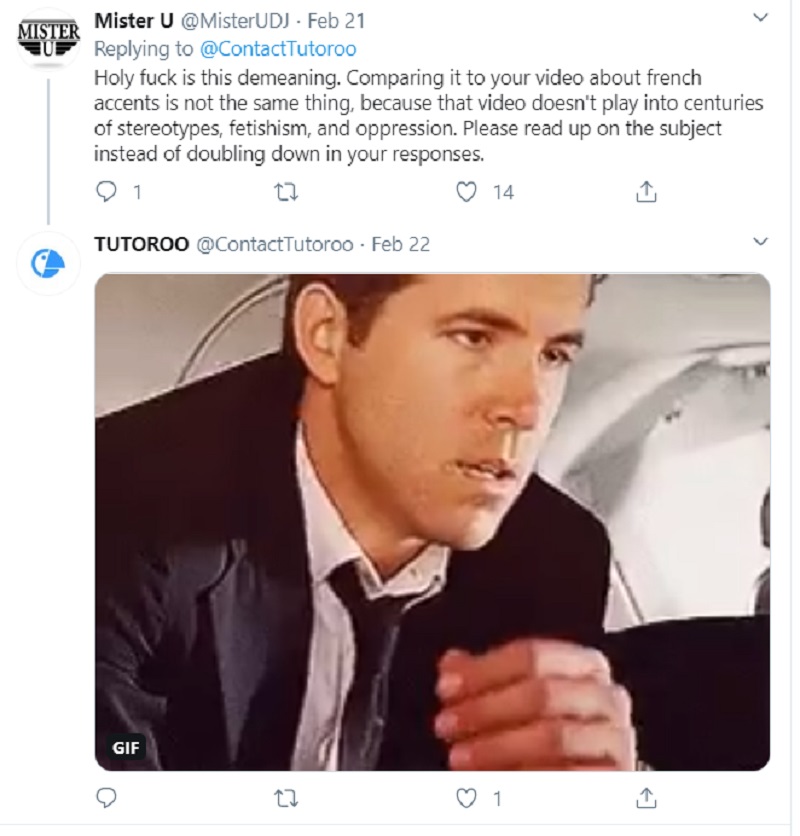 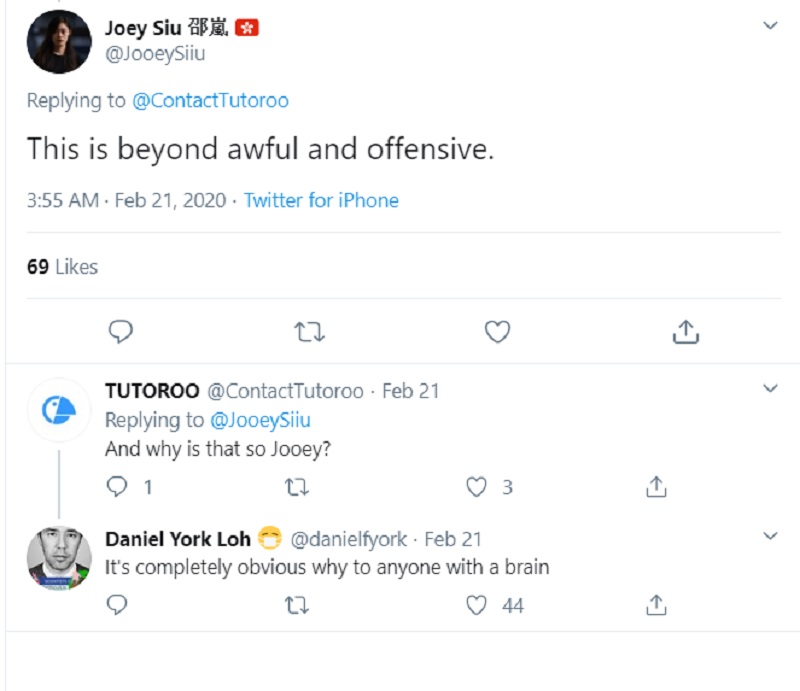