Contestant Bashed Online For Using 2 Lifelines to Answer ‘Where is the Great Wall of China?’

A contestant on Turkey’s version of “Who Wants to be a Millionaire?” was caught in an embarrassing situation when she almost failed to answer: “Where is the Great Wall of China?”

Su Ayhan, a 26-year-old economics graduate from Istanbul, Turkey appeared on an episode of “Who Wants to be a Millionaire?” on Aug. 4, according to Hurriyet Daily News.

During the fourth round of the game show, she was asked the question “Where is the Great Wall of China?”

She said that she knew where the historical place was but still decided to use one of her lifelines to “Ask the Audience.” Surprisingly, only 51% of the audience members answered correctly while the rest chose the other options — India, South Korea, and Japan. 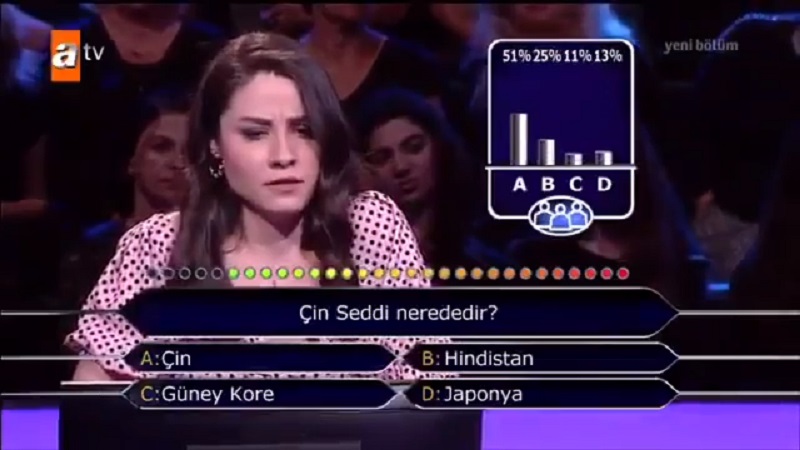 Disappointed by the audience’s answers, Ayhan proceeded to use another lifeline by phoning a friend. She was given the right answer, which is China. 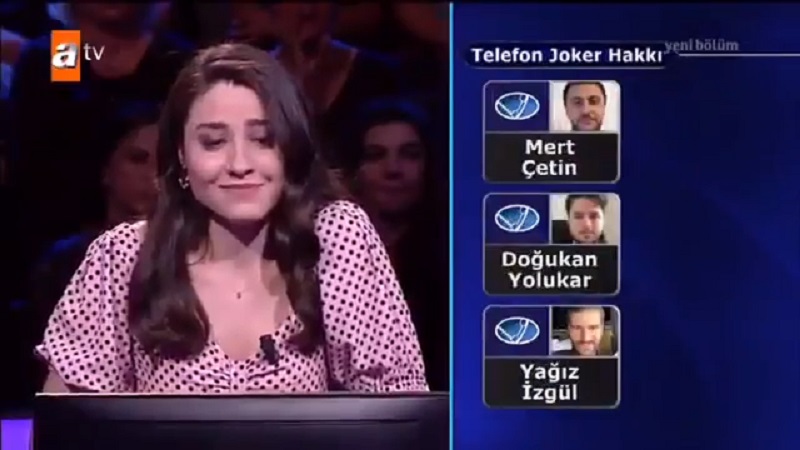 Many netizens were quick to criticize Ayhan’s lack of knowledge about the location of the Great Wall of China.

“What kind of education system do you have in Turkey,” a Beijing-based Twitter account wrote after the episode aired on private broadcaster ATV.

Even people from her own country of Turkey seem to criticize the contestant.

“I hope many people in the audience failed to answer the question thinking it was too easy to be asked, setting a trap. Otherwise, this huge ignorance problem cannot be solved, even with our new Education Minister Ziya Selçuk,” a columnist from the Hurriyet Daily News said. 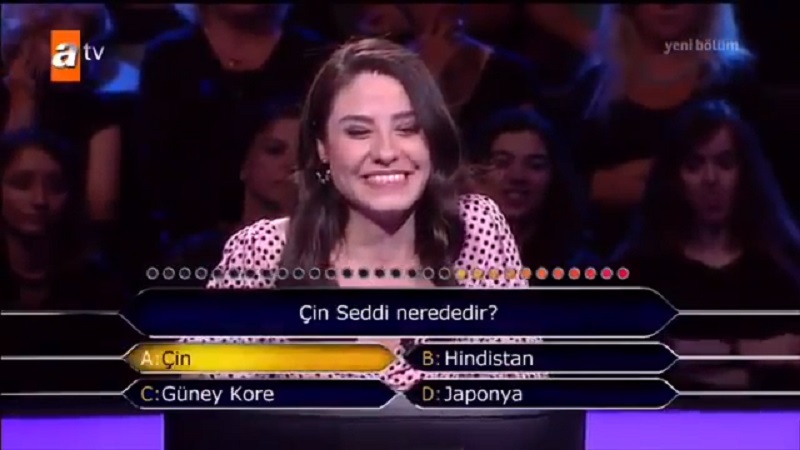 “I could use my lifelines whenever I wanted,” Ayhan said in response to all of her haters.

She was eventually eliminated in the following round when she was asked about the name of the composer of a popular Turkish song.