During a press conference at the Lotte Hotel in Seoul on June 20, Cruise expressed his love for South Korea in what marked his 10th official visit to the country. His last was four years ago to promote “Mission: Impossible – Fallout” in 2018.

Throughout his trip, Cruise made finger hearts, face hearts and hand hearts along with the other members of the cast, pleasing Korean fans. 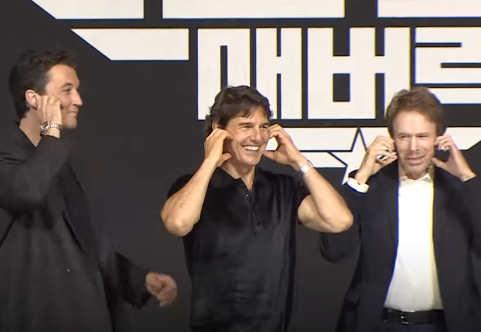 “It’s such a beautiful culture, and it’s such a privilege to be here,” he said.

The star also emphasized that he had spent long hours in hotel rooms thinking of what the sequel could be about after fans from “every country” he would visit, would “ask for the sequel.”

“There was a tremendous amount of pressure,” said Cruise, alluding to the three decades it took to release a “Top Gun” sequel since the first film premiered in 1986.

Korea was the final leg of the tour for the movie’s cast and crew, including producer Jerry Bruckheimer and fellow actors Miles Teller, Glen Powell, Jay Ellis and Greg Tarzan Davis, all of whom were also present at the conference.

The Korean press also gifted the cast with a recreation of the aviation bomber jackets from the film in the style of royal Korean robes. 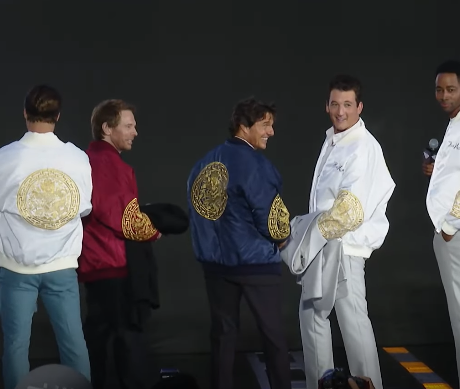 “So beautiful,” replied a grateful Cruise with a hand to his heart when asked whether he liked it.

Cruise celebrated his 60th birthday on Sunday, which coincided with the film’s crossing into the $1.1 billion worldwide earnings mark even without being screened in China, which banned the movie.