A local model has earned the ire of durian lovers in Thailand after doing a titillating durian-themed photoshoot which many have found distasteful.

Wearing some very skimpy outfits, Phitchayamon “Lookchin” Longthong posed in a variety of provocative positions with the notoriously pungent but popular fruit. 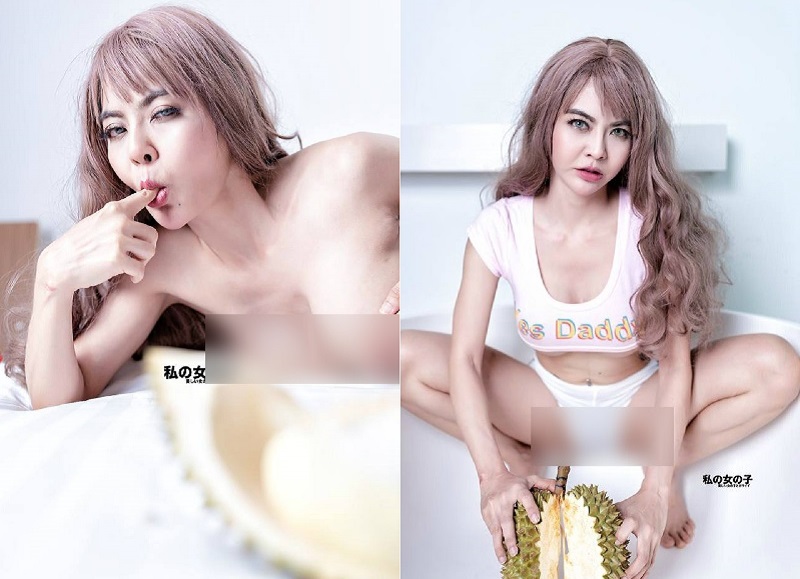 In some images, Lookchin can be seen licking the king of fruits and spreading her legs as she smiled for the camera. Aside from the fruit, the model’s crotch is also prominently featured in almost all of the photos. 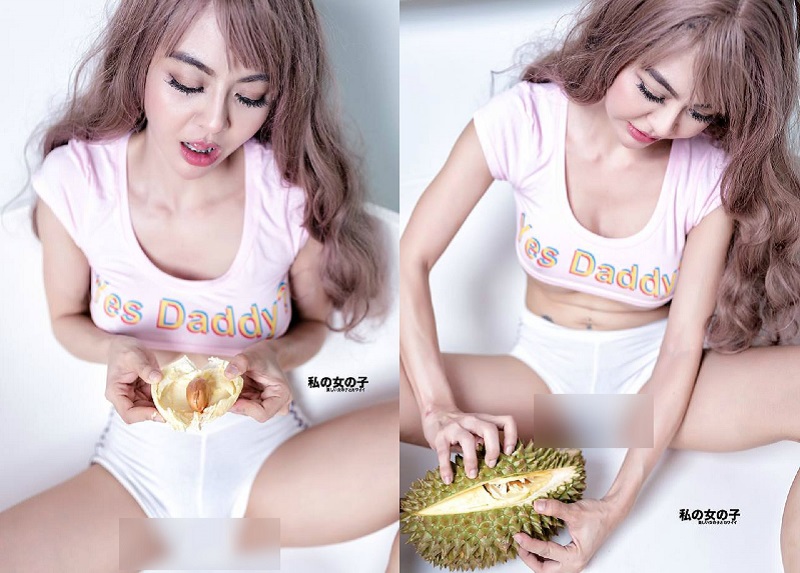 Netizens were not amused by the stunt and expressed their outrage on social media, with many saying her tasteless images had spoiled their craving for the fruit. 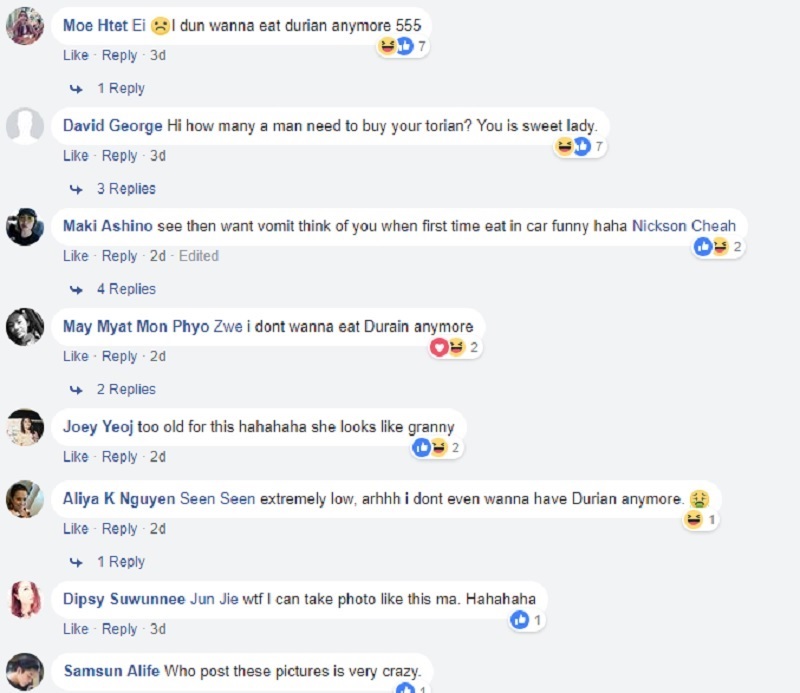 “There goes my durian craving,” a female netizen wrote.

The photos were posted on “Sexy Angel,” a popular Facebook page about local models which has over 2 million followers. 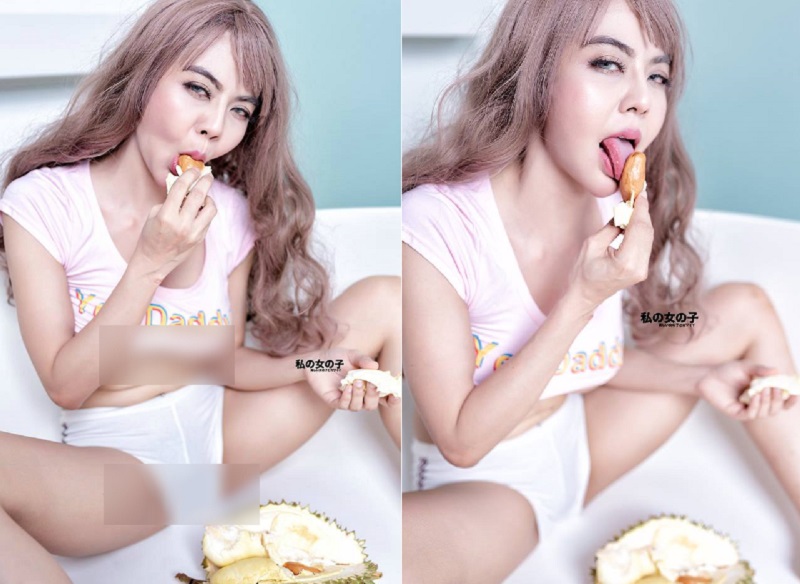 In some of the photos, the durian takes center stage with just a blurred out silhouette of the model in the background. 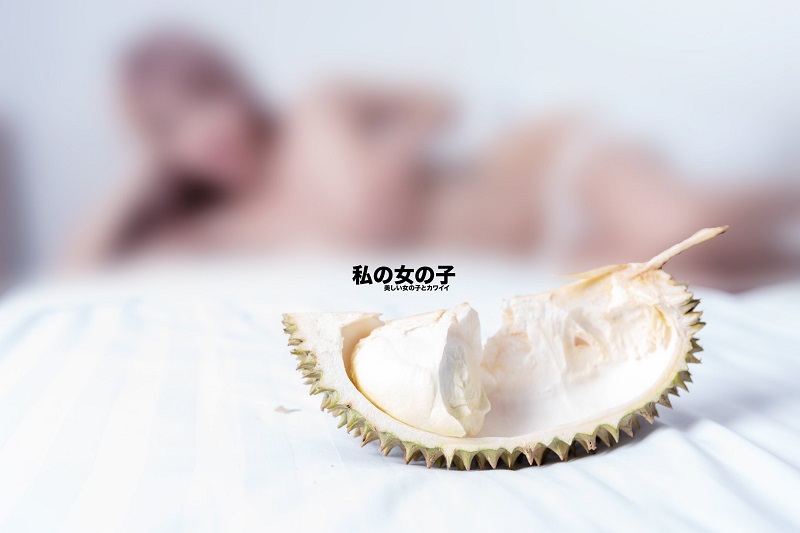 The photo collection has since gone viral, generating over 65,000 reactions and numerous comments which mainly criticized the pictures. 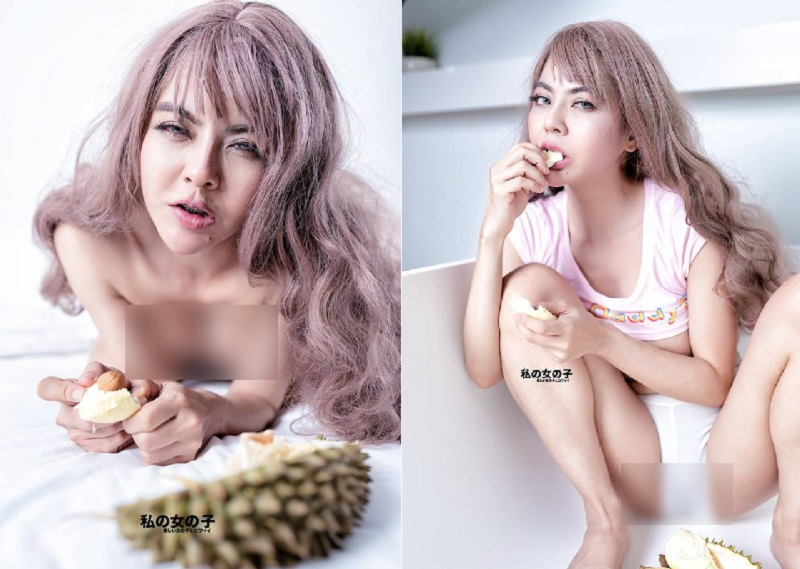 “This is the ugliest thing I’ve ever seen,” a male commenter wrote.

“If I was a durian farmer, I would gather all my farmer friends to arrest you for impurifying durians and make people disgusted,” said one woman.