In a show of solidarity, social media users have started changing their profile photos to an illustration of Vicha Ratanapakdee, an 84-year-old Thai man who died after being shoved in San Francisco last week.

The attack, which was caught on surveillance video, occurred as Ratanapakdee was walking along Anza Vista and Fortuna Avenues at 8:30 a.m. on Jan. 28.

For no apparent reason, Antoine Watson, 19, darted from the right side of the camera frame to push Ratanapakdee to the ground, leaving him with life-threatening injuries.

Ratanapakdee was brought to San Francisco General Hospital, but he eventually died on Saturday.

On the same day, Watson was apprehended at his home in Daly City along with 20-year-old Maylasia Goo, who allegedly fled the scene with him.

Watson was arrested on suspicion of murder, elder abuse and assault with a deadly weapon, while Goo was arrested for being an accessory to the crimes.

Family members believe Ratanapakdee was attacked for being Asian, a recurring incidence in the ongoing pandemic.

On Monday, Los Angeles-based designer and illustrator Jonathan D. Chang paid tribute to Ratanapakdee with a drawing based on one of his photos.

“My condolences to the family of Vicha Ratanapakdee. I hope justice will be served,” Chang wrote.

The image quickly spread on Instagram, with people using it as their profile picture. 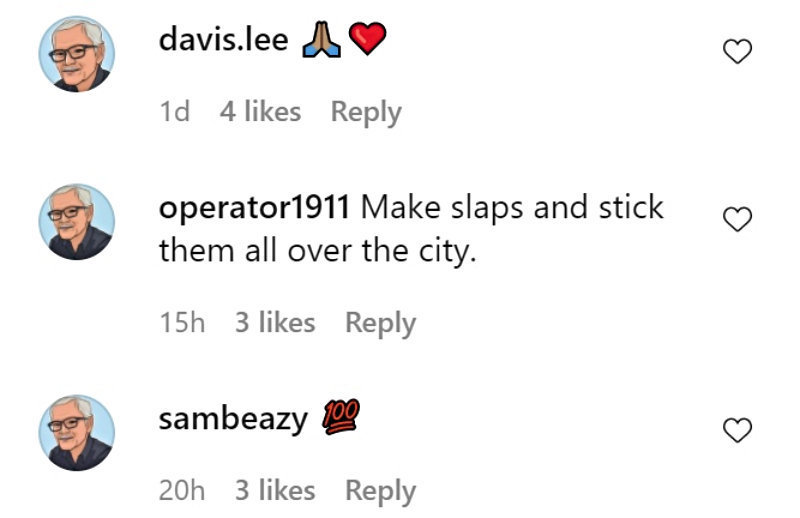 Lawson has set up a GoFundMe page for his father. As of this writing, the page has raised $26,000.

“This was a horrific, senseless attack, and I send my deepest condolences to the Ratanapakdee family for this unthinkable pain. My heart goes out to the entire AAPI community for the harm and fear this tragedy has inflicted,” DA Chesa Boudin said.