Korean Pro Footballer Harassed By Racist Fan in the U.K.

South Korean footballer Son Heung-min of Tottenham Hotspur was lambasted with a tirade of racially-demeaning insults by a racist man who identified as a West Ham fan. Video of the man’s verbal assault was circulated on social media and has angered both Son’s team as well as West Ham United.

In the video, the man was heard yelling, “Can you get us a new copy of the new ‘Planet of The Apes’ film?” from a nearby car while pointing a camera straight at Son’s vehicle. Another fan was seen approaching Son’s vehicle to take his autograph but the verbally abusive man continued his insults and persistently told the South Korean footballer “you do DVD’s.”

When the 25-year-old football star finally decided to roll up his windows, the man insulted him one last time by yelling, “Yeah, West Ham, you wanker.” According to DailyMail, West Ham United have since pushed to “unreservedly condemn” the display of racist behavior and stated that they have “a zero-tolerance approach to any form of discrimination.” 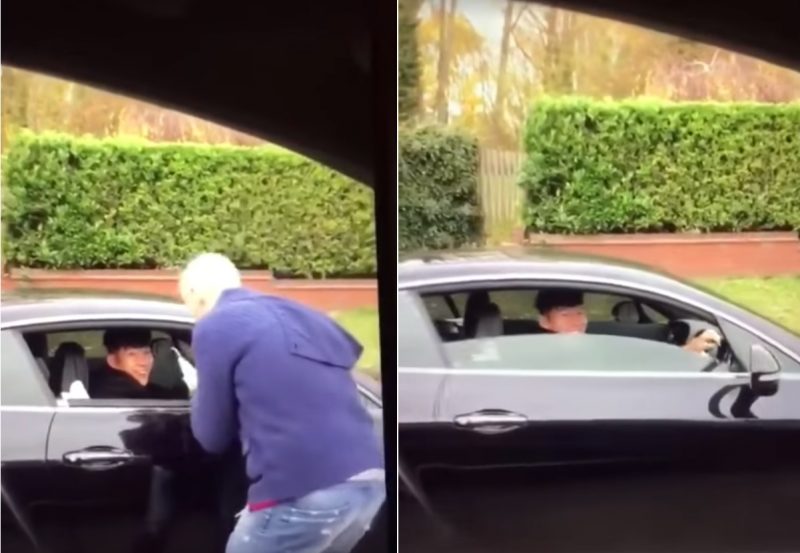 “Anyone behaving in this manner is not representative of our club and its values, and anybody who witnesses discrimination or abuse such as this at West Ham are urged to contact us in confidence,” a West Ham spokesperson explained.

Tottenham Hotspur also showed their full support for Son when they released a statement saying, “Racist behavior is completely unacceptable and we hope that the individual is identified to the authorities and the necessary action taken.”

However, this isn’t the first time the South Korean football star was subjected to such insults as Millwall fans directed similar racial slurs at him during last season’s FA Cup. According to Mirror, Colombian footballer Edwin Cardona also poked fun at Son by using the slant-eye gesture on him.

There’s no question how much the slant-eye gesture is frowned upon given the grave consequences that Cuban MLB player Yuli Gurriel faced after being spotted doing the notorious gesture.