Conjoined twins have been called “Siamese twins” for a reason: the “first” of their kind hailed from Siam, now Thailand, before moving to the West in pursuit of greener pastures. 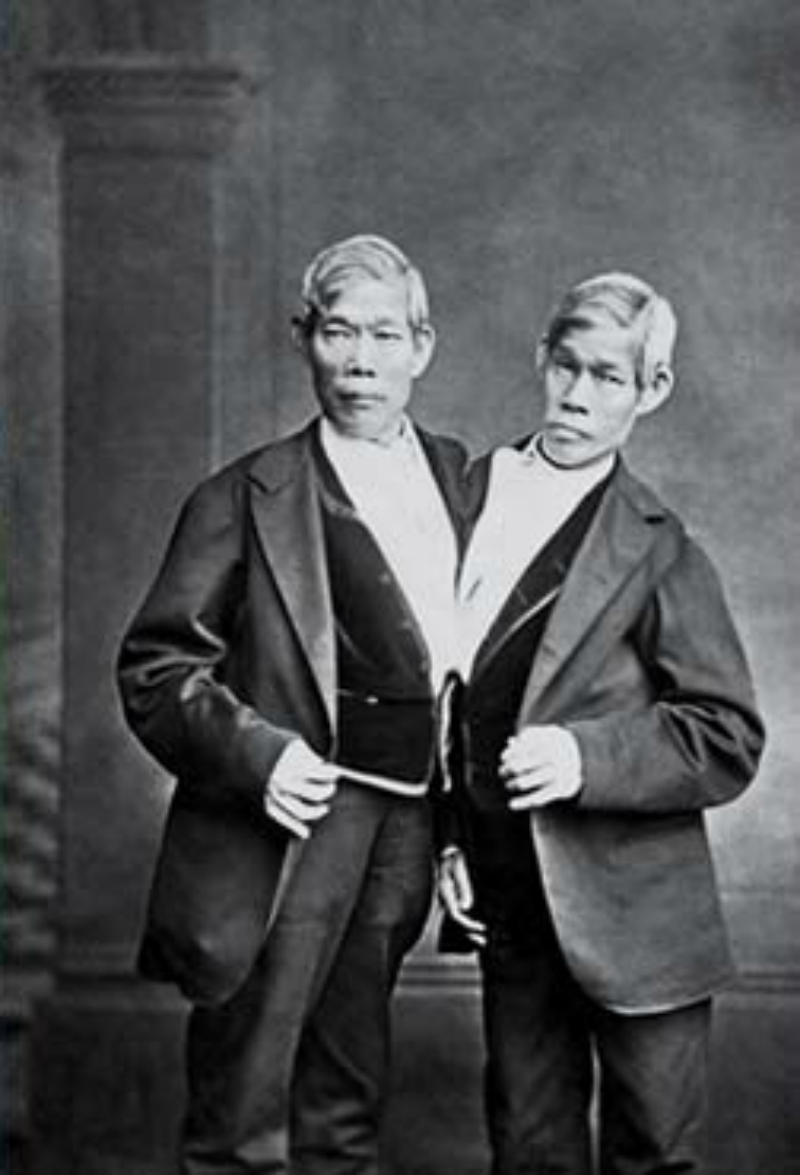 They were Chang (left) and Eng (right) Bunker, married to two American sisters and fathers of 21 children.

Chang and Eng were born on May 11, 1811 at a fishing village in the province of Samutsongkram, about 60 miles from Bangkok. Their father was Chinese, while their mother was Chinese-Malay.

At the time of their birth, the midwives attending to their mother were mortified upon seeing a thick, twisted ligament that connected them. They were originally named Jun (Chang) and In (Eng), according to the Daily Mail. 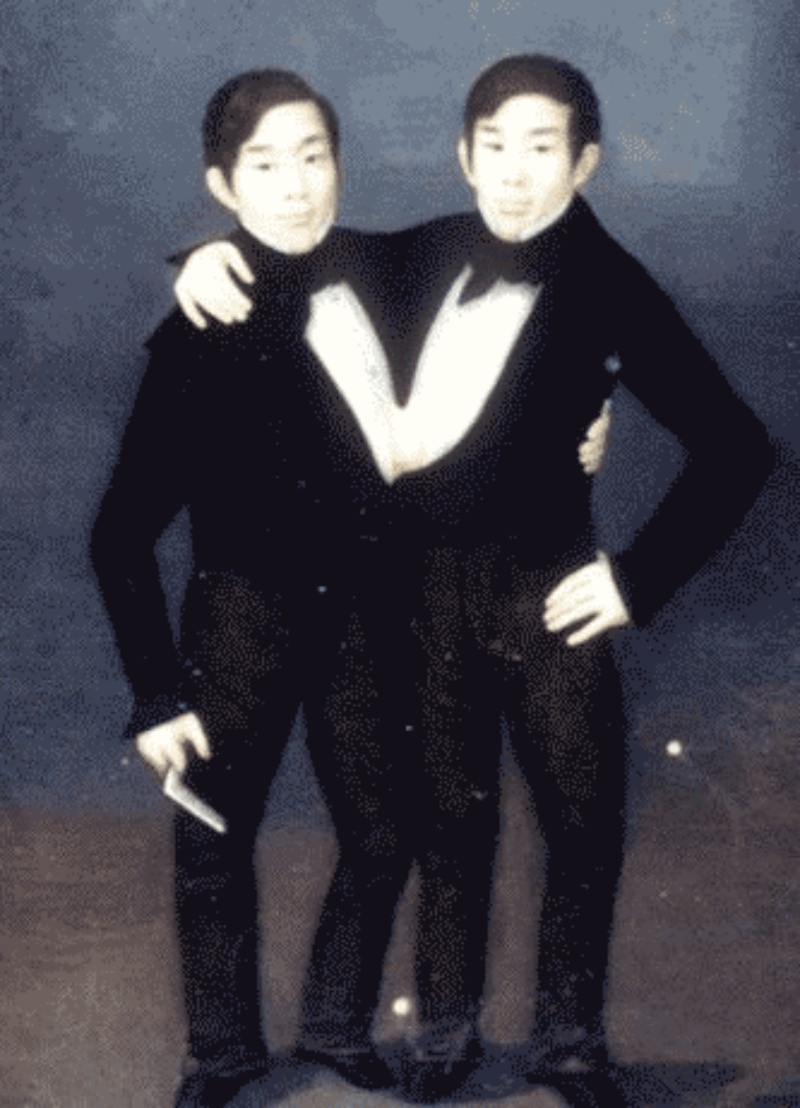 Chang and Eng grew up to be strong boys. They ran, swam, rowed a boat and helped the family sell preserved duck eggs.

Life took a different course for the twins in their teenage years, when a British merchant by the name of Robert Hunter spotted them. Hunter, who initially thought they were “some strange animal,” proposed to bring them to the West for their earning potential as public entertainment.

Chang and Eng’s mother was easily convinced. However, the King of Siam, Rama III, was reluctant. It took five years and the help of an American sea captain, Abel Coffin, to persuade him.

By 1829, the 17-year-old twins found themselves aboard Coffin’s ship for Massachusetts. Their mother received $500 from Hunter and the captain in exchange for her sons for 30 months. 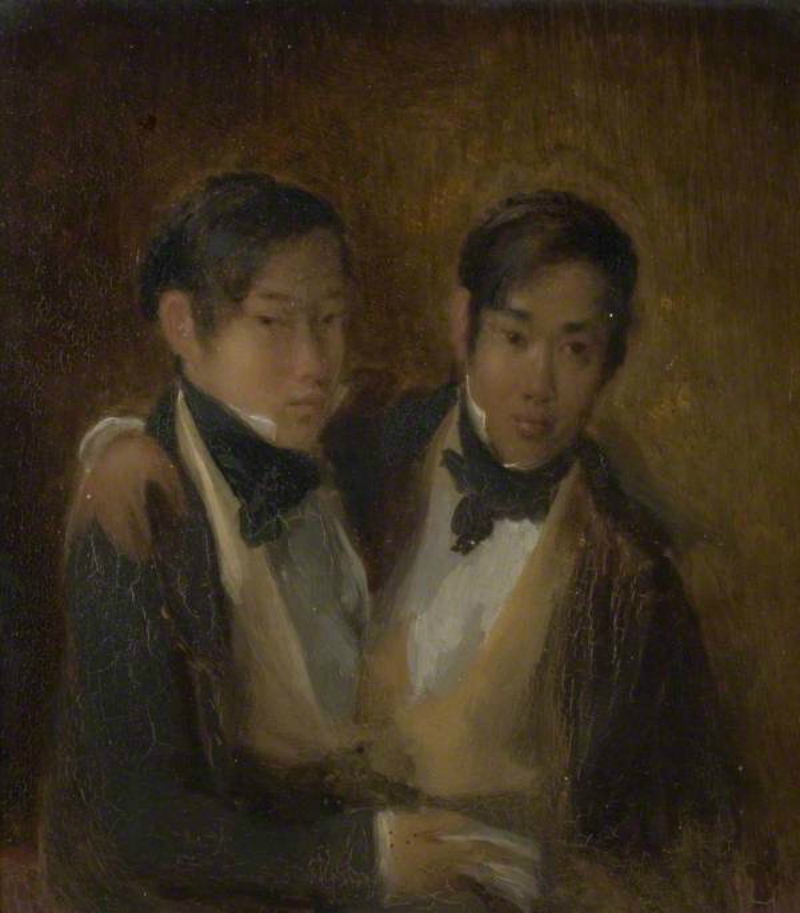 Chang and Eng trained and performed to entertain the public across the United States. They became known as “The Siamese Double Boys” and received a generous compensation from Hunter and Coffin.

They sailed to Britain in 1830 to perform and see doctors, who heard of their story and craved to examine them. They returned to the U.S. healthier and wealthier the following year.

Upon their return, they decided to part ways from Hunter and Coffin and sought their own manager. More educated, they now demanded respect and fought anyone who treated them poorly. They spent the next seven years of their life performing on the road.

Chang and Eng eventually grew tired of their work and wished to lead a quiet life. This came true after they met a young physician from North Carolina, James Calloway, who invited them to return home.

At this point, the twins were classified as White and became U.S. citizens. They took the surname “Bunker” from a man behind them in a queue when they arrived at the naturalization office. 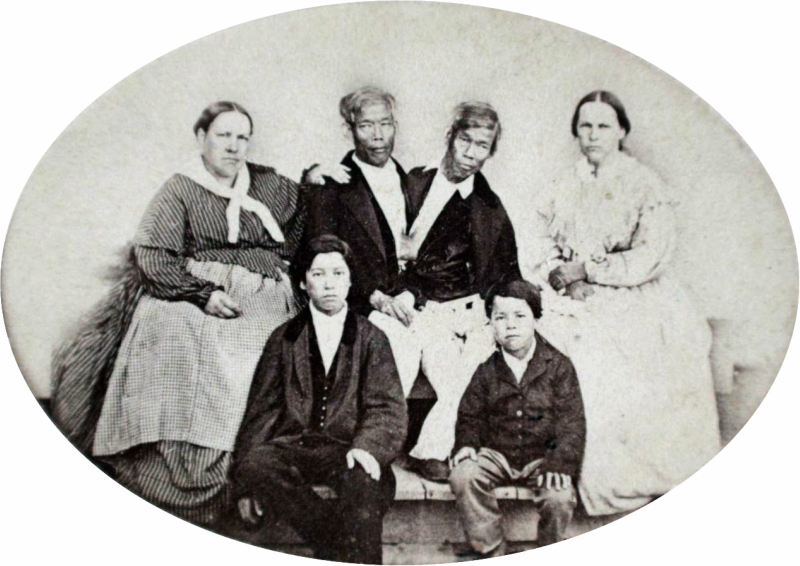 Chang and Eng settled in North Carolina with a house, a store and 200 acres of farm, where their own slaves worked. It was during this time when they pursued the daughters of their neighbor, David Yates, who was also a farmer.

In 1843, Chang married Adelaide, while Eng married Sarah, in the Yates’ living room through a Baptist preacher.

How the couples handled matters to conceive their 21 children is, for quite the obvious reason, unknown. Chang and Adelaide had 10 children, while Eng and Sarah had 11. 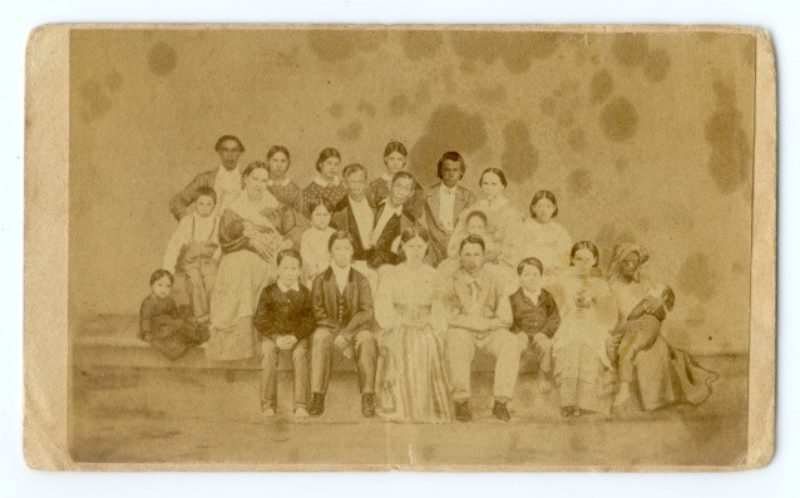 Everything seemed to be going smoothly for the families until the American Civil War, when the twins decided to return to the road for money. From there, life went into a downward spiral — Chang turned to alcohol, Eng turned to poker and both were desperate to win the fame they once had.

It was in January 1874 when Chang, who suffered a stroke years earlier, caught bronchitis. He died on his sleep one day, and so did Eng about three hours later.

Eng exclaimed after his brother’s death, “Then I am going! I am dying… May the Lord have mercy on my soul!”

According to an autopsy, Chang died due to a cerebral blood clot. Eng’s cause of death was much more controversial. Doctors initially theorized that he suffered from shock, which resulted from the distention of his bladder and retraction of his right testicle. 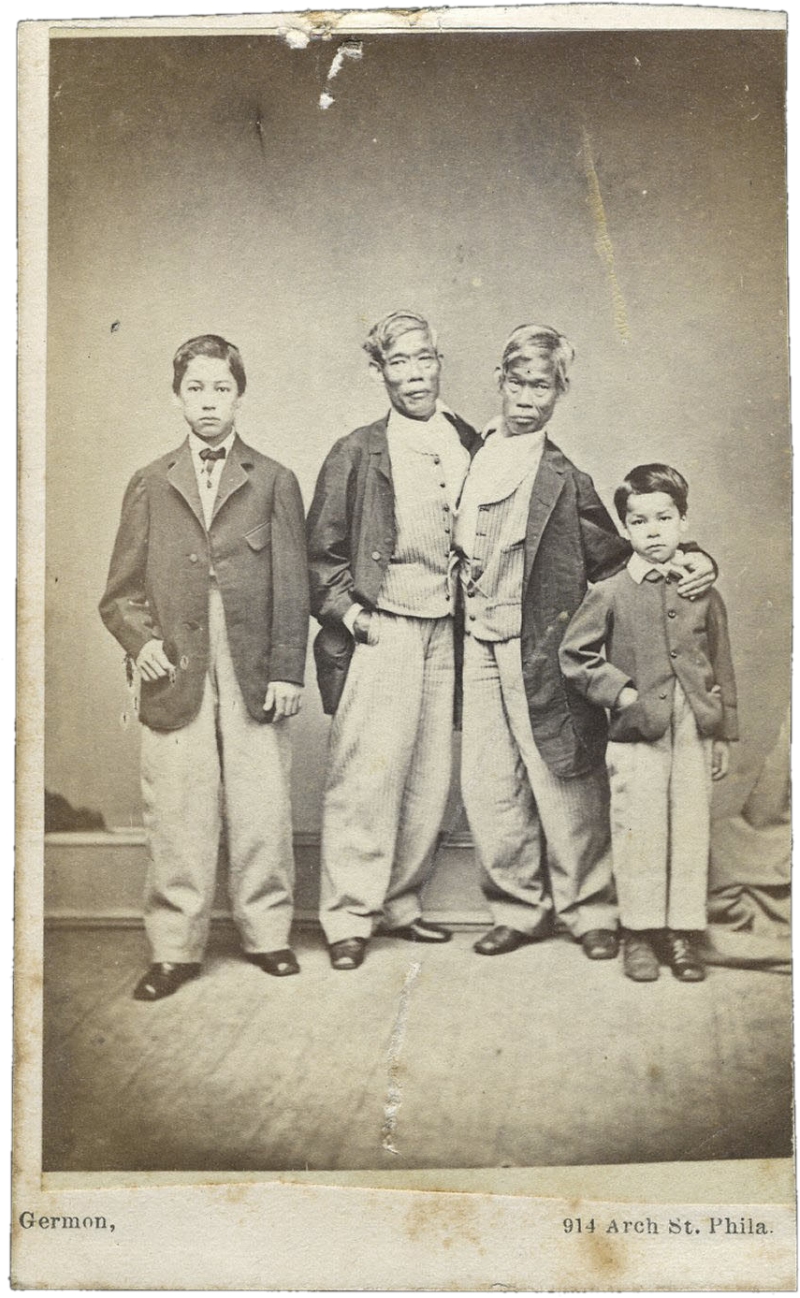 Following their death, their shared liver was preserved at the Mutter Museum in Philadelphia. Their personal artifacts were likewise put on display at the North Carolina Collection Gallery in the University of North Carolina at Chapel Hill.

And, as history put it, they would become the origin of the colloquial “Siamese twins” to refer to identical twins who fail to separate in the utero.

The twins’ grave lies near Mt. Airy in North Carolina.

All images are in the U.S. public domain.