A young Thai woman’s desperate plea for help via a secret note helped her and four other women get rescued from a prostitution den in Busan, South Korea.

According to AllKpop, the unnamed woman stealthily passed along a note to a cashier at a local supermarket at around 4:20 am in an unspecified day back in May.

Written in English, Korean, and Thai, the message claimed that the woman had been forced into prostitution and is being held against her will on the fourth floor of a building. The note, however, did not include further specific details. 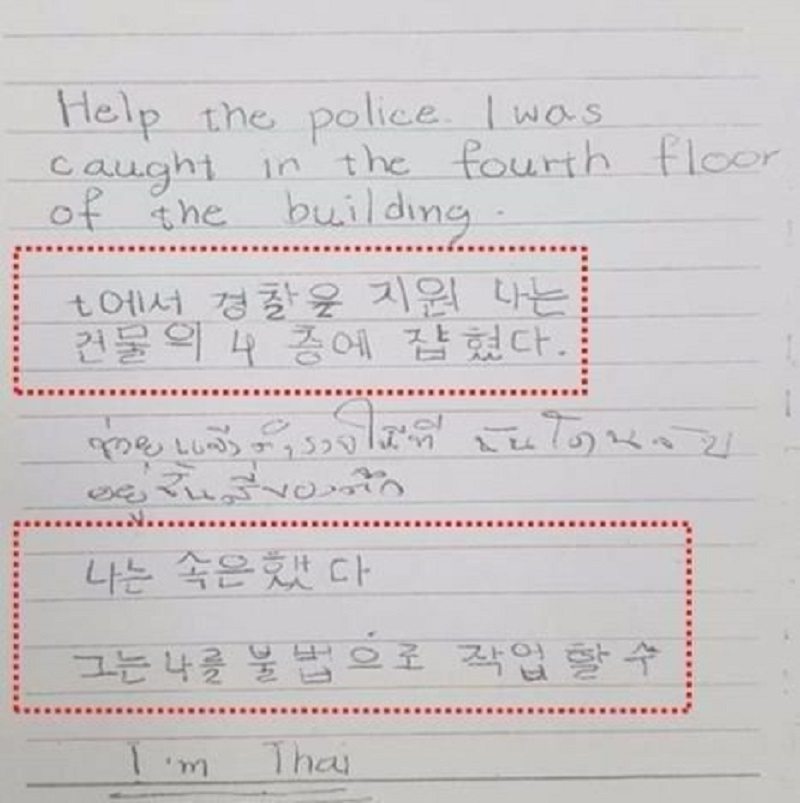 Concerned, the cashier identified only as Kim. offered help and responded on the note, “Do you want me to call 112 (Korea’s emergency hotline)?” 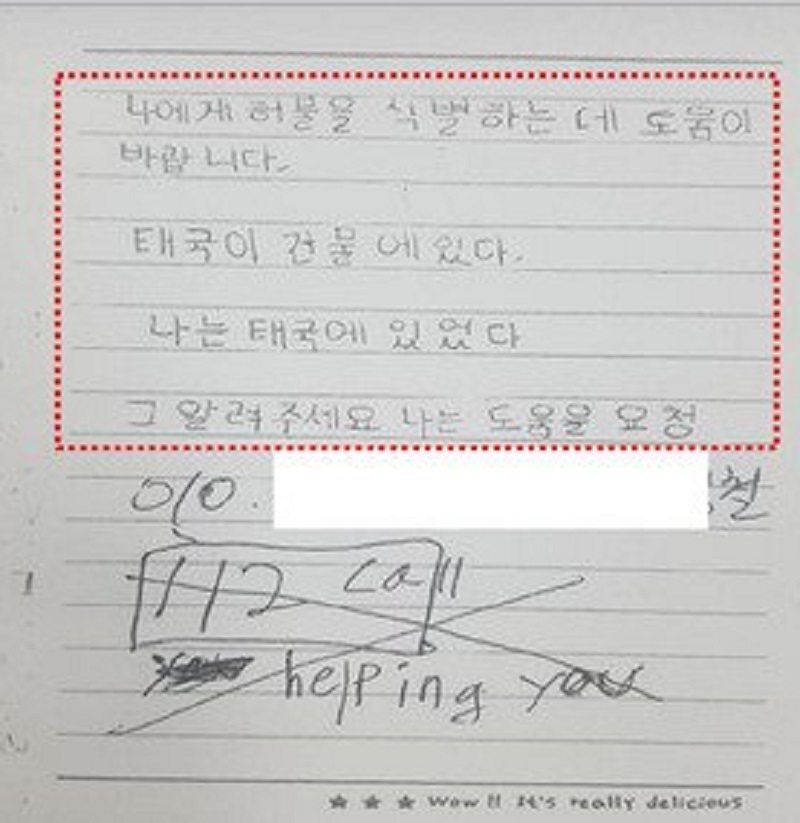 As the woman had several men accompanying her at that moment, she worriedly declined the suggestion but instead gave out a phone number, pretending that she needed to provide a number for the store’s loyalty promotion.

The cashier notified the authorities just a few hours after the incident, initiating an investigation on the buildings in the surrounding area. However, with very little information at hand, the police faced some initial difficulties.

What helped the police most was the phone number which they later linked with a man identified as 38-year-old Lee, who had an earlier police record for running a prostitution establishment called “Kiss Room”.

A friend of the victim also provided some clues after posting the secret note on Facebook that stated that her friend has been forced into prostitution and was being detained at a building in Busan.

After a careful investigation, Busan police then raided a building where they found Lee and four other suspects. The five men were apprehended and five Thai women who have been forced into the sex trade for months were finally rescued.

It was later revealed by the authorities that a broker named Kim introduced Lee to the Thai women back in January.

From March to May, the women were forced to work in the prostitution business where Lee reportedly received 100,000 KRW ($86) per session.

The Thai women, who were not paid in the first month, were given only 40,000 KRW ($35 USD) per session in their second month.

The authorities are currently investigating around 300 individuals who are suspected clients of the illegal establishment.