As we celebrate Asian-American representation in Hollywood with the success of “Crazy Rich Asians” and an announcement of a possible “The Joy Luck Club” sequel, #AsianAugust comes to a close with a nationwide release of “Searching” this Friday.

Starring John Cho, who has appeared in the “Star Trek” films as Sulu and “Harold & Kumar” series as Harold Lee, “Searching” is the first mainstream Hollywood thriller led by an Asian-American actor.

“The story and the genre, I had not done a thriller, so that was very exciting,” Cho told NextShark in an interview about what attracted him to the role.

Directed by Aneesh Chagnaty and co-written by Sev Ohanian, the film follows David Kim (Cho)’s 16-year-old daughter who goes missing as a detective is assigned to the investigation.

“The story takes place in San Jose in Silicon Valley. His daughter goes missing and he has to break into his daughter’s laptop to find clues,” Cho explains. “And when he does, he’s not happy about what he finds.”

The big-screen thriller is told in real time, in a groundbreaking way through the devices we all use every day to communicate. 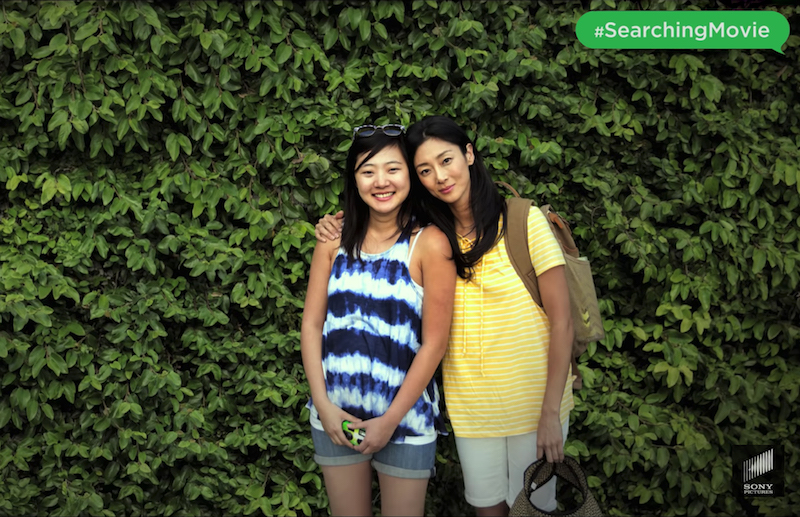 “It’s told entirely on phones and tablets, and the majority of the film was shot in front of a computer screen,” the 46-year-old actor said.

Cho had a “wonderful” time working with director Chagnaty, but as a parent himself, he was hesitant about tackling such a dark subject.

“I said no to the film at first based upon the concept,” Cho continued. “I love the story but the concept was something I didn’t particularly want to touch. I thought it would be a weird acting experience. But I wanted to work with [Chagnaty] and then he convinced me that we were making a movie and not a YouTube video. And it was then that I really got on board and it was great working with him.”

Another reason Cho jumped at the chance to play the part of David Kim is that he is also Korean American.

“They had written it for me and I just really like the combination of him being Asian American but also that not mattering to the story was very delightful,” he said.

When asked if he thinks Hollywood is finally taking notice that Asian Americans can hold their own in leading roles with movies such as “Crazy Rich Asians” being released earlier in August, Cho says he couldn’t care less about what the film industry says.

“Absolutely, I hope that that’s happening. But in a way, I don’t care what the industry says. It’s meaningless,” Cho explains. “I think sometimes, like, we put too much of our thought into what the industry’s thinking about us and what I know is that the public likes it. What I do know is that when we’re making stories that are specific to our communities, and even though it’s cool that they’re changing their minds, it’s not going to stop us one way or the other.”

Cho will appear next in the political satire “The Oath,” followed by “The Grudge” remake in 2019. The actor also returns as Captain Sulu in the untitled Star Trek sequel.

And if we’ll ever get another “Harold & Kumar” movie, Cho says, “I certainly hope so. Yeah, I’d be into it. But there are no plans that I know of.”