Top Filipino boy band SB19 is currently on their first-ever global tour with stops in the U.S., including New York and California.

Top Filipino boy band SB19 is currently on their first-ever global tour with stops in the U.S., including New York and California. As the band settled in New York, they spoke with NextShark about their experiences in the Big Apple.

SB19 is a five-member Filipino boy band that was trained under ShowBT Philippines beginning in 2016. The band, which consists of Pablo, Stell, Ken, Justin and Josh, debuted in 2018 with their ballad single “Tilaluha.”

Although SB19 has been on an upward trajectory since their 2019 breakthrough track “Go Up,” the band has been vocal about their past struggles, including arduous years of training and the negative criticisms they have received from people who dismiss them as “K-pop wannabes.”

However, that narrative shifted when the group, who self-produces their own P-pop music and choreography, became an international sensation and made history as the first and only Filipino act to be nominated at the Billboard Music Awards.

Shortly after making their U.S. TV debut on Friday to perform their first English-language single “WYAT (Where You At),” the boy band reflected on their journey with NextShark.

“We feel thankful to all the people who believed in us from the beginning and up until now,” Pablo, the band’s leader and main rapper, tells NextShark. “Ultimately, we’re really thankful for the platform we have now. We get to do what we love, enjoy our careers and at the same time, we’re able to inspire and motivate people. All the hardships are there, but you gotta do what you love to do.”

The name SB19 is taken from the initials of their Korean management company, ShowBT. The “SB” also stands for “Sound Break,” which references their aspirations to break into the music scene and promote Filipino boy groups. The number was derived from adding the country codes of South Korea (82) and the Philippines (63) to symbolize a collaboration of both countries.

SB19, whose songs have been streamed over 100 million times on Spotify, previously dethroned BTS’ mega-hit “Butter” with their song “Bazinga” by claiming the top spot on Billboard’s Hot Trending Songs chart.

“The main goal of the group is to put Filipino music on a higher profile or for the Filipino music to be known in the global scene,” Pablo says. “We’re really thankful that we are given this opportunity to promote Filipino music all over the world. We have the pressure on our backs, but we’re trying to do our best so the whole world can get a good impression of who Filipinos are.”

Pablo, who previously worked as a call center agent and a data analyst, composes and writes the band’s songs. He tells NextShark that he consults with his band members individually in regard to their songs’ topics and music styles.

“Most of my influences or inspiration in terms is our own journey and our own experiences because that’s the easiest and the best way to project who we are as a group,” Pablo says. “The best inspiration that I get from them is the experiences that we have together as a group.” 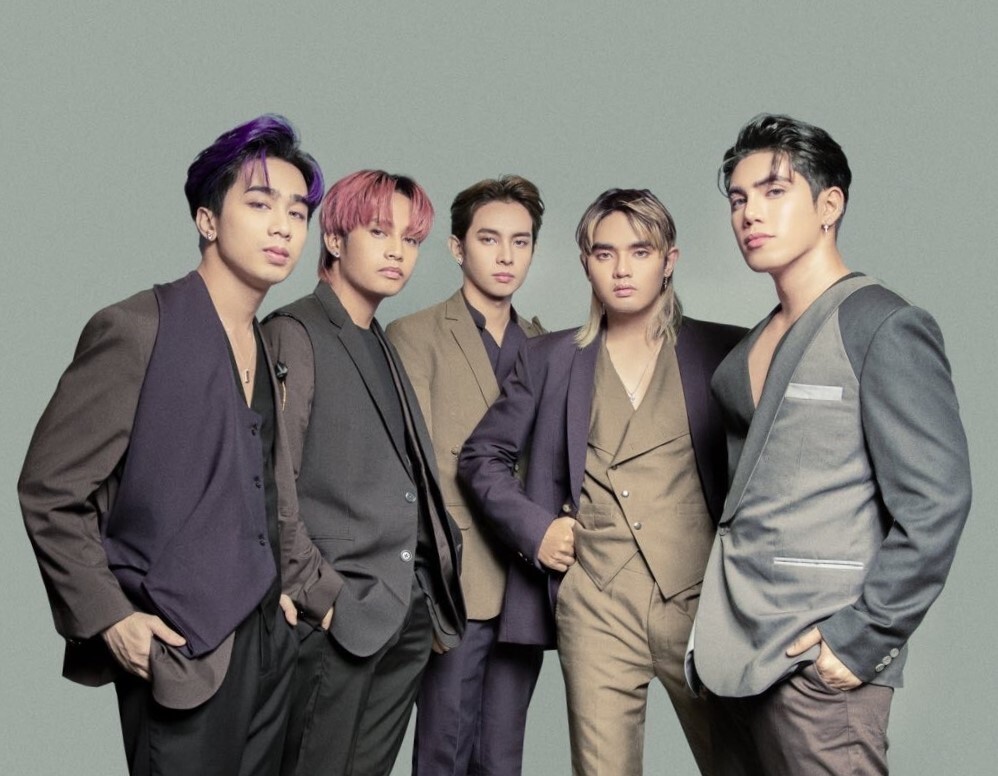 SB19 also opened up about the little ways they manage to take breaks or reward themselves despite their busy schedules. Justin, the visual and sub-vocalist of the band, says that although they have different hobbies, the members come together to play online video games.

“What I realized whenever we decompress is that we don’t do it as a group,” Pablo says. “Everyday we work together and see each other, so when we decompress or have a vacation, we do it individually.”

While some members enjoy reading books in their free time, lead vocalist Ken says he enjoys going out to shop. As for Stell, their lead dancer and choreographer, he says he enjoys staying home and playing with his cat.

“If I have free time, I just stay in the house, clean, play with my cat and of course, also have time for myself,” Stell says. “I go to salons to pamper myself like manicure and pedicure. For me it’s a thing because I really love taking care of myself.”

So far, the band has been appreciative of the city’s fall weather. While more hectic days are ahead of them, their trip to New York has been a welcome break from their usual work routine in the Philippines.

“Everything is exciting about New York since it’s our first time here,” Josh, the band’s lead rapper and sub-vocalist, says. “Before, we’re just seeing it in the movies and now, we’re actually in here walking around and then we’d realize, ‘Oh, we saw that in a movie’ or ‘we saw that in one scene.’”

Ken says he was surprised when they met a police officer who recognized and complimented them.

“We really didn’t know what to expect,” Josh added. “A lot of people recognized us already. We’re really thankful that a lot of Americans are appreciative when it comes to boy bands like us.”