Saigon Bistro, a Vietnamese restaurant in Chicago, is facing controversy following accusations of an alleged beating of an employee by one of the owners.

The victim, Michael Nguyen, apparently earned the ire of his bosses Peter Nguyen and Melina Luu after he expressed his intention to leave the establishment he has been with for nearly two years. 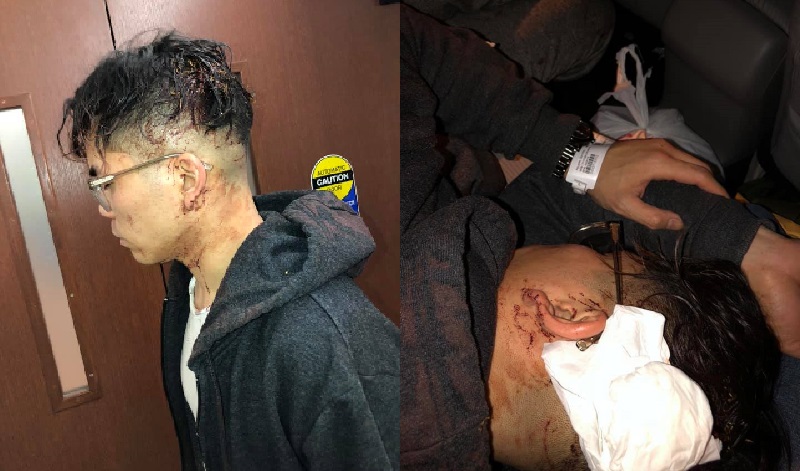 In a lengthy Facebook post, Lana Le, the victim’s fiancée, detailed the alleged terrifying incident that took place at the restaurant around midnight on April 5. Le described how Michael was told to pick up his last paycheck at the bistro but was instead confronted and assaulted by Peter. 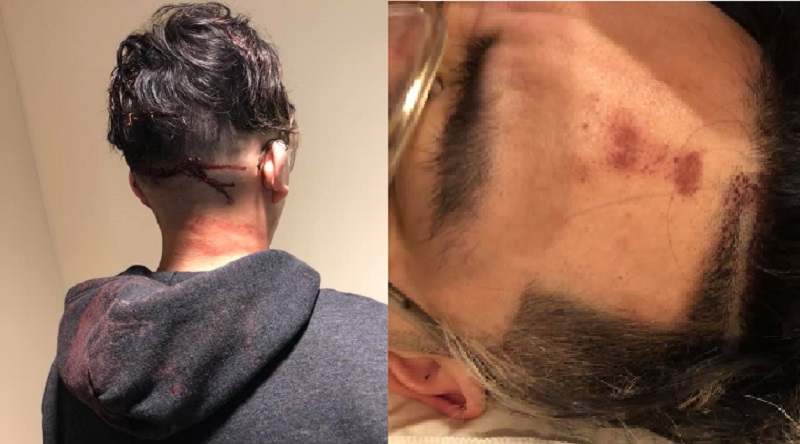 According to Lana, Michael was assaulted that night for “simply quitting.”

“They’ve been harassing him to stay at Bistro because they can’t find anyone else to manage. They made him work all day at Envy then go to Bistro to close late, overworking him for over two years… They depended on him for everything and he proved his loyalty.” 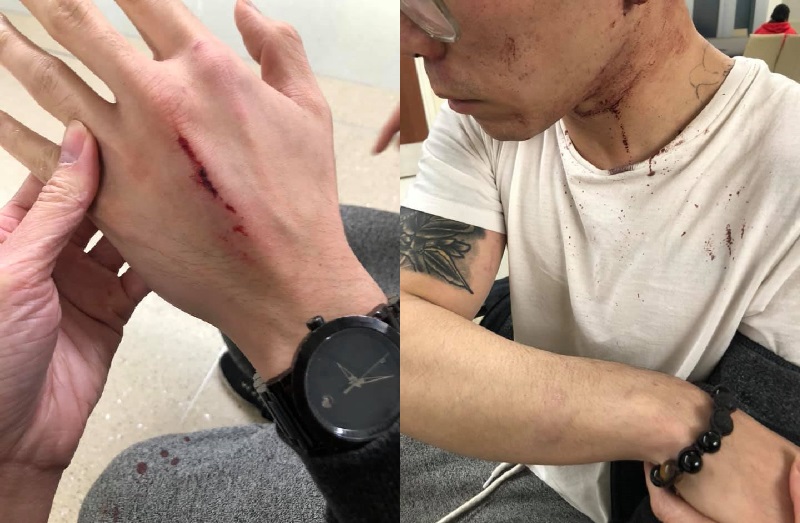 In her post, Lana narrated how it all went down:

“He went in and waited on the bar stool, P waited for all the tables to leave and went outside to his car. He came back inside, locked the door, and gave Mike a Cali t-shirt to distract him and said ‘This is a Christmas gift to remember where you came from.’ Mike looked down and then P pulled out a gun and hit him with it on the back of the head multiple times until Mike was on the floor. P continued to beat and kick him… Pointed the gun at him and yelled, ‘I told you I’d make you leave Illinois.’ P smashed Mike’s phone so he couldn’t call the police. He didn’t want mike to have proof of the text messages planning the meetup. And Saigon Bistro doesn’t have cameras inside for a reason. The whole time while P was kicking Mike in the head and face he said to Mike ‘Do you think I was a little bitch?'” 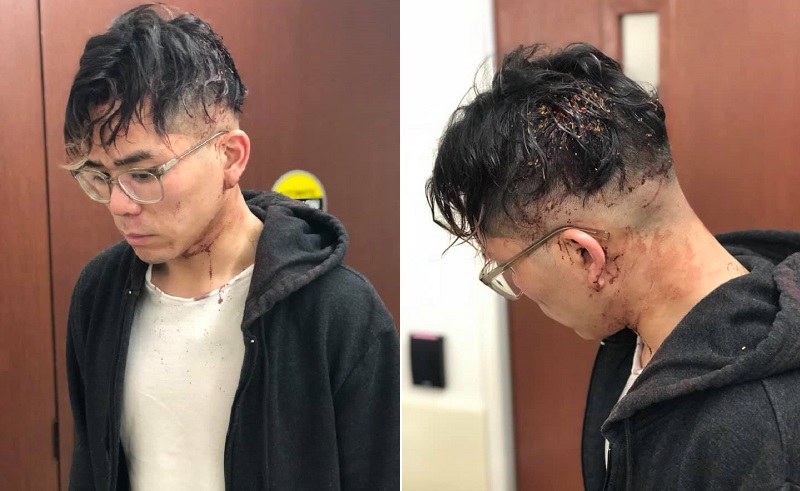 “Mike went to Yeowoosai, P went to go chase after him but stopped because he saw people outside… The Yeowoosai workers there packed cigarette tobacco in wounds to help it stop bleeding and then we took him to the ER. Mike is starting to hear echoing and he still has dizziness sometimes. Mike could have gotten up to fight back but deep down inside he was in shock and still saw P as his ‘big brother.’ Viet culture for you.” 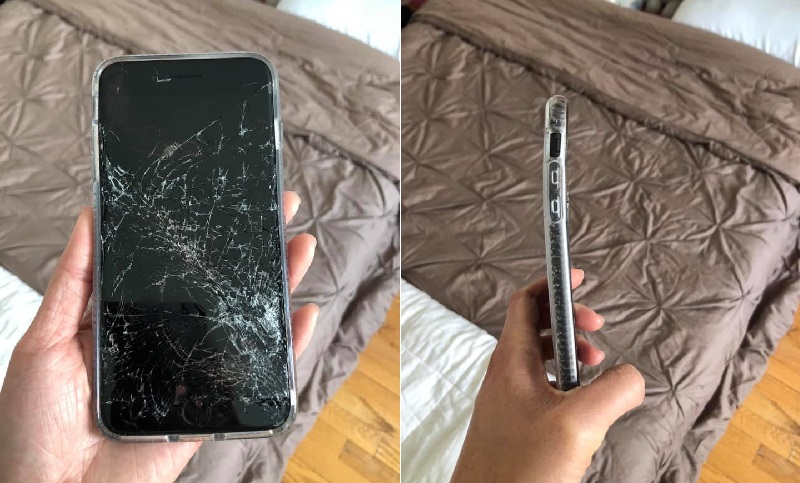 Lana’s account of the incident, which has been gaining attention on Facebook since it was posted on Tuesday, included several photos of Michael’s bloody head, injured hands, bruised arms and smashed phone.

Lana shared that Michael had reportedly been planning to quit the job since he returned to school full-time because the hours they wanted him to work didn’t fit with his class schedule.

She further noted that Peter and Melina had been trying to convince Michael to not go back to school so he could keep working with them. They later threatened to fire him after he started to come in late and leave early due to his classes.

In an interview with NextShark, Michael explained why he decided to prioritize his education.

“I was a student at University of California Riverside back in 2007/2008. I dropped out due to financial and personal reasons. About 10 years later, I find out my grandma was ill due to her old age and she told me she may not have many years left, but her one wish is to see me graduate school so that she can leave the earth knowing I was successful and can lead the family. I am the oldest son of her oldest son, and therefore have the responsibility of leading the family. So I decided to change all my plans and pursue an associate degree in education at Truman College in Chicago, Illinois and then transfer into the Urban Education Program at the University of Illinois at Chicago.”

Michael also provided an even more harrowing account of what happened that night:

“I came in at midnight expecting to just pick up my money, say our good-byes and maybe he’d wish me good luck (doubtful), and then I would be on my way home. He was taking care of a few tables so I decided to wait. He waited until the last person left the restaurant before he said anything to me.”

He went on to detail how he was hit with Peter’s handgun after being handed a shirt.

“As I turn to tell him… CRACK! The first hit from the handgun to the back of my head. As I am falling to the ground, he continues to swing at my head with the gun which I can clearly see now looked like a silver revolver. I block a strike or two with my hands and elbows but I do not fight back and eventually end up on the floor. I’m lying there curled up trying to protect my vital spots while he repeatedly kicks me. He tries to kick me in my head but I block it so he moves down to my body and I block those. Then he continues to stomp my head.”

“At this point, I am in shock. I just couldn’t believe my brother would do something like this to me. Someone I considered my older brother and mentor. Someone who called me his little bro when I did something good at the restaurant. I was in complete shock. I still viewed him as a brother which is why I couldn’t even fight back. That and the fact that he had the gun pointed at me the entire time I was on the floor… At one point, I got up to my knees and he points the gun at my head and said, ‘I told you I would make you leave Illinois.'”

Michael said he continued to receive blows and kicks from Peter as he was lying in the pool of his own blood. He was able to escape the scene when Peter left briefly to get something.

“He chases after me screaming. I was extremely disoriented and stumbling towards a crowd of people outside of Yeowoosai [the bar next door)… I couldn’t hear or see anything because blood got in my eyes. The manager next door, Cholo, saw me and sat me down on a bar stool and asked who did this to me. I told him, ‘P, but I don’t know why. I can’t believe it.’ I had a few friends who were there who helped me. One of them drove me home to my fiance and then to the emergency room.”

According to Michael, they have already filed a report about the incident to the police. They are now planning to go to court to file a warrant for arrest and then a restraining order.

NextShark has since reached out to two different numbers multiple times during business hours associated with the restaurant, but the calls went on unanswered and no message could be left. We will update the story with new developments as they come.