A video of a White woman blasting two men of color with racial s‌lu‌r‌s has spurred an‌gry comments on social media.

The incident occurred outside a bar in Kansas City, Missouri on Oct. 16.

So yesterday me and my homie Sam were out taking photos in the power and light district via KCMO when we overheard this lady say “these fucking niggers” when we walked by. I told her not to say that and then I started recording pic.twitter.com/rvFHFIp3NY

Drake Lewis, a 21-year-old Black man, and his friend, Saomana Tualatamalelagi, a Samoan American, were taking pictures when the woman called them “f***ing n***ers.”

“So yesterday me and my homie Sam were out taking photos in the power and light district via KCMO when we overheard this lady say ‘these f***ing n***ers’ when we walked by,” Lewis wrote on Twitter. “I told her not to say that and then I started recording.” 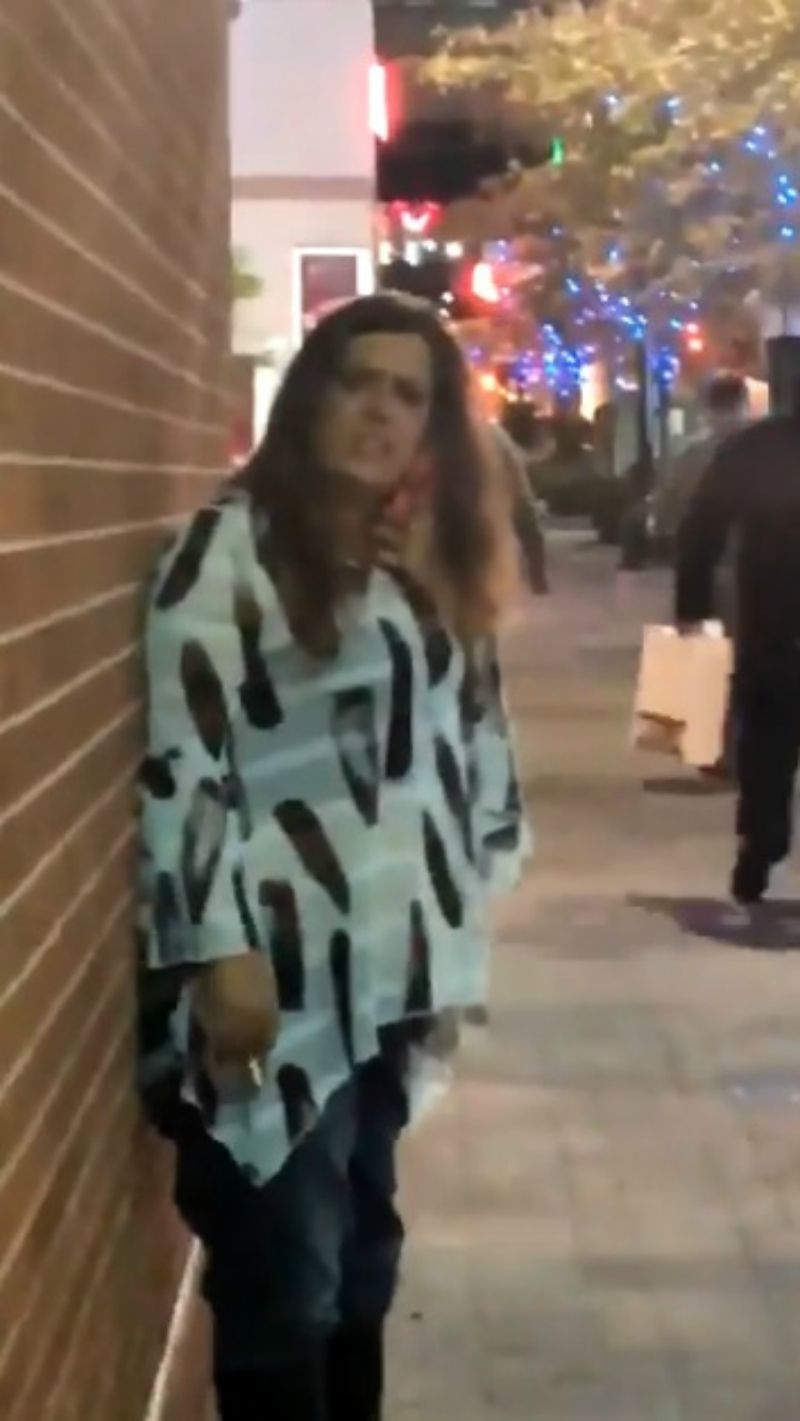 Lewis, who caught the incident on film, said that it took him and Tualatamalelagi by surprise.

“It was really random,” Lewis told The Kansas City Star. “Me and my friend were just out taking photos and we were walking down the street talking about different stuff and we overheard the lady.” 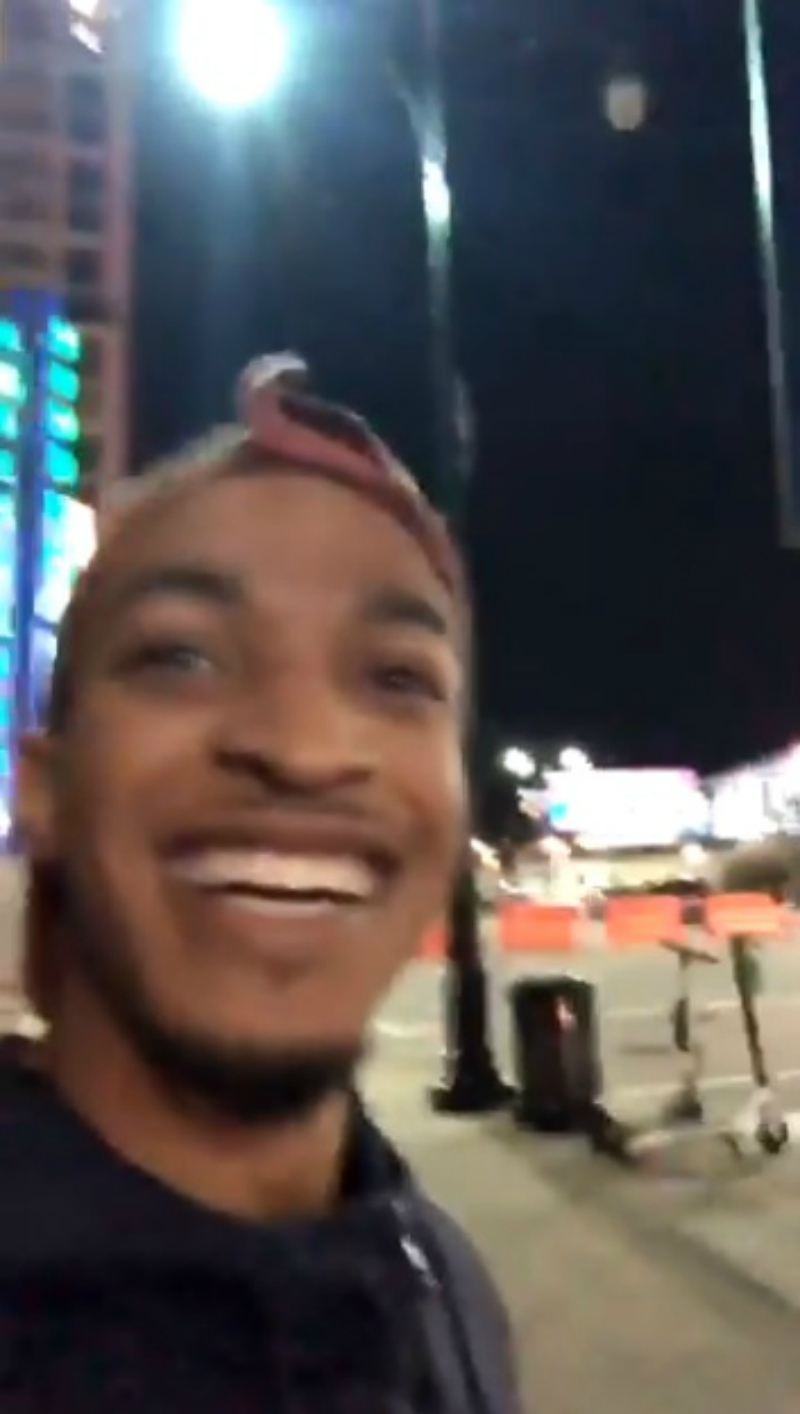 In the video, the woman is seen s‌ho‌u‌ting sl‌u‌rs at Lewis and Tualatamalelagi while the two retaliated with laughter and ridicule.

“Shut your hick a** up you u‌g‌ly b***h,” Tualatamalelagi responds. 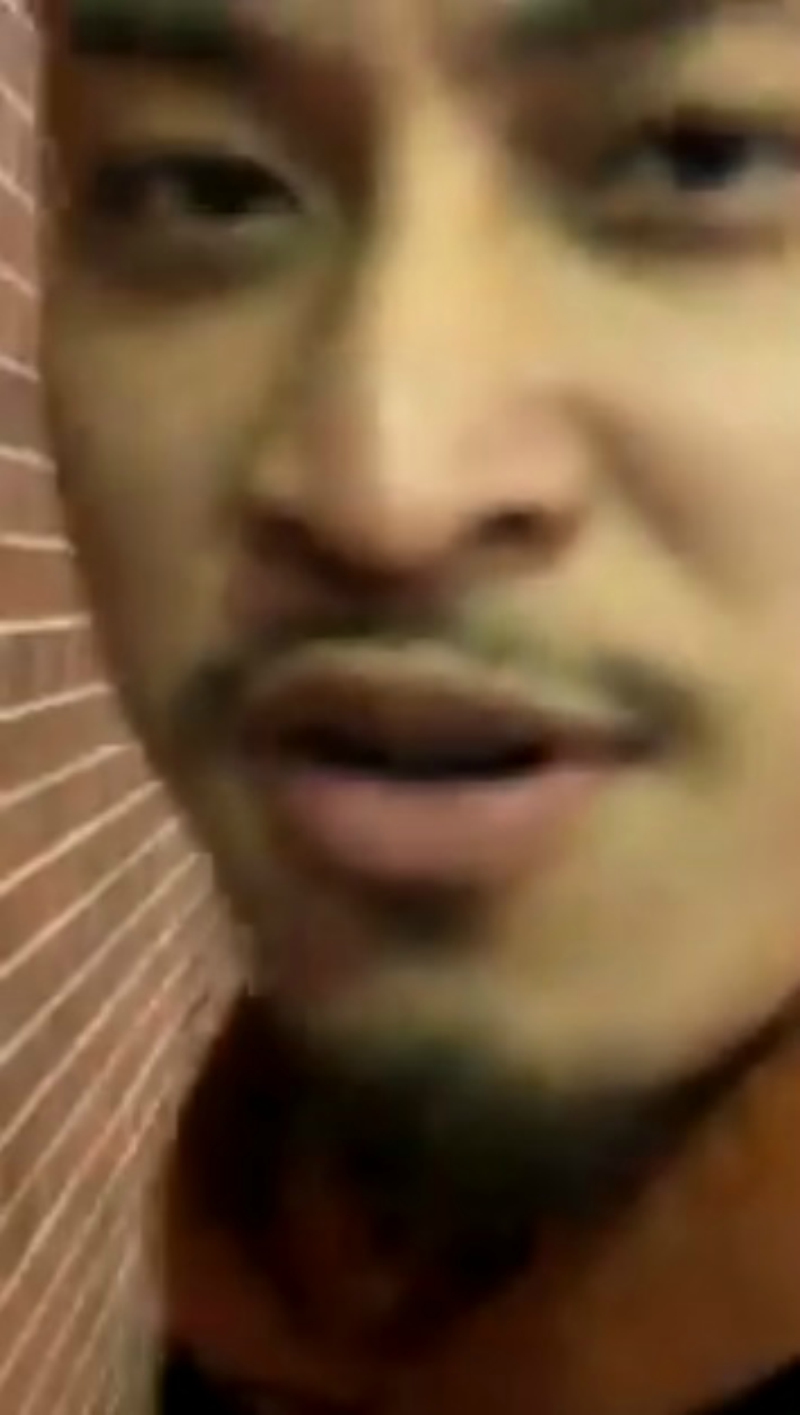 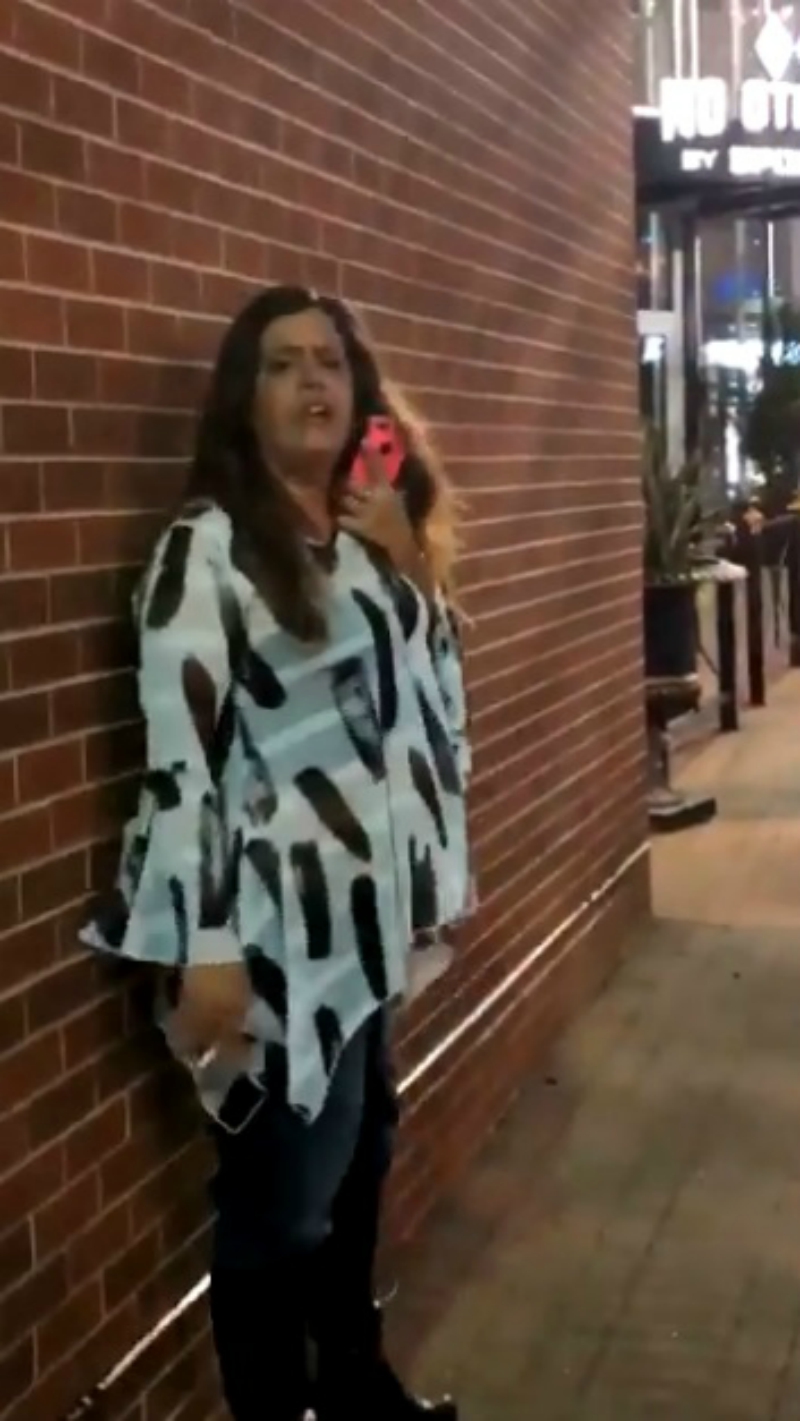 When told to get her “d‌ru‌nk a**” away, the woman replies, “Yeah I’m dr‌u‌n‌k. F**k you … Get the f**k out of my face you goddamn [unintelligible].”

Lewis said that Tualatamalelagi has been called a “sand (N-word)” in the past. “He gets it all the time.” 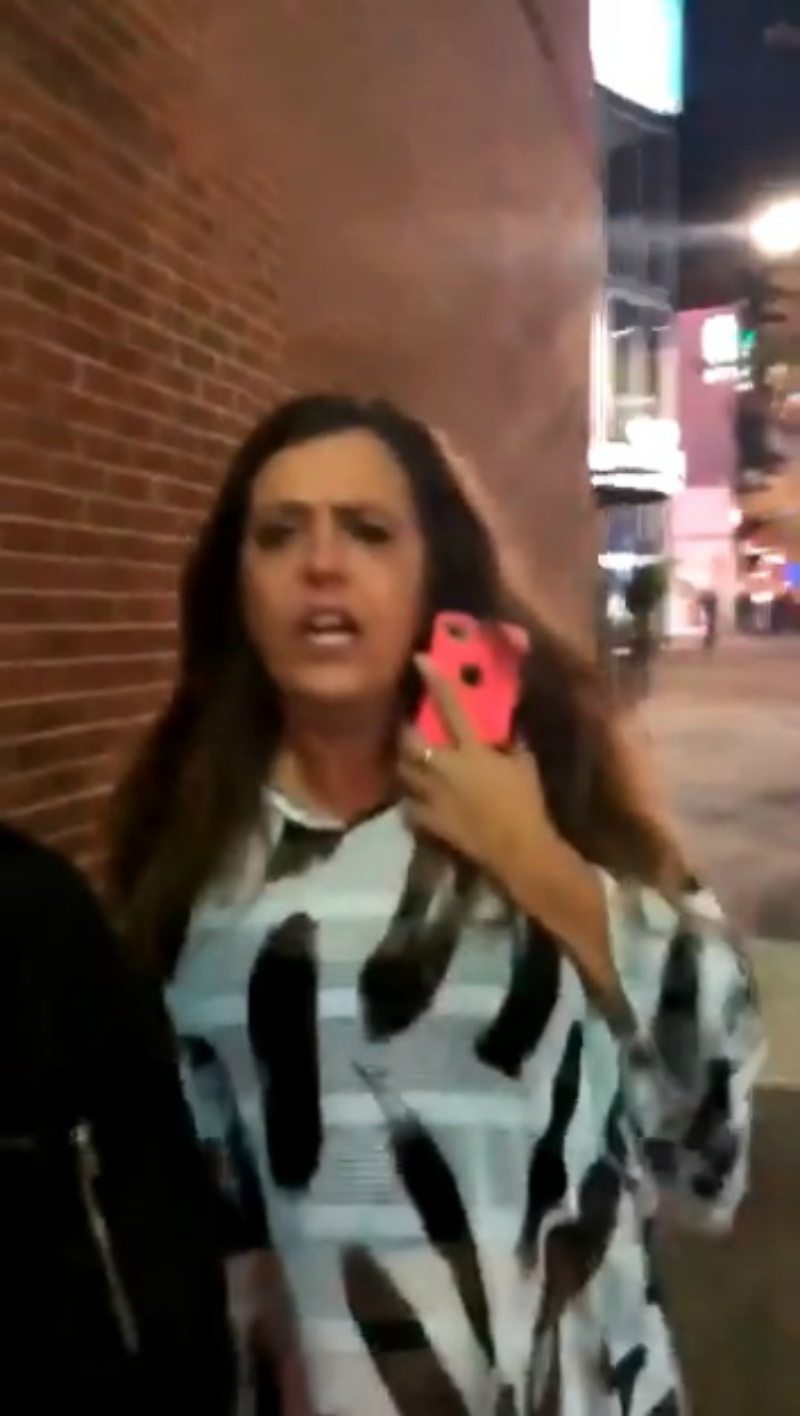 In another video, the two are heard discussing why it was not okay for the woman to use the N-word.

“White people get to say cracker, emo kids get to tell you ‘k‌i‌l‌l yourself.’ And gay people say f‌ag‌g‌o‌t. It’s like the law of the universe.”

Lewis’s post has since gone viral across social media platforms, with people condemning the woman’s behavior.

i’m so sorry u experienced this💔

The cops should have arrested her ass for disorderly conduct and public intoxication. You made the right decision to walk away and share your story. Hey the woman lost her job right? God Bless young Man.

The face of MAGA.. Don the Con has empowered hate filled “citizens” to express their cultural and racial views…

Not surprised. Grew up in kc. I’ve worked at jobs where I saw them throw applications away because they’re name was too black

I’m from KC and that shit breaks not acceptable. I’m serving in Korea and showed my Korean soldier friends and we all support you.

I wish i was there so i could of beat her ass :’( cause I’ll go to jail for shit like this.

This does not represent classy Kansas City. Heartbreaking and upset. 🌈 Thank you for sharing though. People should be held accountable, no matter what their state of mind.

So much respect for you guys being able to laugh in her face. Took the wind outta her sails. Still so sorry you had to endure this but recognizing that people like this are powerless cowards and showing the world their face, that’s the high road.

Gah.. What is wrong with people? pic.twitter.com/kKo8Up47K9

Lewis said that he made the incident public to expose just how prevalent racism is today.

“I posted it to expose how people really are, and to show that racism is pretty much everywhere,” he told Newsweek. “I’m just really tired of the disrespect.”