“Queer Eye” is back on Netflix and this time the Fab Five take us to the other side of the world in Tokyo, Japan, hennies!

With a little help from their celebrity friends, such as actress-model Kiko Mizuhara and comedian Naomi Watanabe, the group is out to change the lives of four new “heroes” (the makeover subjects) in fashion, grooming, culture, design and food.

From Harajuku cafes to gay bars like New Sazae in Shinjuku’s LGBTQ hub Ni-chome, here are some things the Fab Five and viewers can learn while traversing through the streets of Tokyo:

1. They call her “Yoko-san” because “San” is a title of respect added to a name. 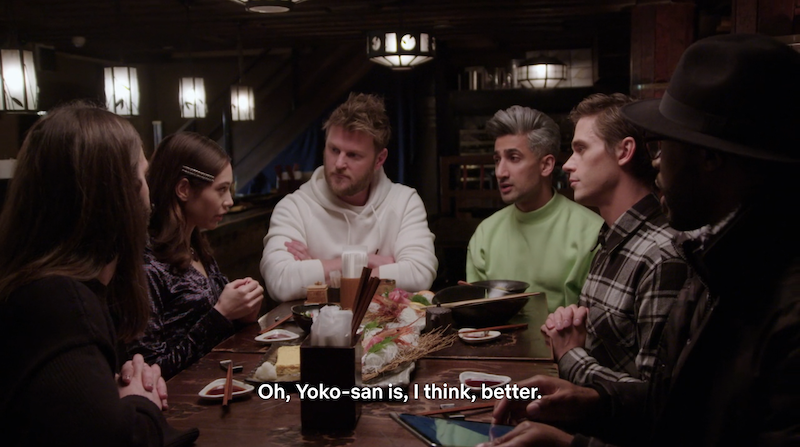 2. The phrase “Onna wo suteru” is the Japanese concept of “giving up” on being a woman. 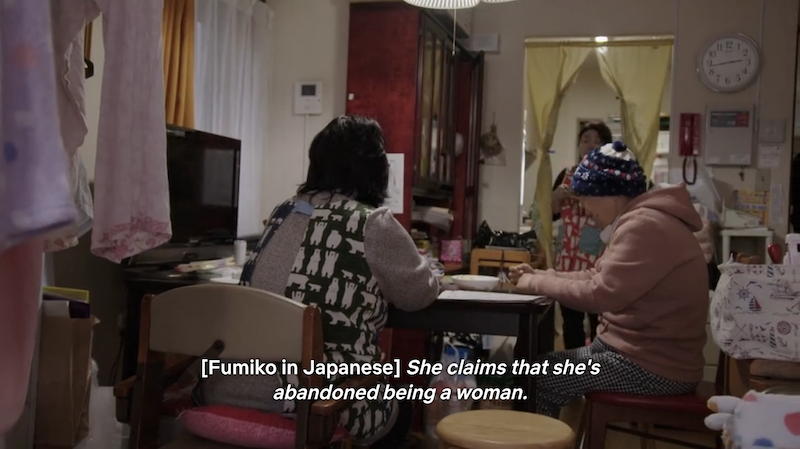 Pressured by how they have to look, Japanese women would poke fun at themselves and say, “Oh, I gave up on being a woman,” to make themselves feel “okay,” Kiko tells the Fab Five.

While finding a new wardrobe with Tan, Yoko mentions that if women her age stand out, people view it in a negative way.

Kiko explains that if a Japanese woman is not stylish in a “conventional sense, people will say you’ve given up on being a woman.”

3. The word “okama” and what it’s like to live in Japan as part of the LGBTQ community. 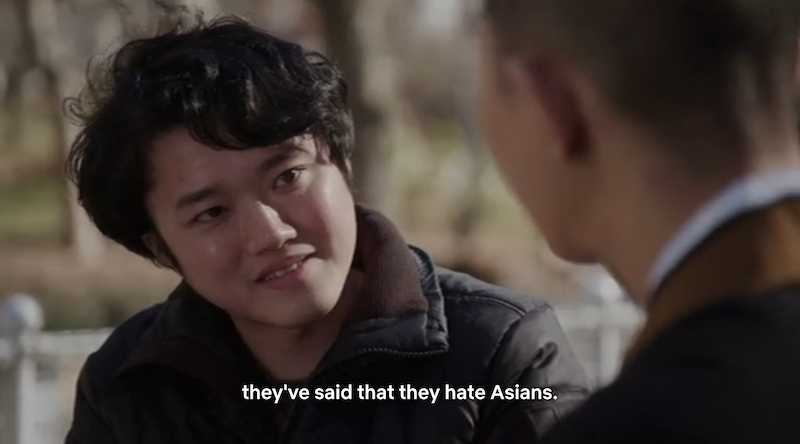 The word “okama” refers to homosexual men, trans women or heterosexual men who are seen as feminine or flamboyant.

“Being queer in Japan is still considered by some to be morally wrong,” Bobby says as he reads Kan’s profile.

When JVN asks how typical it is for gay men to be out with their families, Kiko points out that while it’s still difficult to live an open life, younger generations are more accepting.

4. Buddhism in Japan is LGBTQ-friendly. 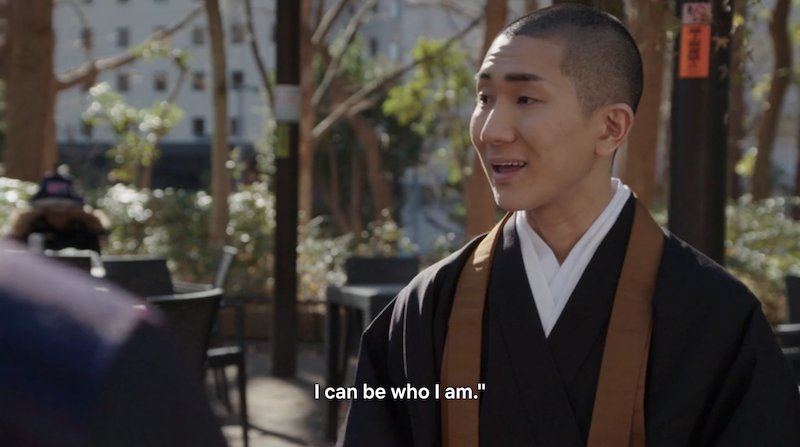 While speaking one-on-one with Karamo (get the tissues ready), Kan meets make-up artist and Buddhist monk Kodo Nishimura, who has discovered that Buddhism has accepted his sexuality.

“In Buddhism, everybody is equal,” said Nishimura.

Kan says he would like to emulate Nishimura’s confidence, but brings up the negative remarks he’s received from people in the past.

5. “People don’t really put a lot of things on the walls.” 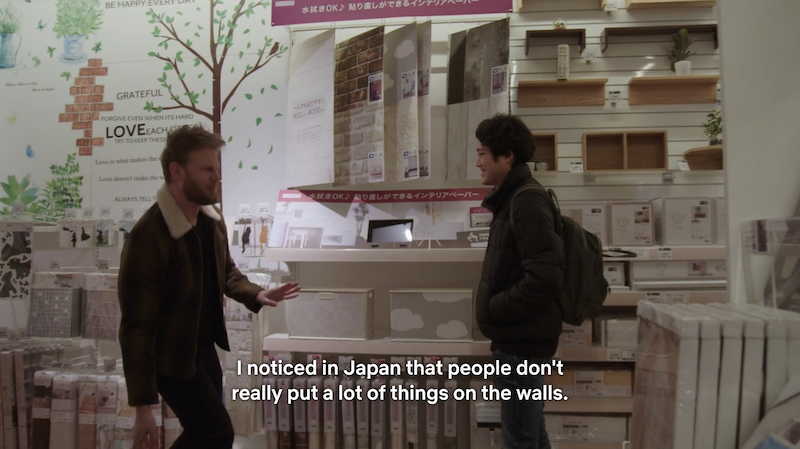 Bobby always has a solution for everything in our homes. For walls, physical or metaphorical, the designer recommends temporary wallpaper, which “stick on its own and you can peel it right off.”

6. Gay marriage is not legally recognized in Japan, but LGBTQ youth is still making progress. 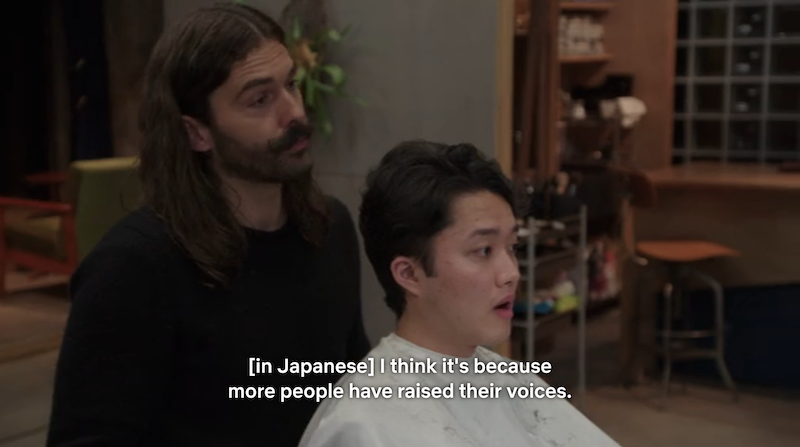 “Japanese people debate about LGBTQ people in the news. That’s one of the biggest changes,” Kan opined, adding that this progress happened because more people have raised their voices. 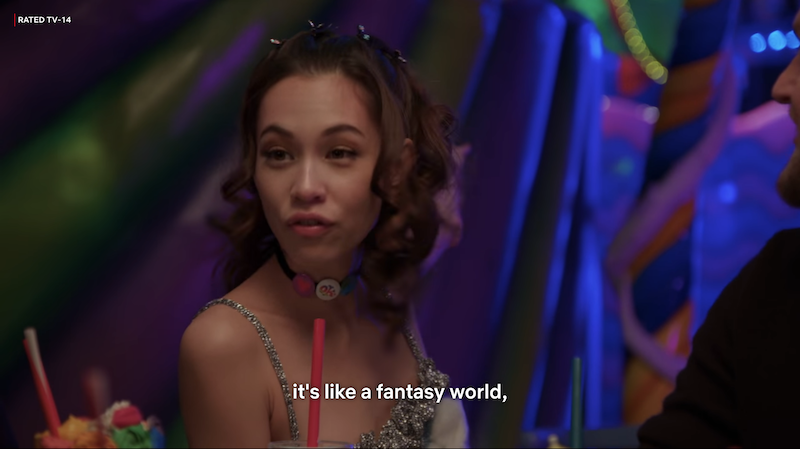 In Japan, you may notice young people who dress up like they are cosplayers, but they dress like that just to go out in public. This culture is all about being in fantasy, like a character in a manga, Kiko explained. 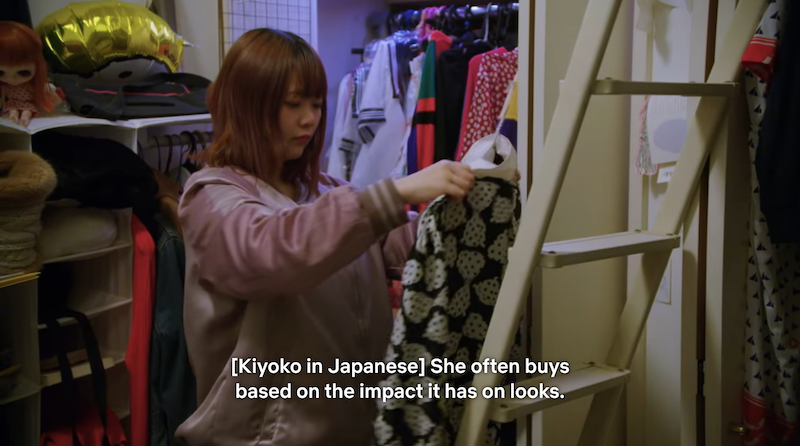 “Yankii” style is used to describe a young Japanese delinquent “your mom wouldn’t be proud” of, as Tan points out.

Kae’s mom, Kiyoko, described her style as a bit more “eccentric and loud.”

9. Judo isn’t just another fighting technique, it works out the body and mind. 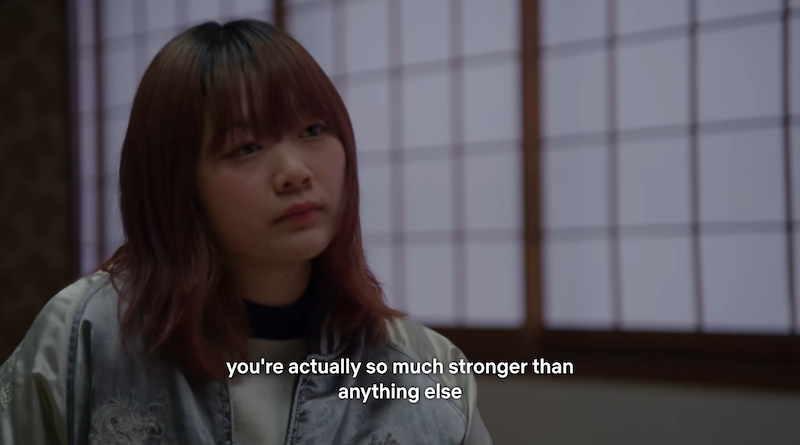 Judo is a unique and modern martial arts. Where many forms of fighting ideally require a person to be big and strong to be good at fighting, Judo isn’t about hitting things hard. It’s about using weight, balance and technique in a way that makes it possible for smaller or weaker people to dominate bigger and stronger opponents.

“It’s all about the mind and body connecting, and it’s also about helping people to understand that no matter how weak you think you are, you’re actually so much stronger than anything else that’s happening in your life,” Karamo explains to Kae.

10. In Japan, being “beautiful” still means being skinny to many. 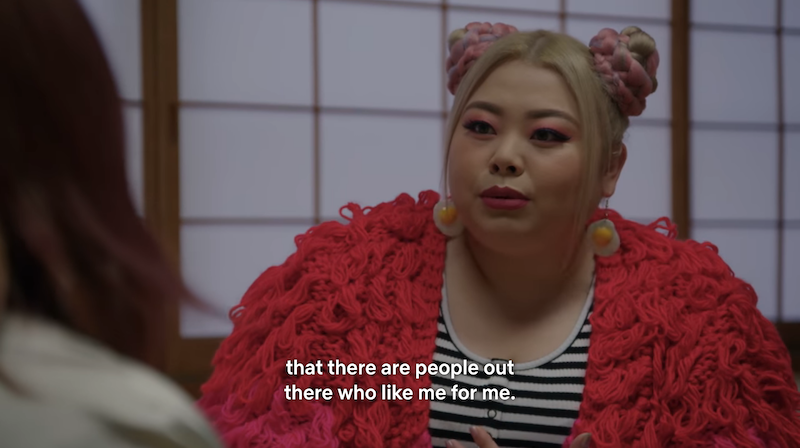 Karamo invited comedian, fashion designer and “judo expert” Naomi Watanabe who spoke with Kae about her own experience with body image and how she overcame “everyone’s definition of beauty meant being skinny.”

“I was brainwashed to think that if you aren’t skinny, that you won’t be treated like a woman or even a person,” Naomi went on.

It wasn’t until Naomi, who is basically the “Beyoncé of Japan,” entered the entertainment industry that she met all types of people who liked her for being herself.

11. “In Japan, there’s no culture of saying things like ‘I love you’ or hugging and kissing.” 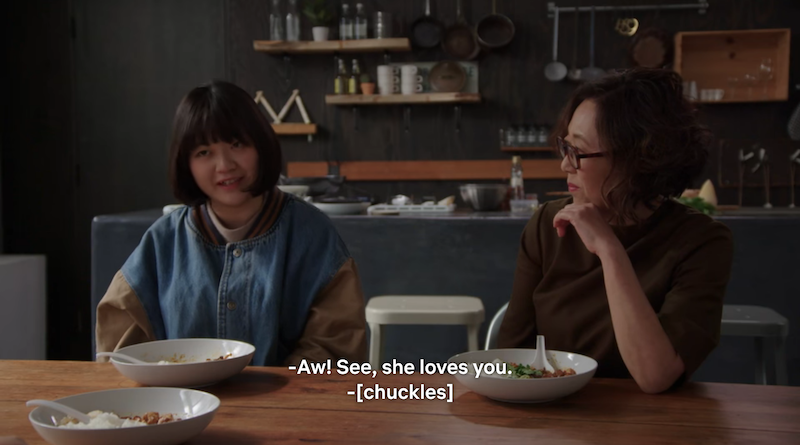 Kae’s mom has been wanting to show her affection towards her daughter, but she represses those feelings.

Both mother and daughter added that it can be embarrassing to show those types of emotions in public. In many Asian cultures, not just in Japan, affection between family members, even in private, is still a sensitive issue for many. Many Asian parents show their love in their own ways, but it can be hard to spot even for their own kids.

12. Why do people in Japan wear masks? 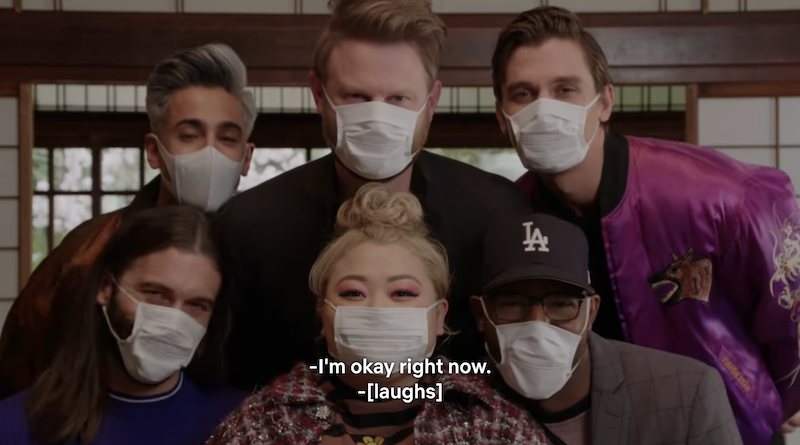 At the end of episode 4, Naomi gives a myriad of reasons why Japanese people often wear face masks: 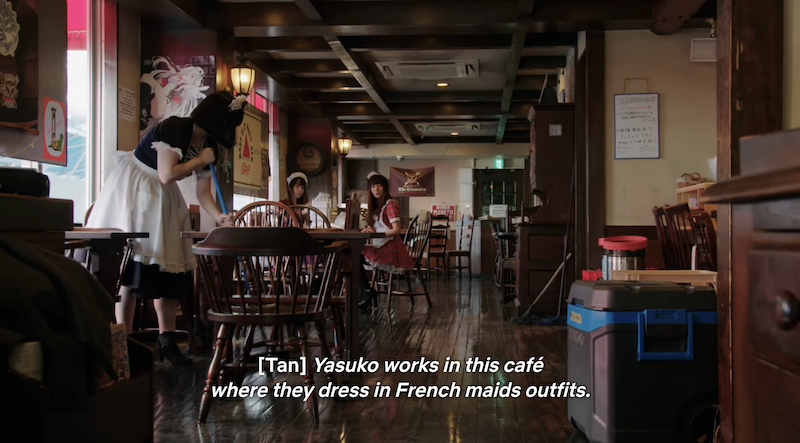 It’s a cafe where “Maids” call guests “masters” or “mistresses.” Common in Japan, maid cafés offer maid fantasies, but not in a sexualized way. Classical music is played; foods such as omelet rice (aka omurice) are served; some cafés even let customers dress up in cosplay, according to CNN.

14. “Sexless” marriages are a big problem in Japan. 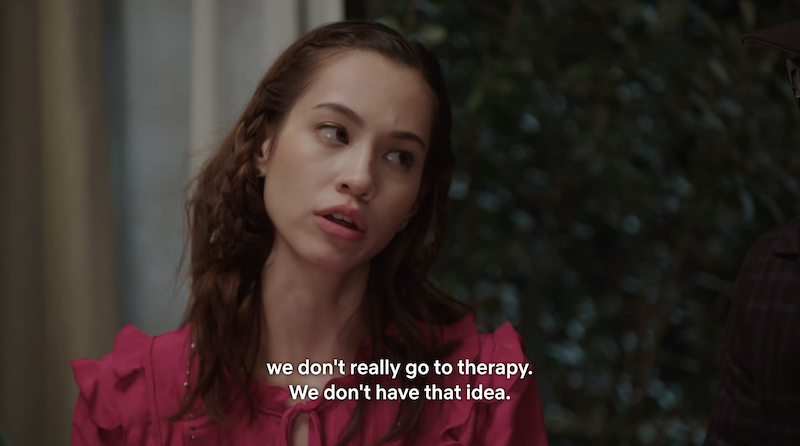 Makoto reveals he hasn’t had sex with his wife in at least 4 years. “Japanese people actually know ‘sexless’ exists,” Kiko says. According to The Independent, as of 2017, half of married Japanese couples were in sexless marriages caused by busy and stressful work cultures that leave many too tired or apathetic for sex. Additionally, couples don’t go to therapy to solve family or marital problems because therapy is not a widely recognized concept in Japan and many other Asian cultures.

15. “Ikebana” is the incredible Japanese art of flower arrangements. 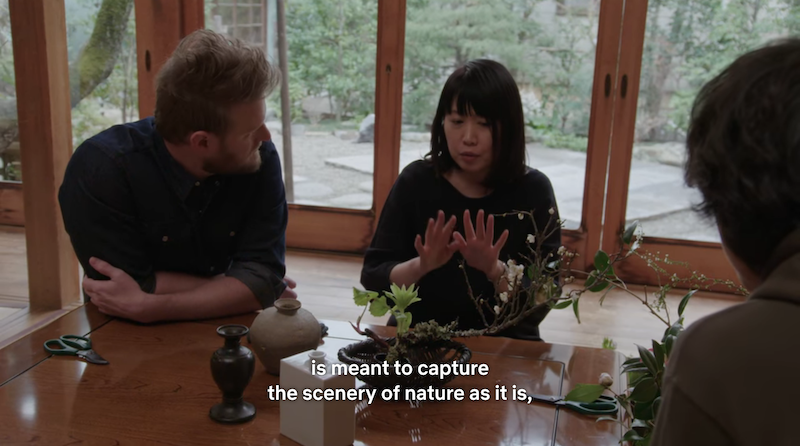 The crew gets into the Japanese art of flower decoration. One style is “Nageire” which means to “captures nature as it is.”

16. All the recipes Antoni taught/helped order for the Japanese “heroes”

Ep. 1: Tarte Tatin with Fuji apple — or as Antoni describes it, the French version of an apple pie. 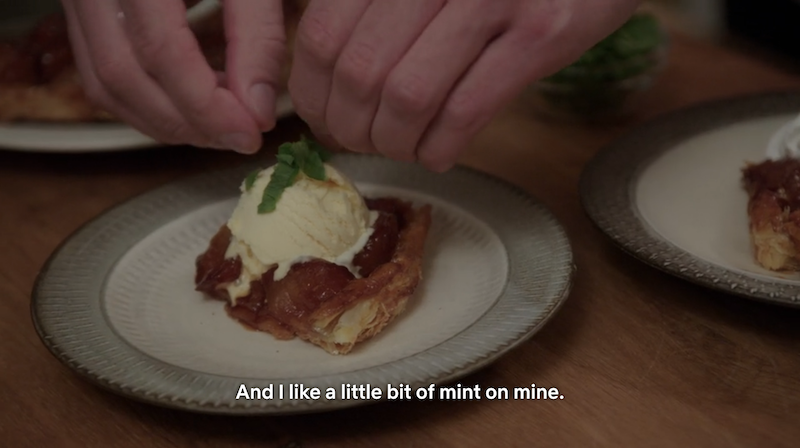 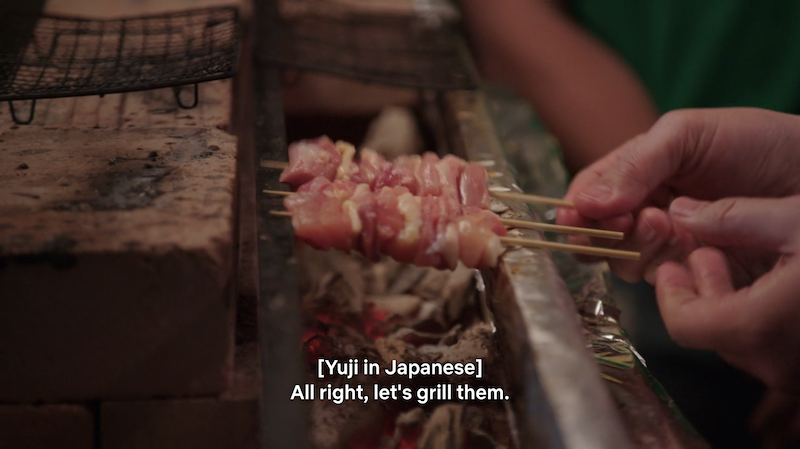 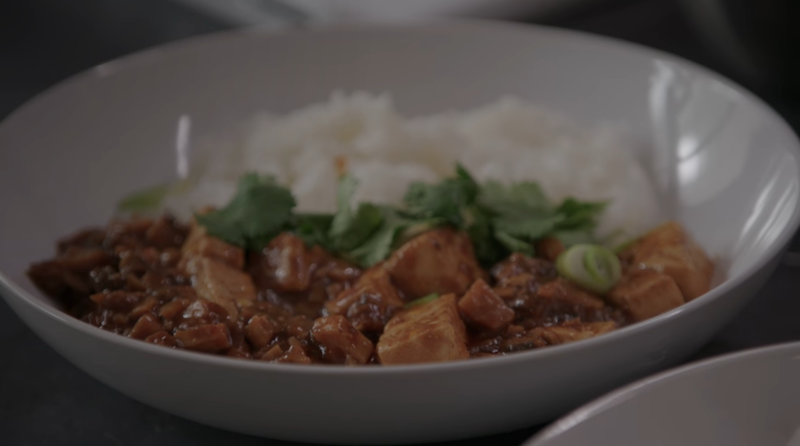 Ep. 4: Omurice — made of fried rice, thin scrambled eggs, and topped with a sauce, usually ketchup. 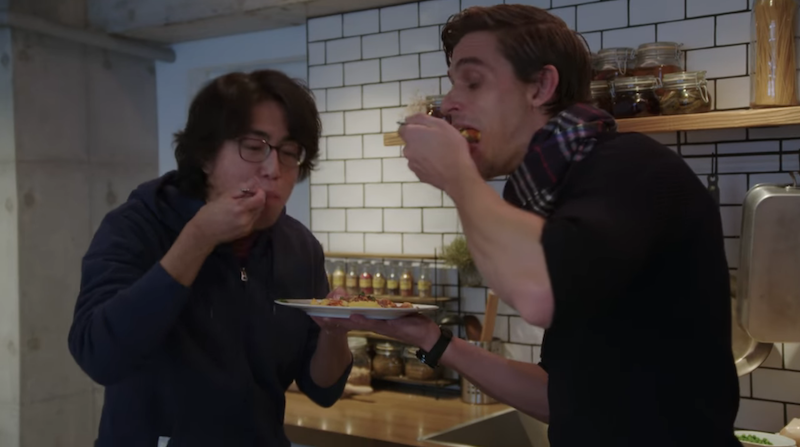 17. Why Asians take off shoes before entering a house.

The Fab Five followed the rules, not once… 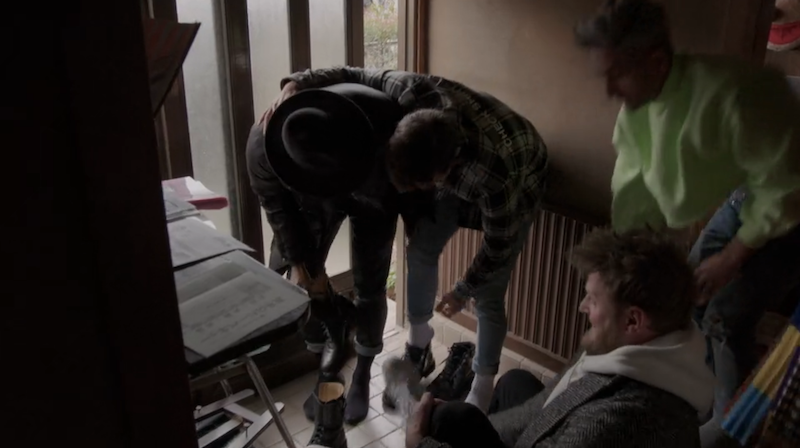 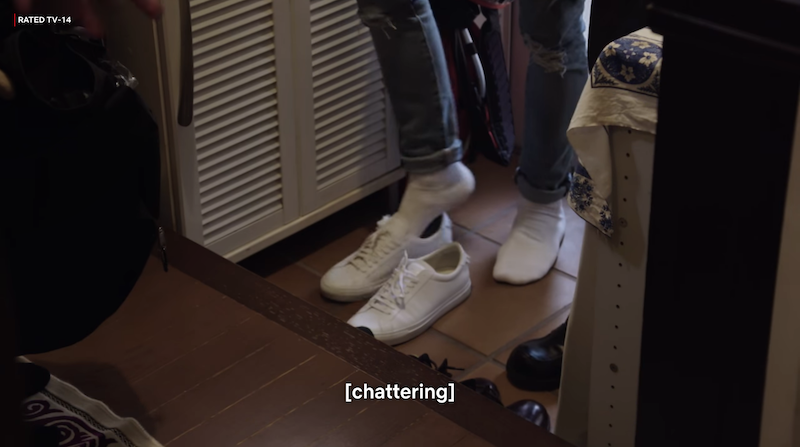 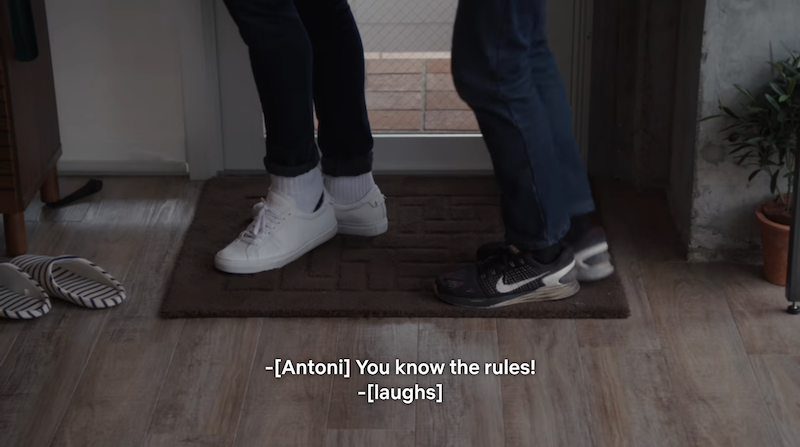 Why do Asians do it? Because it’s hygienic! Do you know how much bacteria, grime and filth can get tracked into your home by wearing shoes inside? It’s simply cleaner to leave that mess by the door.

The Fab Five will be headed to Philadelphia for “Queer Eye” Season 5, which is set to premiere in 2020 on Netflix.