‘I want them to feel seen’: ‘Jelly, Ben & Pogo’ director on how Fil-Am representation validates children

Director Jalysa Leva talked with NextShark about the inspiration behind the animated series “Jelly, Ben & Pogo” and what Filipino American representation on PBS Kids means for future generations.

About the shorts: “Jelly, Ben & Pogo” (JBP) is an animated, short-form series directed by Leva. It follows Filipino American characters and is infused with Filipino culture, from the Tagalog language to Filipino food and music. 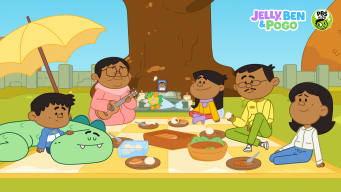 The inspiration: The animated shorts were inspired by the director’s family and childhood. Through this series, Leva hopes to cultivate a sense of pride for future generations of Filipino Americans when it comes to their own heritage. 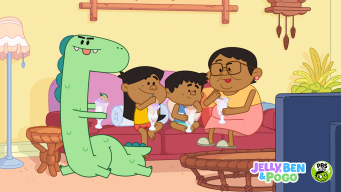 The production: The creation of PBJ was tweaked in ways the production team seemed fit for a dynamic more representative of several Filipino American families. 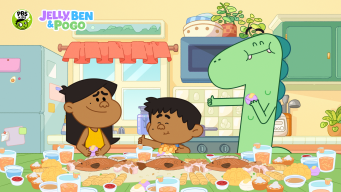 Filipino representation on PBS Kids: Leva aims to break the cycle of ignorance and shame that Filipino American children may feel about their culture by providing more representation to young children of different ethnicities.

The roadblocks: While PBS Kids provided an encouraging work environment to JBP’s production team, the parents in kid testing were the ones who challenged the series. 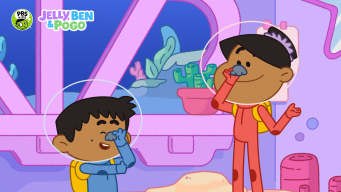 JBP debuted nationwide on Oct. 4 as the interstitial for the animated series “Alma’s Way.” It is available to watch on PBS stations, the PBS KIDS 24/7 channel, PBS digital platforms, LearningMedia and the official PBS YouTube channel.

All Images via Jalysa Leva