‘The Apprentice: ONE Championship Edition’ Auditions Are Underway

The first round of auditions for “The Apprentice: ONE Championship Edition” is already underway. The show was announced late February and is slated for distribution and release in the second half of 2020, under license from MGM Television. 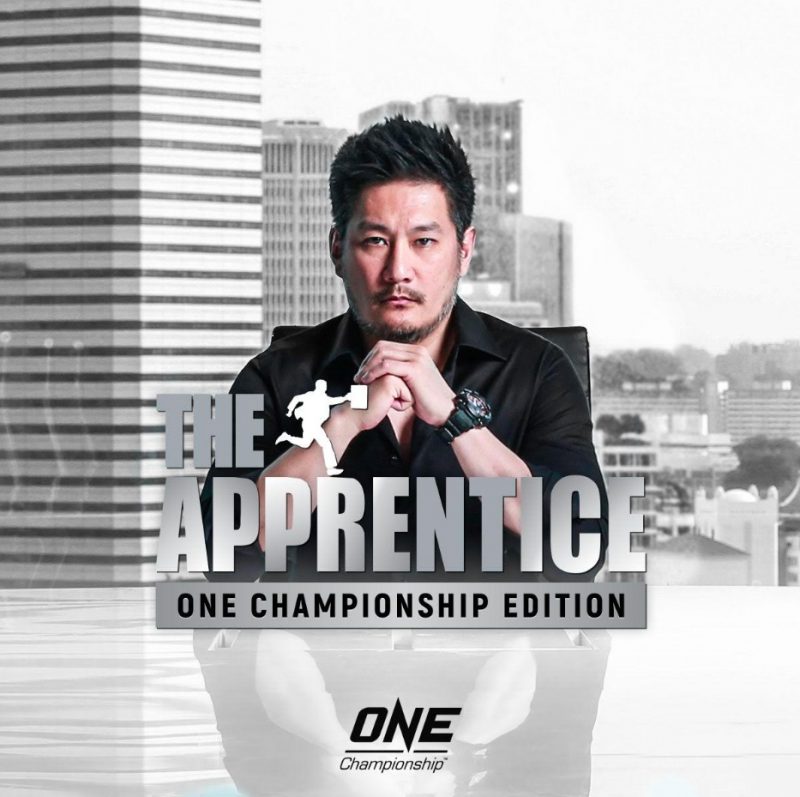 This unique version of “The Apprentice” will feature 16 contestants handpicked from around the world to participate in what ONE Championship describes as a ‘high stakes game of business competitions and physical challenges.’

Business competitions will focus on a variety of real-world problems and industries. Meanwhile, the physical challenges will be graced by the World Champions from ONE Championship where contestants will aim to outshine them in feats of athletic ability and cardio endurance.

The winner of the show will receive a $250,000 job offer to work directly under ONE Championship Chairman and CEO Chatri Sitydotong in Singapore for a year.

Shortly after the announcement, audition videos began rolling in on Facebook, Twitter, and Instagram. The organization has already appeared to have sorted through the first batch, shortlisting a handful of applicants so far, although there are no announcements yet as to who made the cut.

According to Sityodtong, casting for the show will include one ONE Championship athlete to be a member of the 16 total contestants. Episodes will also feature 12 of Asia’s top CEOs as guest judges (one CEO per episode).

It’s an incredible opportunity for anyone who aspires to join the cast. “The Apprentice” franchise is one of the world’s biggest in terms of reality television, which has aired in over 30 countries.

Produced by ONE Championship’s production arm, ONE Studios, “The Apprentice: ONE Championship Edition” is expected to be distributed on major television networks and digital channels worldwide, as well as on both streaming and linear platforms across the Pan Asian region.

“The Apprentice: ONE Championship Edition is our biggest foray into the non-scripted series genre,” said Sityodtong.

“This brand new concept brings a completely unique and original dimension to ‘The Apprentice’ with the high-stakes drama of real-life business competitions, coupled with herculean physical challenges, featuring some of Asia’s top CEOs, the world’s greatest martial arts world champions, and A-list celebrities from across the continent.”

Sityodtong also said his version of “The Apprentice” will be the toughest in the history of the show.

For interested applicants who want to audition for the show, visit https://www.onefc.com/the-apprentice/.