The oldest and still-running Chinatown restaurant in the United States, which has survived the 1918 Pandemic and two World Wars, is not in New York or San Francisco.

The Pekin Noodle Parlor, based in Butte, Montana, has been in operation since it first opened in 1911, according to CBS News.

“This was a traditional mom-and-pop restaurant, where my mom used to work here, my dad worked here,” Jeremy Tam, the son of third-generation owners Danny Wong and Sharon Chu, said. “I have four older sisters that all worked here. My first job was washing dishes. And still, I’m still washing dishes today!”

Hum Yow and Tam Kwong Yee, Danny Wong’s great-uncle and grandfather, respectively, founded the Pekin Noodle Parlor on top of a gambling club, which later turned into a herbal store before its closure, Mental Floss reported.

Wong, 86, moved to the United States from China in 1945 and worked at the Pekin Noodle Parlor. He later purchased the restaurant from Hum Yow after he retired and has been managing and running it ever since.

Many Chinese people came to Montana in the 19th century to look for work, escaping poverty, famine and politics back home. Others were pulled in by the Gold Rush of 1849.

The Pekin Noodle Parlor holds many relics from the past including a cash register, chopping block and the suitcase that Tam’s father had brought with him, holding all his worldly possessions at the time when he came in 1947. The restaurant is known for its iconic orange booths set up by the previous owners for the privacy of their guests. 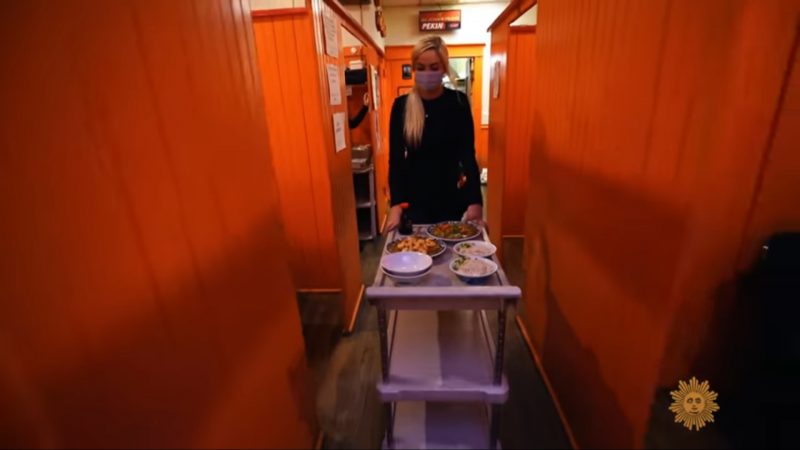 “They were originally put up in the early 1900s for privacy,” said Tam, who is now helping his father run the family business.

“This is sort of social distancing from 100 years ago,” CBS correspondent Luke Burbank said.

Thousands of Chinese men traveled to the United States to look for work in the railroads and mining industry during the 1870s. However, not all of them were welcomed by Americans. This hatred later developed and fueled the Chinese Exclusion Act of 1882.

“It was the first time actually in American history that the concept of illegal immigration was introduced,” American author, Jennifer 8. Lee, said.

The controversial act, which was later repealed by the Magnuson Act in 1943 to allow a certain number of Chinese immigrants into the country, was revoked in 1965 with the passing of the Immigration Act.

Chinese immigrants were still able to find a workaround in the Chinese Exclusion Act called the “lo mein loophole.” It allowed immigrants to move to the United States as restaurant workers. The loophole helped boost the number of Chinese restaurants in the country from 1910 to 1930. 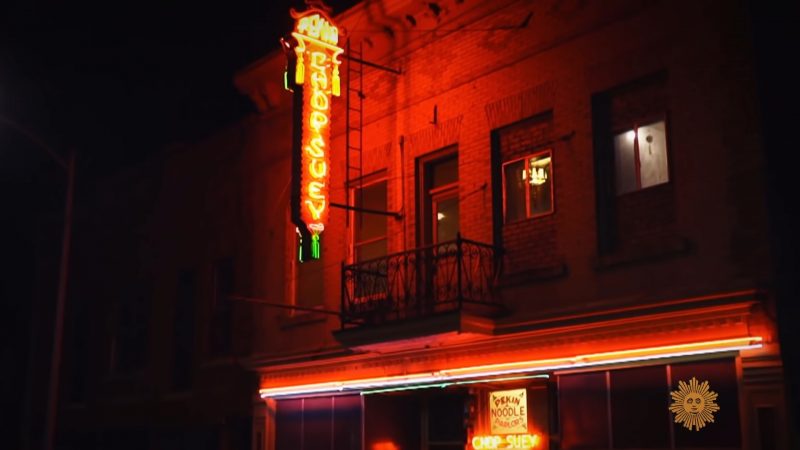 Just like the Chinese Exclusion Act, the restaurant also lived through the catastrophic 1918 Pandemic that killed over 50 million people and infected 500 million. It also survived during two world wars and the current COVID-19 pandemic.

Even though they were hit hard by the current pandemic, the Pekin Noodle Parlor will not be removed from America’s history.

“So, I guess people in Butte, they love my father, they love the restaurant, and they would never want to see anything happen to it,” Tam said.