Otto Warmbier, the college student who was sentenced to 15 years of hard labor for stealing a propaganda poster in North Korea, has finally been released after over 17 months in detention.

The 22-year-old former University of Virginia student has reportedly been in a coma for over a year after contracting botulism.

“Otto has left North Korea. He is on Medivac flight on his way home. Sadly, he is in a coma and we have been told he has been in that condition since March of 2016. We learned of this only one week ago,” Warmbier’s parents said in a statement on Tuesday.

“We want the world to know how we and our son have been brutalized and terrorized by the pariah regime in North Korean. We are so grateful that he will finally be with people who love him,” they added.

On June 6, North Korean officials asked for a meeting with Joe Yun, a Special Representative for North Korea Policy. During the meeting, Yun was told that Warmbier had contracted botulism a year ago and slipped into a coma after taking a sleeping pill, according to CNN. 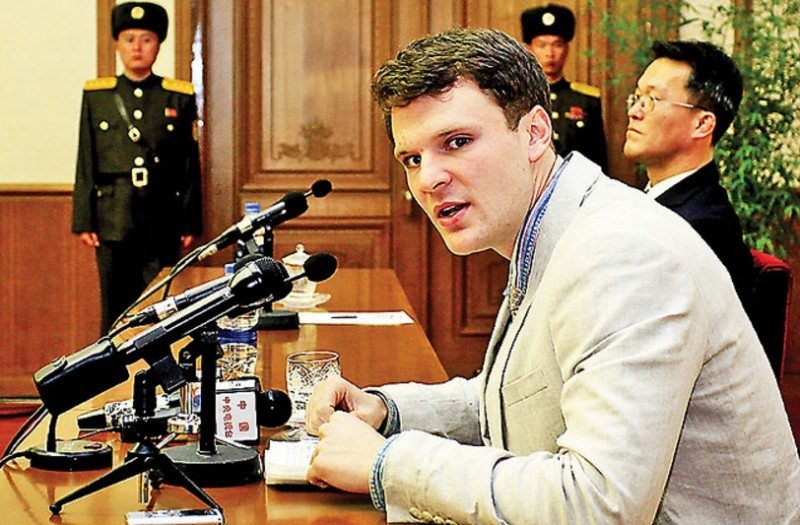 “All we know so far is what they have told us,” a State Department official said. “This is the North Korean version of events. We won’t know anything for sure until doctors are able to fully evaluate Otto’s condition.”

Warmbier is expected to arrive at the University of Cincinnati Medical Center later later this evening.

“Otto’s detainment and sentence was unnecessary and appalling, and North Korea should be universally condemned for its abhorrent behavior. Otto should have been released from the start,” said US Sen. Rob Portman, who represents Warmbier’s home state of Ohio.

“Fred, Cindy, and the Warmbier family have been remarkably strong throughout this ordeal. Over the last 18 months, they have had to endure more than any family should have to bear.”

Botulism is a rare and potentially fatal illness caused by the botulinum toxin. It causes paralysis that starts in the face and spreads to the limbs. All types of botulism eventually leads to paralysis. The toxin is commonly found in contaminated soil and untreated water. It can also be found in poorly preserved or canned foods.