Bilian Fang, the pregnant woman reported missing last month in Chicago, Illinois, was allegedly murdered by the father of her unborn child.

Bilian Fang, the 40-year-old pregnant woman reported missing last month in Chicago, Illinois, was allegedly murdered by the father of her unborn child.

Yaer Shen, 46, was charged with first-degree murder, intentional homicide of an unborn child and concealment of a homicidal death. He was ordered to be held without bond on Thursday afternoon.

Fang, who was last seen in the 3000 block of South Lock Street on Oct. 9, was eight months pregnant with Shen’s child at the time of her murder.

According to prosecutors, Shen and Fang, who were dating, got into a fight about finances while sitting in Shen’s car outside his home. After the argument, Shen went inside his home and Fang was found crying on his front porch by Shen’s ex-wife.

Shen then took Fang back to his car. Fang reportedly called her 14-year-old daughter to tell her to ask a friend to pick her up at 36th and California. However, when the friend showed up, Fang was nowhere to be found.

While Shen was driving, the couple allegedly got in a physical argument, with Fang slapping Shen in the face and Shen hitting and choking her until she lost consciousness, according to reports.

In the autopsy report, the medical examiner determined that the cause of death was consistent with strangulation and homicide. A separate autopsy on the unborn child also determined their death to be a homicide. According to the autopsy, if the baby had been born at the time of Fang’s murder, it would have survived. 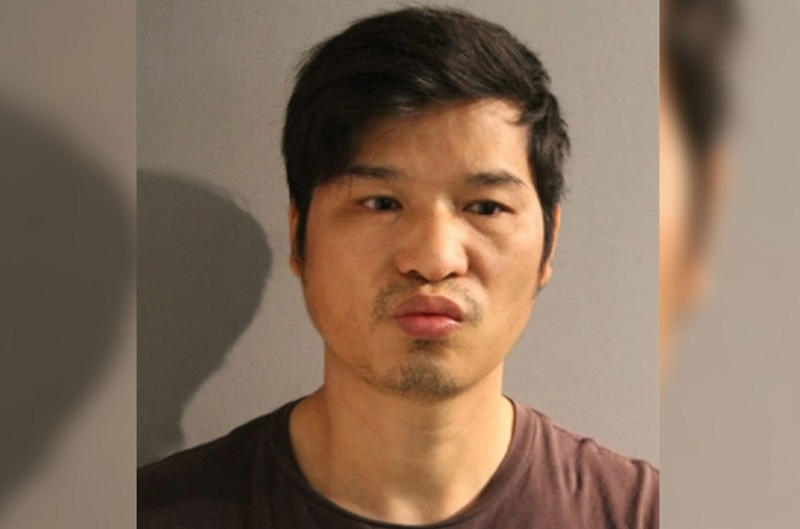 Shen dumped Fang’s body at the Stickney Water Reclamation Plant in Cicero, Illinois, covered it with branches and threw her jacket into a wooded area, according to prosecutors. Based on his arrest report, Shen was identified through cell phone data and video evidence.

Inside her jacket, detectives recovered a handwritten note in Cantonese that was signed by Shen.

“I am sorry. I am not a good person. I made you suffer. I got scammed. I know it is irresponsible for me to leave you. I hope we don’t meet in another life,” the note read.

Shen was arrested on Nov. 1. He admitted to strangling Fang to death and covering up his crime.

Detectives said a note found in his wallet stated, “that he had done very bad things, he wanted to kill himself, but couldn’t do it, and that he was going to turn himself in, but was afraid to go to prison.”

Shen is scheduled to appear in court on Nov. 22. If convicted, he faces a mandatory life sentence.