Professional athletes often have the healthiest bodies, and it’s not solely because of the way they train. What they eat while they’re training is just as important as the work they put into staying in shape to compete.

What should you eat while training? It depends on your body and why you’re training.

Obviously, a large athlete who is depending on their bulk and strength in competition may consume more fat than one whose objective is to gain more lean muscle. Each person is different, but here are some suggestions from fitness gurus and professional athletes who have proven themselves to be authorities on the subject of eating for performance while training.

ONE Championship Women’s Atomweight World Champion Angela Lee knows a thing or two about staying in shape and competing at a high level.

Lee has competed as an atomweight and strawweight during her professional mixed martial arts career. Before that, Lee was a world-class competitor in Brazilian Jiu-Jitsu. Much of what she has accomplished can be attributed to her ability to stay in optimal shape. 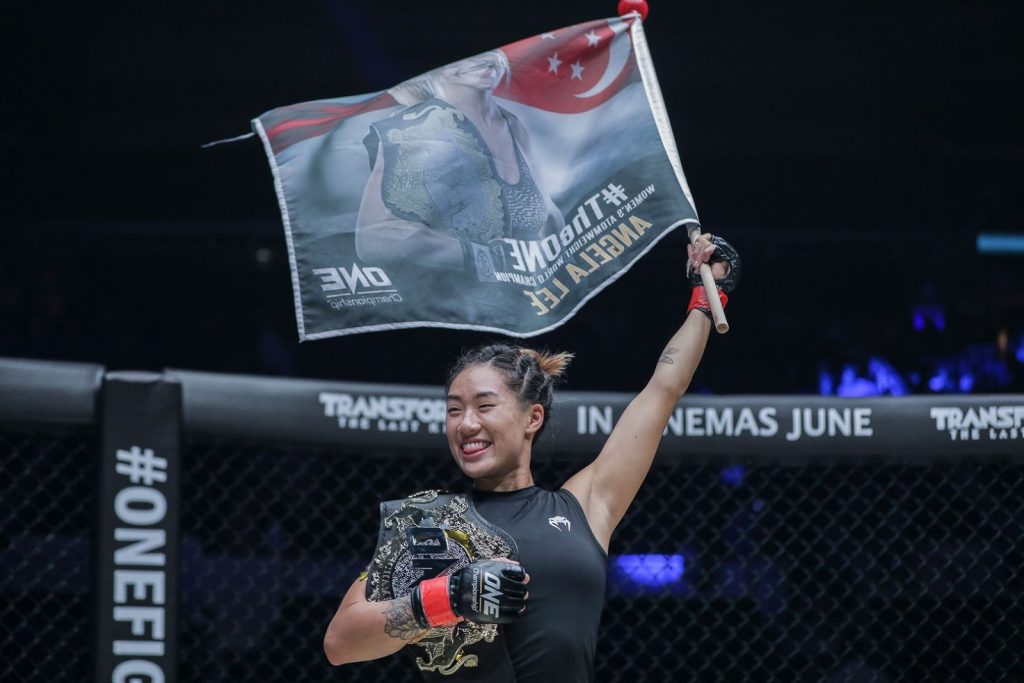 You probably won’t see Lee eating many midnight snacks. She insists it is essential to cut down on eating during late hours. The calories consumed late at night are less likely to be burned off because you’re likely headed to sleep soon, so they are more likely to be stored as fat.

“Just eat less at night. It is actually healthier to have a big breakfast, moderate lunch, and a small dinner. This method will help you shed those extra pounds and get rid of fat,” says Lee.

“When training, especially if an athlete has other life responsibilities, it may be challenging to find time to eat early. However, if athletes are eating late, it is wise to keep the meal light. This is a vice that many athletes and non-athletes have, but discipline and an accountability partner can help to control the urges to consume food late that will be counterproductive when the competition begins.”

OOTD 🏆 · · · See you all at the Ritz Carlton Hotel for the official @onechampionship press conference and face off! 👊🏼

While eating later is generally frowned upon, eating, in general, is essential to maximizing a workout. However, while in training, managing what your body takes in is vital. No effective athlete is starving themselves to remain competitive. That is a dangerous, losing strategy.

Proteins might be the most critical aspect of your diet while training. The human body is always breaking down and building new muscle. When fasting, the breakdown is faster than the build. This process is sped up even more during a workout.

That may sound like the goal alone, but it isn’t. If no protein is taken in during this period, your body will have a negative protein balance, which means you won’t produce the amino acids to build new muscle.

🆕🆕 @venum gear in! 🔥🔥 Loving the new cut for the Men’s AMRAP FIGHT SHORTS 💪🏼 Also, did you know that Venum has another line? Check it out ➡️ @ringhornsofficial ⬅️ These puffies fit like a glove 😉🥊 #Venum

This is the reason protein shakes, bars, and natural sources like chicken and other meats are usually a part of an athlete’s workout and diet regimen.

We know athletes shouldn’t eat late at night, but how much should they eat earlier? Is there such a thing as too many meals or are large portions a no-no? The answer can vary depending on the size of the person and their individual training goals. 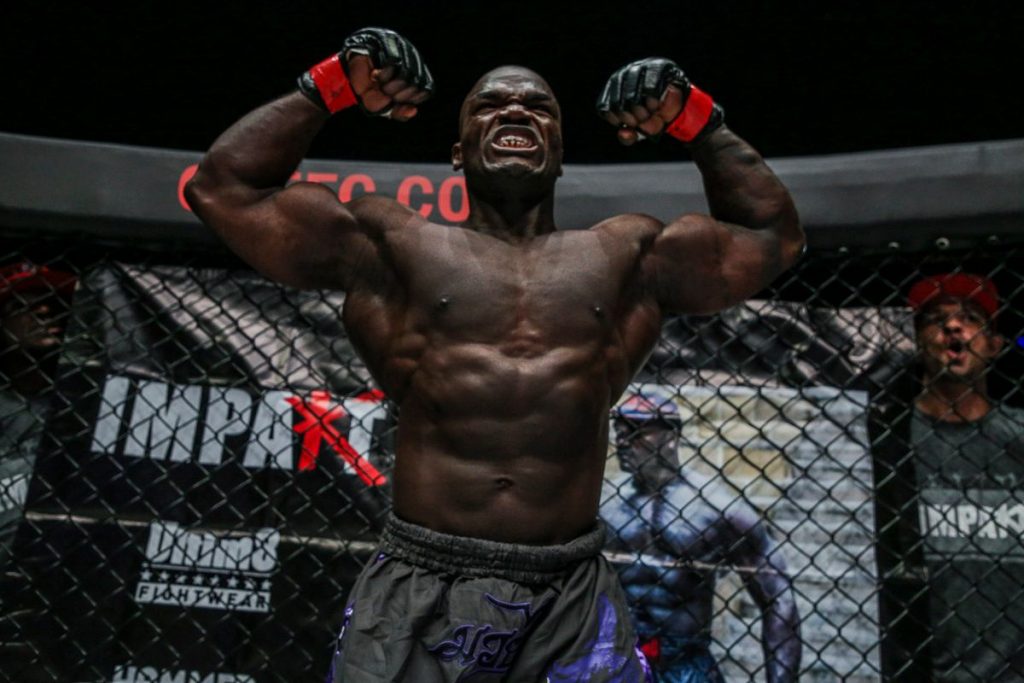 Alain Ngalani is a martial artist who is also signed with ONE Championship. A Kickboxing Heavyweight World Champion, he is also one of the most impressive physical specimens you’ll ever see.

In addition to his chiseled physique, the 44-year-old maintains incredible flexibility. How does he attain and maintain this fitness and dexterity? He works out like a madman, but he also preaches the importance of the right nutrition to keep his 105kg frame in tip-top shape.

He eats six to seven meals per day and also consumes nutritious shakes and soups when he is unable to have a more conventional meal.

Responding to all the enquiries about my stretching routine .. Stretching is a big part of my training! I never allow my muscles to stiffen for too long after training. I need them to remain long and lean . Being flexible keeps me away from injuries. It also allows me to be powerful ,explosive and agile enough in my movements . . .i do a short stretch before training and a longer one after training. And by longer I mean I hold the pose for at least 2/3 min each time to force the muscle . This will last 15/20 min. And at least once week I’ll spend like an hour doing just that. I will be posting a short video next.. . . . #goals #stretch #stretching #flexibility #fit #goals #alainngalani #onechampionship #athlete #attitude #boxing #kickboxing #muaythai #mma #mixedmartialarts #bjj #

“I have to eat as much as I train. I have to keep eating, so I have to eat every two to three hours,” Ngalani says. “I have to have big meals, my vegetables, fish, chicken, and so on.”

Hydration is another key to healthy eating and drinking during workouts. However, it is essential to limit the amount of caffeine consumed during training.

Kyle J. Cassas, MD, team physician, and Primary Care Sports Medicine Specialist, wrote, “Fluid consumption is critical to proper performance and the avoidance of injuries and problems such as heat illness. Even as little as one to two percent, dehydration can have a negative impact on performance.”

Caffeinated drinks can cause dehydration, which is not only a bad thing for performance, but it can also be a danger to your health.

Studies have shown that dehydration can be directly related to brain health, which can be a major factor in combat sports. Be cognizant of what and when you eat if you want to be safe and give yourself the best chance to win in your chosen sport.