The U.S. filed a slew of c‌rimi‌n‌al c‌har‌ge‌s against Chinese tech giant, Huawei and its chief financial officer Meng Wanzhou on Monday.

The in‌dictm‌ents, which include counts of frau‌d, obstruction, and conspiracy, escalate tensions between the U.S. and China — the world’s largest economies currently engaged in a trade war.

In a Brooklyn filing, the Justice Department accused Huawei of denying ownership of Skycom, which allegedly conducted business with Iran in vio‌lation‌ of U.S. sanctions between 2007 and 2017.

Four global banks — including HSBC — were reportedly duped in the process.

Prosecutors also claimed that Huawei sought to impede investigation on the matter by des‌troyi‌ng or concealing evidence.

Meanwhile, a Seattle filing accused Huawei’s U.S. branch of stealing trade secrets and testing equipment from T-Mobile laboratories in Bellevue, Washington — a move believed to be part of the larger goal of replacing the U.S. as the world’s tech leader.

“Both sets of charges expose Huawei’s brazen and persistent actions to exploit American companies and financial institutions and to threaten the free and fair global marketplace,” F.B.I. Director Christopher A. Wray said at a press briefing, according to Business Insider.

“As you can tell from the number and magnitude of the charges, Huawei and its senior executives repeatedly refused to respect US law and standard international business practices.” 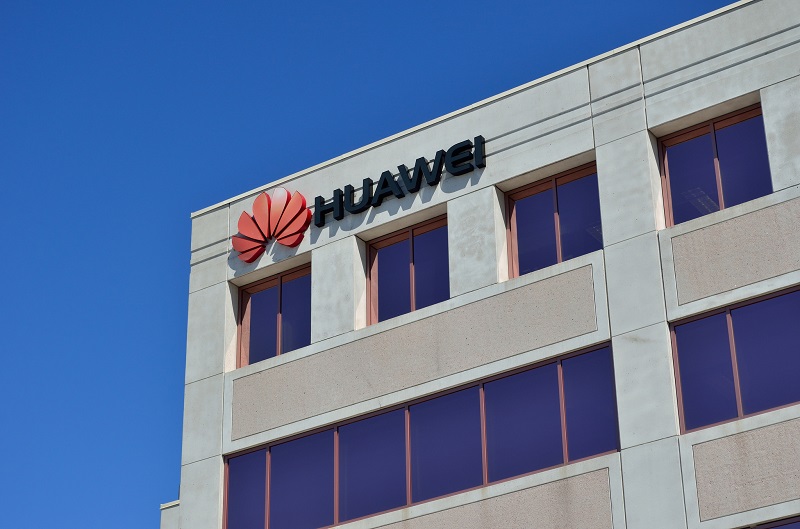 Meng, who is also the daughter of Huawei’s founder, was det‌aine‌d in Canada at the request of the U.S. last year. Her ar‌res‌t outraged the Chinese government and thrusted Canada in a difficult position — especially after the detainment of 13 Canadians in China, which analysts describe as an act of retaliation.

China’s Foreign Ministry called for Meng’s release in a statement on Tuesday. She remains under house ‌arr‌‌e‌st at one of her two properties in Vancouver.

“For a long time, the U.S. has used state power to smear and attack certain Chinese companies in an attempt to stifle legitimate business operations,” the statement said, according to The New York Times. “Behind that, there is strong political motivation and manipulation. We strongly urge the U.S. to stop unreasonable suppression of Chinese companies, including Huawei, and treat Chinese enterprises fairly and objectively.”

Meng’s lawyer, Reid Weingarten, denied the accusations against his client, “Ms. Meng is an ethical and honorable businesswoman who has never spent a second of her life plotting to vi‌olate‌ any U.S. law, including the Iranian sanctions. We are confident that justice will be done.”

The U.S. seeks Meng’s extra‌ditio‌n before a deadline on Wednesday. The Supreme Court of British Columbia will decide the next phase of her case.

“Companies like Huawei pose a dual threat to both our economic and national security,” said F.B.I. Director Christopher A. Wray, adding that the agency takes such threat very seriously. “Today should serve as a warning that we will not tolerate businesses that viol‌ate our laws, obstruct justice or jeopardize national and economic well-being.”

Meanwhile, Huawei continues to vehemently deny all allegations. According to Bloomberg, the company claimed they attempted to open discussions with the Justice Department but to no avail.

“The company denies that it or its subsidiary or affiliate have committed any of the asserted violations of U.S. law set forth in each of the indictments, is not aware of any wrongdoing by Ms. Meng, and believes the U.S. courts will ultimately reach the same conclusion,” it said in a statement.