A legislation criminalizing sex between mutually consenting adult men in Singapore has sparked renewed calls for reform after the Supreme Court of India’s decision to repeal highly controversial section from the Indian Penal Code on September 6.

Section 377A of Singapore’s Penal Code (“Outrages on decency”) states that:

However, recent calls for the 157-year-old section to be repealed have been met with resistance by netizens who wanted to keep it intact mainly on religious grounds.

A petition urging the government to abolish Section 377A has so far collected less than 50,000 signatures, while the opposing petition which demands it to remain as is has generated over 108,000 signatures as of this writing.

Signatories supporting the decision to keep Section 377A have also shared their views against LGBTQ lifestyles via some disheartening comments.

Here are some of the bigoted pronouncements posted on the petition as collected by Coconuts media: 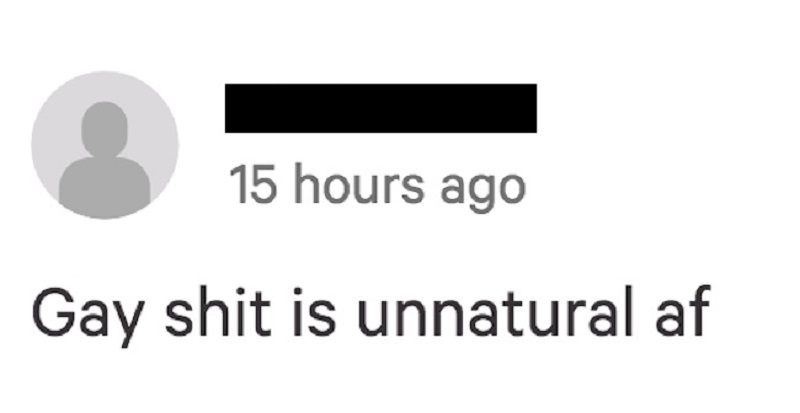 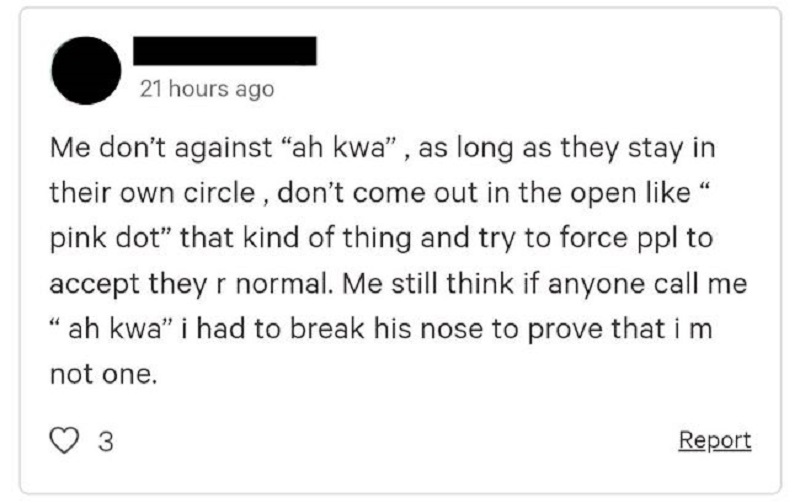 Earlier this week, Muslim organization Jamiyah Singapore released a statement noting that repealing the section “will do more harm than good,” according to the Straits Times.

“The Islamic law (shariah) on this particular lesbian, gay, bisexual and transgender (LGBT) issue is clear… homosexuality and its related acts are prohibited,” Jamiyah was quoted as saying.

“Islam teaches that believers should neither participate in, nor support such acts, but (deal) with issues of this nature in the best of ways.”

It further noted that in Islam, only marriage between a man and a woman is “the accepted way.”

First, the group said the 377A “entrenches and promotes discrimination against the lesbian, gay, bisexual, transgender and queer (LGBTQ) community.” Its existence also marginalizes LGBTQ individuals as they are regarded as “less than full members of society.”

Second, it explained how matters profoundly affecting human rights should not be decided by polls.

“Negative attitudes towards LGBTQ people can hardly be expected to change when various government policies make it very difficult for misconceptions about them to be dispelled,” it added.

Maruah finally noted how repealing 377A would “help to ensure a secular common space” while adding that retaining the “archaic law” is “outstandingly backward.”