The film, which will be released in select theaters on Dec. 2, follows a young boxer named Zeus who knocks out an aggressor he sees physically attacking an elderly Asian man. When the incident goes viral, Zeus earns the attention of a middleweight champion who challenges him to an unorthodox boxing match. 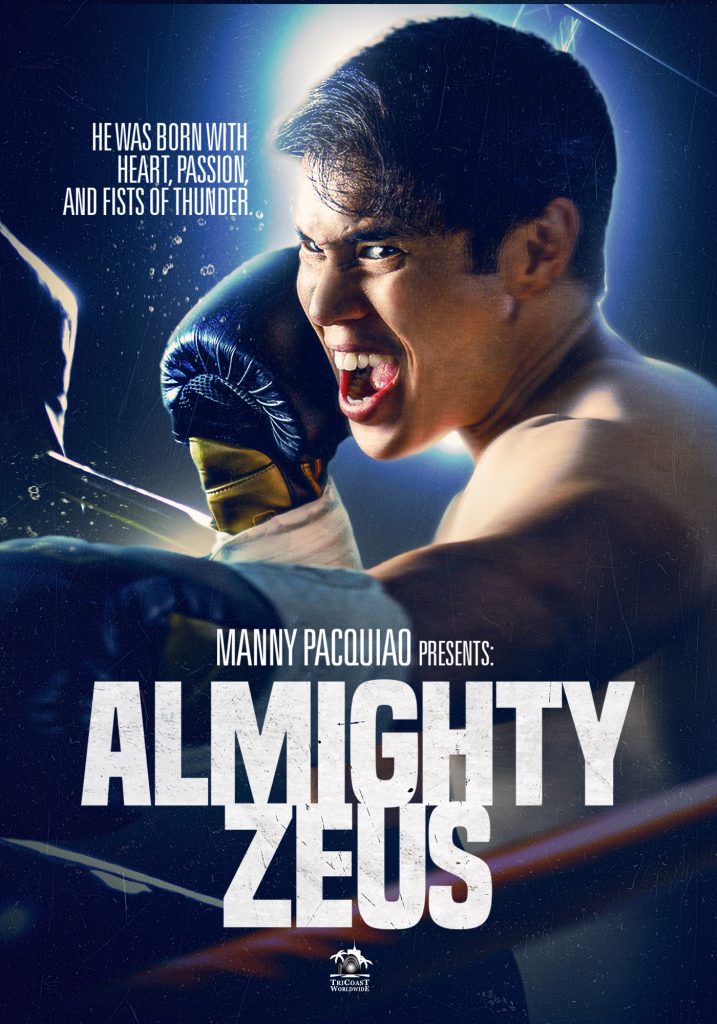 “Almighty Zeus” was written, directed and produced by Chris Soriano, who also stars as the lead character. Soriano, a speaker for young adults, executives and public servants, is the co-founder of Matthew 25:14 LLC, a movie production company dedicated to empowering minorities across the U.S. His wife, Hillary Soriano, is an executive producer of the film.

Although Soriano, 33, had no prior acting, directing or screenwriting experience, he felt compelled to create “Almighty Zeus” amid the rise of anti-Asian hate crimes in America.

“Hate crimes have always been happening, but we started seeing an influx of that in L.A.,” Soriano tells NextShark. “When I saw all these stories, I was like, ‘What if all that happened to a professional boxer versus to an elderly person who can’t really defend themselves?’ And that’s when I knew maybe I can write something. After writing it for seven days, I said, ‘I’ve got to do this. I’ve got to make this a movie,’ so that people can see this from a different angle because sometimes, I think that’s why we have miscommunications. We just can’t see things from the same perspective.”

Soriano, who also has no professional boxing experience, admires the art of ring fighting. He was inspired by Filipino boxing legend Manny Pacquiao and boxing movies such as the 1976 film “Rocky.”

“Two people with different views could still come together and settle it in the ring one-on-one,” Soriano says. “I was always inspired by Manny Pacquiao and how he did that, and that’s how I created that story.”

As the film was in production during the peak of the pandemic, Soriano had to audition and cast actors online via Zoom.

“Some of them didn’t have jobs because of the pandemic, and that’s how a lot of this came together,” he explains. “A lot of filmmakers were unemployed and instead of them just sitting around, I said, ‘Let’s make this movie, let’s work together.’”

“I wasn’t going for perfection, I was going for… ‘Let’s raise awareness,’ ‘Let’s get it out there,’” he adds. “People could critique. They could say whatever about the movie, but if I’m doing something for a good cause, that’s my true North, that’s my compass that would take me.”

Besides stepping into the unfamiliar worlds of filmmaking and boxing amid the COVID-19 pandemic and the government’s restrictions, Soriano’s mother suffered a stroke the day before production began. Although the actor says he felt defeated, he pushed himself to do the impossible, completing the film in only 90 days.

During post-production, he reached out to Pacquiao about becoming a producer after seeing that the professional boxer had been outspoken about stopping Asian hate in the U.S.

“It’s an honor to be executive producer of this movie,” Pacquiao told CBS Los Angeles. “I hope this movie will encourage and inspire people, not only in America but all over the world. We should spread love, instead of fighting each other.”

Noel Quintana, the 61-year-old Filipino man who was slashed across the face on a New York City subway last year, expressed support for “Almighty Zeus” after watching the film, according to Soriano.

While Soriano hopes to spread awareness of hate crimes and racism toward minorities in the U.S., he also wishes to promote peace and provide more opportunities for Asian Americans and other people of color to star in movies.

“I hope that viewers would take away a story of hope, of fighting for your dreams, but more so fighting for what’s right,” Soriano says. “I think fighting and standing up for things that you believe in are very important for everything happening in today’s society. Whatever dream you have, I want people to tap into that and get inspired through this film.”

All images via Hillary Manalac Soriano