In welcoming the Lunar New Year, China released a video message for Taiwan depicting moments of daily life in the island before shifting to scenes of bombers and jet fighters from the People’s Liberation Army (PLA).

The video, titled “My Fighting Eagles Fly Around Formosa” — a former name of Taiwan — was released on Weibo to a chorus of support from mainland citizens on Sunday.

The three-minute video begins with ordinary scenes such as nature, a group of children, a family, and city life.

However, it progresses to a military flex on the 1:14 mark and the official badge of the PLA is superimposed on Taiwan’s iconic Taipei 101.

The video shows PLA H-6 bombers and J-20 stealth fighters performing exercises around the island, as its title claims.

According to the South China Morning Post, the lyrics of the song accompanying the call for “brothers and sisters” to “return [and] reunite,” with one line saying, “My fighting eagles are flying around Taiwan, the nostalgic memory from the homeland is softly calling you to return.”

On Monday, Taiwan’s Ministry of Defense (MND) returned the greeting with their own video, titled “Freedom Isn’t Free,” on Facebook.

The one-minute video is a straightforward response highlighting the island’s military preparedness, suggesting that its fight for freedom takes no vacation — even on the Lunar New Year.

“Threats from the enemy only serve to strengthen our resolve to protect our freedom and democracy. We will defend the Republic of China’s continual development, and maintain peace within the Taiwan Strait and in the region,” MND said in a statement according to the Taipei Times. 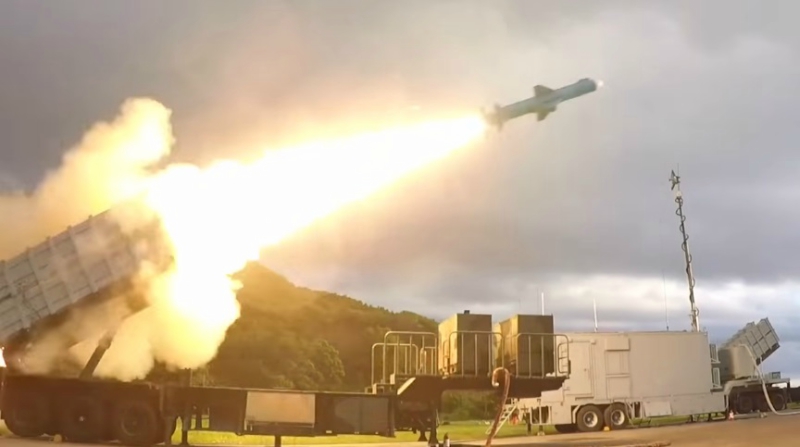 Taiwan’s Mainland Affairs Council (MAC) also released a statement denouncing China’s “greeting,” adding that the island will continue to defend its democratic way of life rather than succumb to Chinese threats.

“This approach aims at reunifying Taiwan with force and will only have counterproductive results as Taiwanese will find it repulsive and distasteful.”