For the Love of God, Please Don’t Put an Aluminum Ball in the Microwave

An April Fools’ Day prank had people destroying their microwave ovens in an asinine attempt to turn some crumpled aluminum foil into a shiny ball. 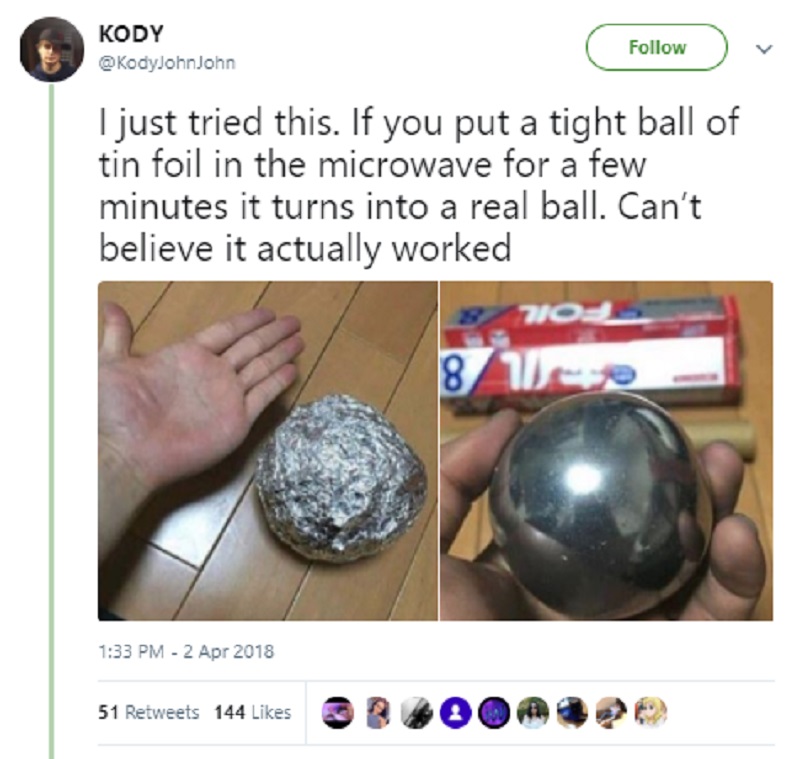 On April 1, there were some viral tweets which claimed a process to magically transform the foil by heating it in the microwave for a few minutes. 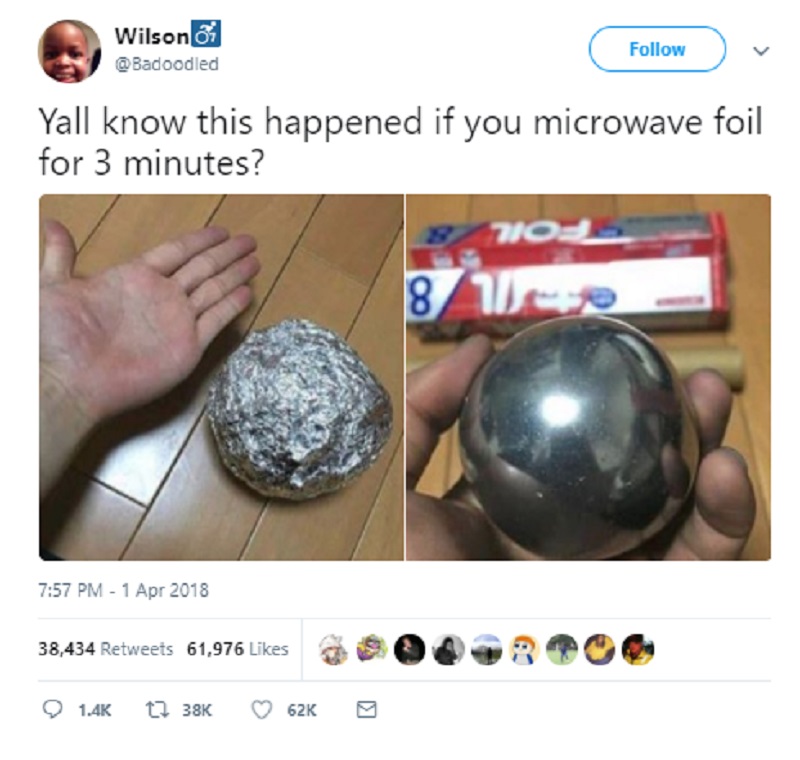 Images used in the tweets reportedly originated from a story involving Japanese Twitter user @Asu_Astell who, back in March, made a shiny ball by pounding a foil ball with a hammer and then finishing it with sandpaper.

As most people are lovers of all things shiny, the tweet immediately went viral, earning almost 100,000 retweets in a matter of days.

Here’s how he actually did it, according to BuzzFeed:

The process obviously did not involve a microwave, but a prank soon emerged from it and took a life of its own. Some conniving Twitter users took advantage of the more gullible netizens, tricking them into throwing foil in the microwave. 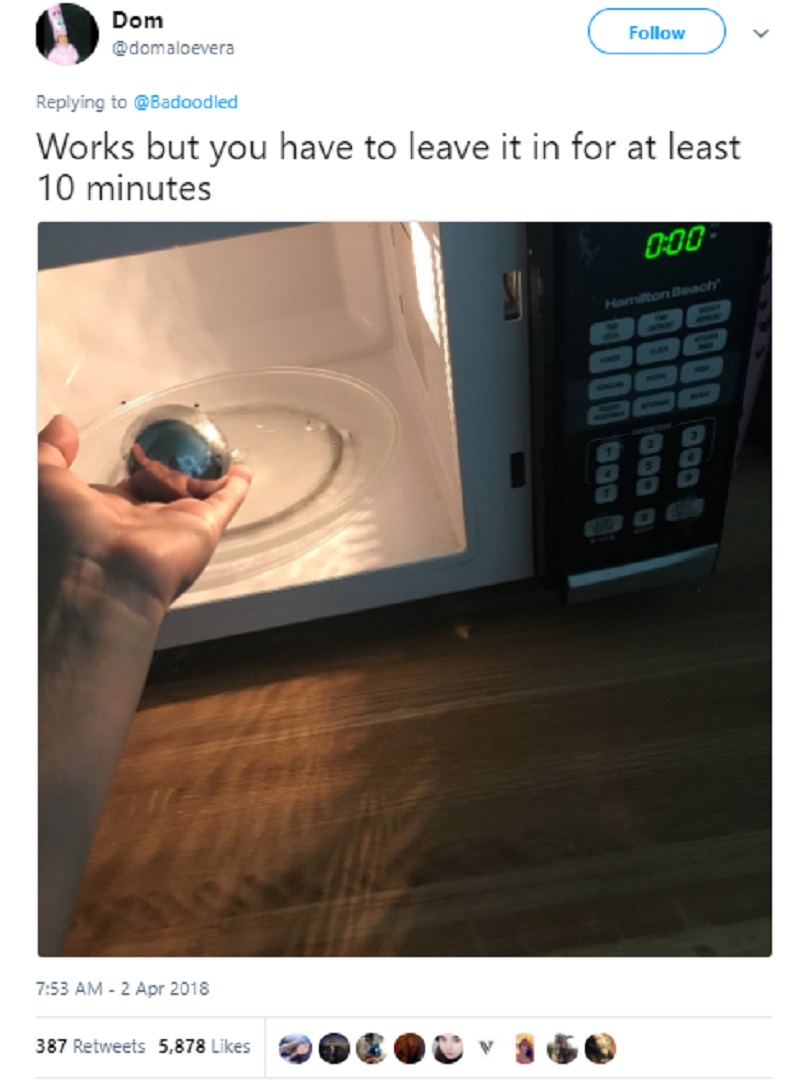 Soon enough, a few people began tweeting photos of broken microwaves, purportedly due to the prank. 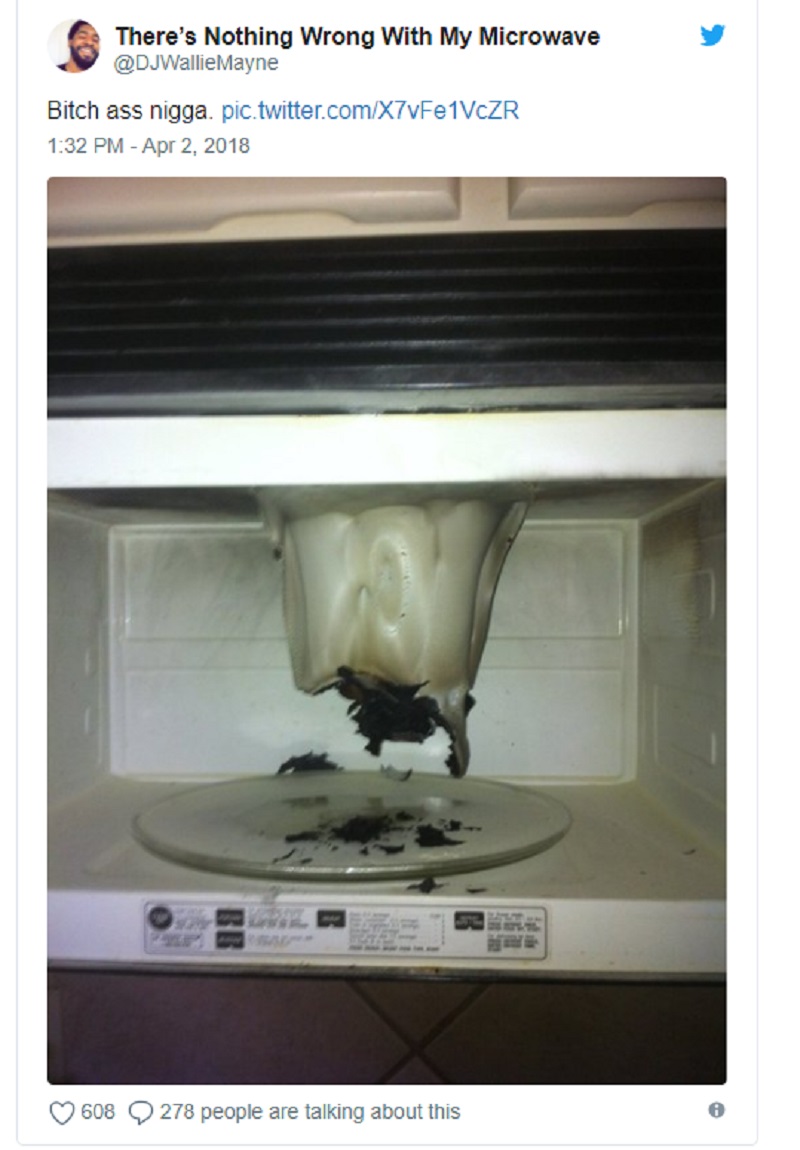 Fortunately, many netizens proved that there are still indeed some good in the world by warning others about the harm of attempting to make shiny balls of aluminum foil. 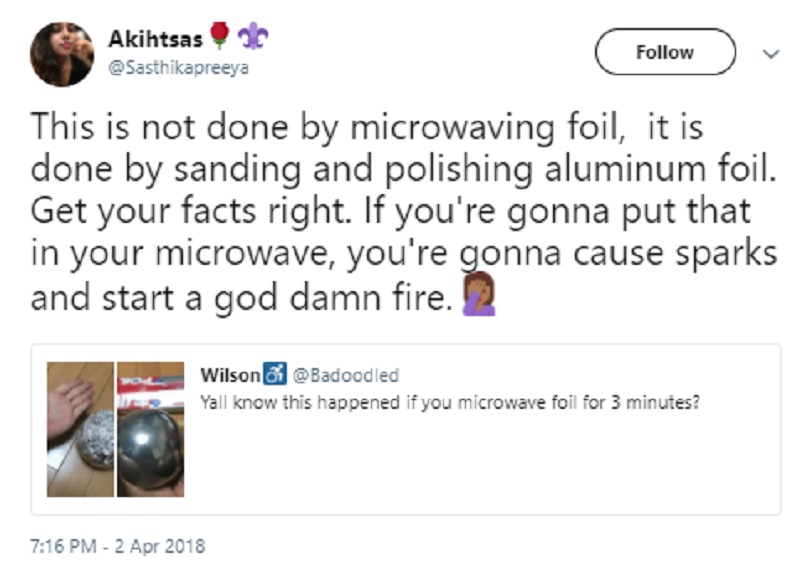