Lisa Vannatta, perhaps better known by her gamer handle STPeach, is no stranger to attention online; with 455,540 Twitch followers...

Lisa Vannatta, perhaps better known by her gamer handle STPeach, is no stranger to attention online; with 455,540 Twitch followers, 385,000 Instagram followers, 108,000 Twitter followers, 34,958 YouTube subscribers, and 18,378 subreddit readers, she manages her personal brand as a video game streamer with the finesse only a professional could handle.

Of course, with all the attention comes the occasional hater or two — especially when she posts photos of herself with her boyfriend, Jay. 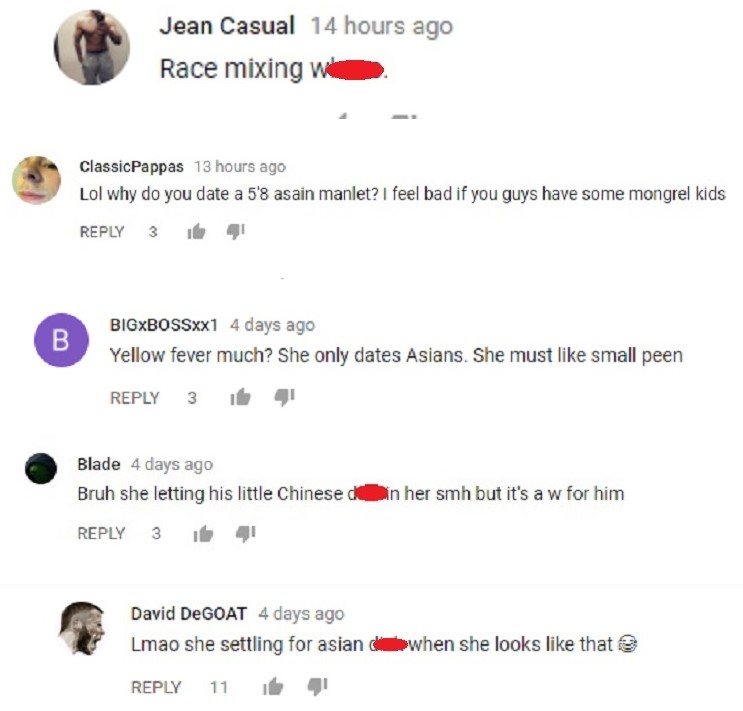 Interested in hearing what she thought about the influx of nasty comments surrounding her decision on who she chose as a romantic partner, we asked STPeach about her experiences in gaming and dating. 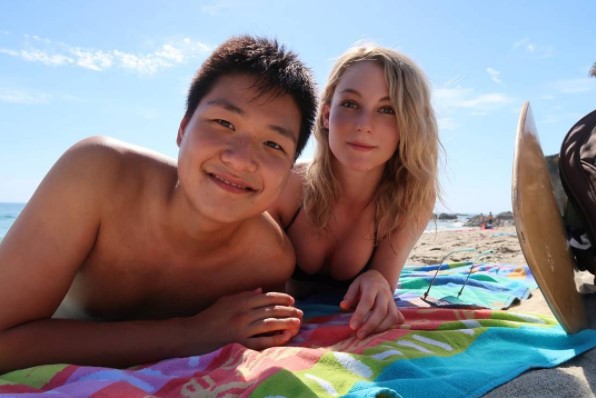 STPeach, who has been streaming on her Twitch channel for two years, began playing video games at a very young age, thanks to her two older brothers who influenced her. “Once I began to play Maplestory in Middle school, I was hooked on video games,” she told NextShark.

In fact, MapleStory is responsible for bringing the two together. “One of his friends was in my MapleStory guild at that time, and we eventually got to know each other over Skype and we became just friends,” she told NextShark. “We both finally met for the first time a year ago, and we’ve hit it off ever since.”

And even though she’s a PC gamer and he prefers consoles, the two of them enjoy playing video games with each other. “Our all-time favorite games to play together is anything from the Zelda series,” she said. “We’ve already played Windwaker, Breath of the Wild, Twilight Princess, and we plan on playing all of the rest together!”

As a female Twitch streamer, she’s received her fair share of hate from anonymous trolls — she doesn’t let it get to her, though. “I feel like with any internet interaction, people know they can hide behind their computer screen, so they feel free to say whatever they want. Same goes for the gaming world.”

Dating an Asian man has also brought out trollish comments from netizens as well, which has left her confused as to why. “I don’t understand it; I just think it comes down to people being behind their screens thinking there are no consequences in saying those type of things on the internet.”

She explained that the hate she receives for being a female gamer is different than the hate she receives for dating an Asian man. “It ultimately depends on what platform I’m on or what I’m posting. For example, on my YouTube videos that have Jay in them, there are a lot more comments about me dating him verses on Twitch where it would be a lot more comments about my clothing and being a girl gamer.”

Of course, she doesn’t let the hate get to her. “I’ve gotten everything from being called a slut to much meaner things on the internet. It is honestly just funny at this point. People that have the time to comment these things aren’t happy with themselves, and you have to keep that in mind while putting yourself out there for people to judge.”

And the nasty comments haven’t impacted their relationship at all. “We are both happy with one another. The hate doesn’t affect us or our relationship together. To be honest, we find it funny that it’s even a topic of discussion because it just seems like a such a normal thing to us.”

Netizens didn’t always offer hateful comments — many were curious about how she had come to date Asian men. “Honestly, that is such a funny question to me,” she said of the query. “I am not certain; I have just always had an attraction to Asians. I am not sure the reason behind it, but I just do! I do think it is fascinating and fun learning different cultures all around the world!”

She also offers this advice for any Asian men looking to date beautiful gamer women like her: “Be yourself! There is no point in trying to be someone you aren’t just to try and get with someone. If you be yourself from the beginning, you’ll end up finding someone that likes you for who you truly are. I think that is the most important thing.”

And as for dealing with haters, both in gaming and to those dating Asian men, she has this to say: “Just do what you love, and love the person because of them. No matter what you do in life, there will always be people trying to bring you down. Focus on yourself and continue to look forward to the future.”