Amazon is now searching for Chinese American actors for its upcoming series “Tong Wars”, a historical crime drama which focuses on the gang wars between Chinese criminal organizations of 19th century San Francisco.

Renowned Hong Kong filmmaker Wong Kar Wai (“In the Mood for Love”, “The Grandmaster”) is set to direct the series written by Paul Attanasio (“The Sum of All Fears”, “The Good German”).

Casting is currently ongoing, and Wong is reportedly seeking actors who are fluent in Cantonese and American English for the main characters in the series, according to ASAM News.  The casting call, which was made public on Thursday, listed four roles: two younger males and two older female leads. Interested parties are encouraged to send their details to email to [email protected] by December 22. 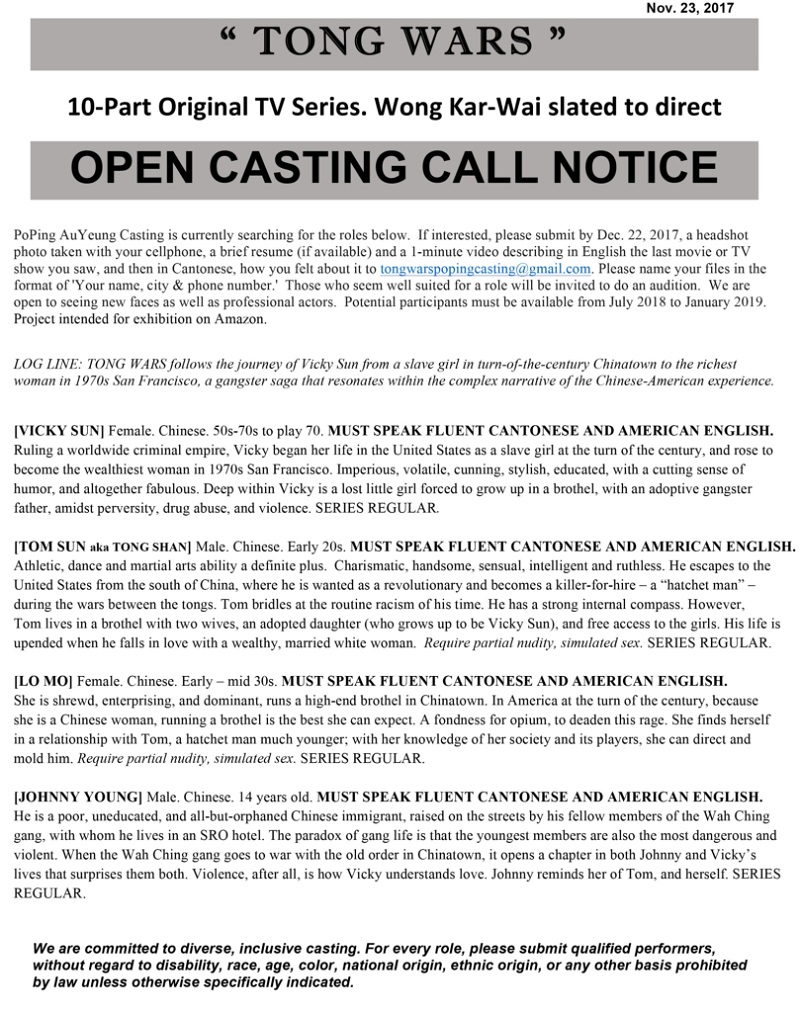 According to Variety, the series “tells a story spanning a significant period of time about Chinese immigrants and the clashes between organized-crime families in the city’s Chinatown.”

The 10-part series, which was ordered by Amazon back in September, will have hour-long episodes based on events that transpired between 1905 to 1971.

Wong, who is transitioning from the big screen to the small screen for the first time, said the format of a TV series will allow s filmmakers to use “a bigger canvas to tell their stories.”

“The thing that attracted me to this project was the first opportunity to tell the story of the first Chinese American experience in the most authentic and proper way because I think there aren’t many films about this experience,” Wong was quoted as saying.