If you’re frustrated with your height, there is now a procedure that can be done to make yourself taller.

The surgery has a three to six month recovery process that lengthens your legs by gradually growing new bone.

The process, called distraction osteogenesis, begins with a deliberate break in the legs, in this case, the femur or tibia. The two separate segments are then pulled apart at the rate of roughly one millimeter per day, according to the Paley Orthopedic and Spine Institute.

Essentially, the bone and soft tissue will slowly regenerate when they are gradually pulled apart at this rate. The lengthening will be performed by an intramedullary nail which would be inserted inside the marrow cavity, creating a gap that will eventually be filled with new bone. Then, a metal rod is pushed into the tibia and stabilizing pins are hammered in as your legs grow.

During the two days immediately after the surgery, patients will have epidural anesthesia or patient-controlled analgesia (PCA) to help with the post-surgery pain. After this period, most patients will be put on oral pain medication, including after they are discharged. Most patients report the most pain during physical therapy and at night.

Inevitably, patients will experience various levels of post-surgical pain for the first two weeks; however, this discomfort reportedly decreases after this period. While most patients do not complain of pain during the daytime and the actual lengthening process involving the nail is said to be painless, medication can be prescribed to help fall sleep at night. 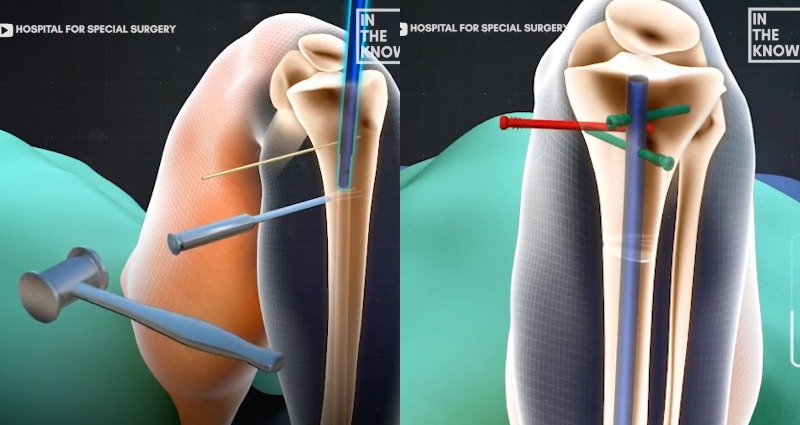 Patients at the Paley Orthopedic and Spine Institute usually look to gain three inches or more, according to their website.

The institute also reassures those who may want to undergo the procedure that it will result in very minimal scarring, if at all. They state that a hip incision is made but will only be a half-inch in size, along with four or five quarter-inch incisions on the side of the thighs which usually “look no bigger than a mosquito bite.”

A desire for this surgery might stem from a body image anxiety disorder known as height dysphoria or height neurosis. If the patient is unhappy because they see themselves as short, they may resort to a cosmetic surgery such as the one described.