The LAPD has recently released a man who was initially suspected of the brutal beating of an elderly woman in Koreatown last Saturday.

The suspect, 41-year-old Richard Colomo, was arrested on Tuesday on suspicion of felony battery on an elderly person but was released Thursday without any charges filed against him.

LAPD Detective Hee Bae Cho reported that Colomo did not know the elderly victim, Mi Reum Song, who was attacked without any clear motive, according to ABC 7.

Song, an 86-year-old grandmother, was walking down the street by Hannam Supermarket near the corner of Olympic Boulevard and Vermont Avenue when a middle-aged man, first described as Hispanic and wearing all-black attire, approached her and punched her face. Song fell on the pavement causing severe injuries to her head and face. Fortunately, she is expected to make a full recovery.

Song’s granddaughter, Yujin Audrey Ko, reached out to Facebook after the incident to help bring the assaulter to justice.

“She told me to let this go because she wants to forgive the man that did this but I can not and I am livid,” Ko wrote on her Facebook post. 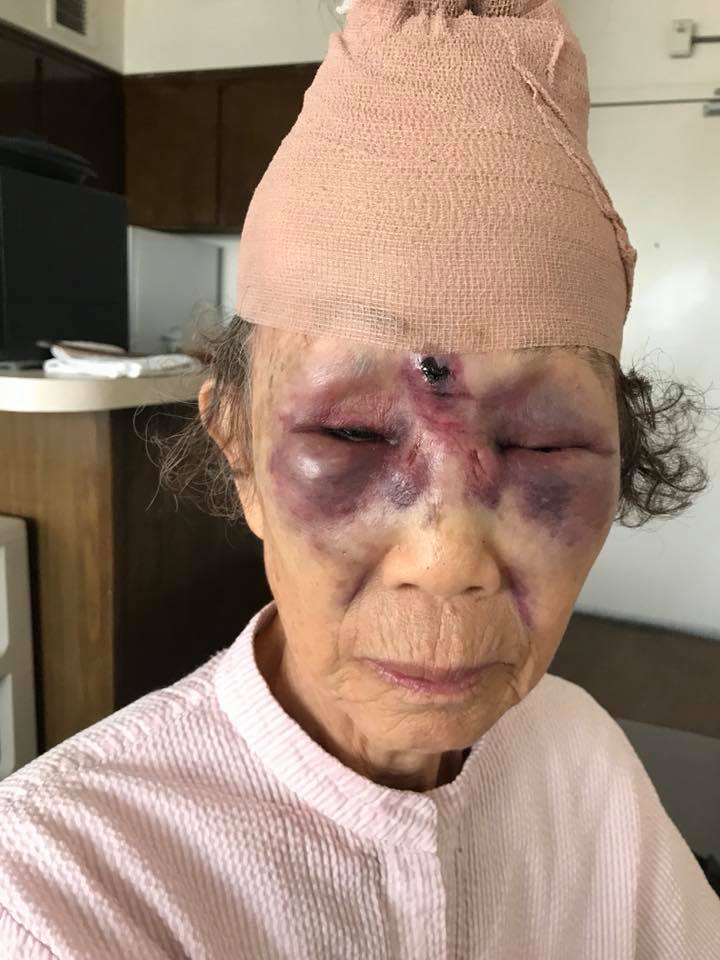 “I am imploring you to please share this on your networks so that I could maybe by some miracle get in touch with any of them to get more information that might lead to catching this guy,” she added.

Anyone with information on Song’s attacker is urged to contact the LAPD Olympic Station at (213) 382-9102 with details.