A Japanese man has been making waves in social media for performing unusual party tricks, the most popular of which involved a tablecloth, some kitchenware and his naked body.

Kazuhisa Uekusa, 29, has videos of himself lying naked on the floor with nothing but a silk cloth and a cup and saucer on top of his private parts.

Uekusa does the trick by removing the cloth abruptly so that the cup and saucer stay in place.

He used an electric fan to whip the cloth off in one of his videos, which raked at least 49,000 retweets and 66,000 likes on Twitter.

Uekusa, a comedian who lives in Japan’s Saitama Prefecture, told BuzzFeed News that the tablecloth stunt was originally for a gag TV show. One of his videos, however, was excluded from the program, so he posted it online so that it wouldn’t go to waste.

Little did he know that the hilarious clip would gain so much attention. From there, he knew what he had to do:

“There was a little bit of good reaction, so I uploaded several more videos, and I became like this.”

Uekusa said that each video takes about two to three hours to film, noting that the stunt with the electric fan was the most difficult because “the fate is all up to the fan, not me lol.”

“I guess the trick is to find a place where you can stabilize your cup, and find the best position to pull the cloth in the best direction,” he added. 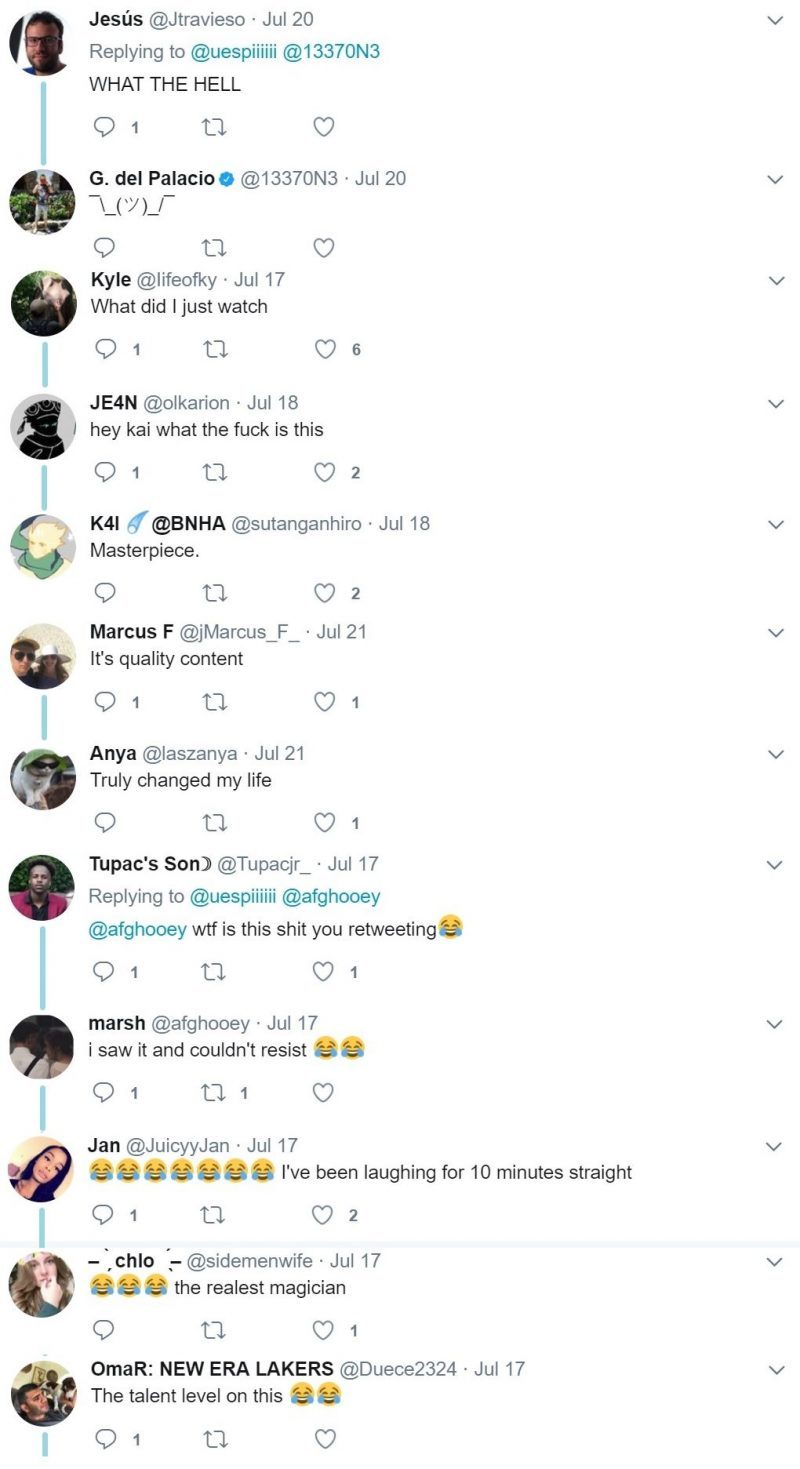 If you’re still doubting Uekusa’s talent, check this out: