UFC fighter Joanna Jedrzejczyk has earned criticism online for an Instagram story that many found to be insensitive.

The Polish fighter, who is set to face UFC strawweight champion Zhang Weili in March, made fun of her opponent by making a not-so-subtle reference to the coronavirus.

In her post, Jedrzejczyk is seen in an image, standing behind Zhang while wearing a gas mask. The manipulated photo apparently implies that she was wearing the mask to protect herself from catching the coronavirus from the Chinese fighter. 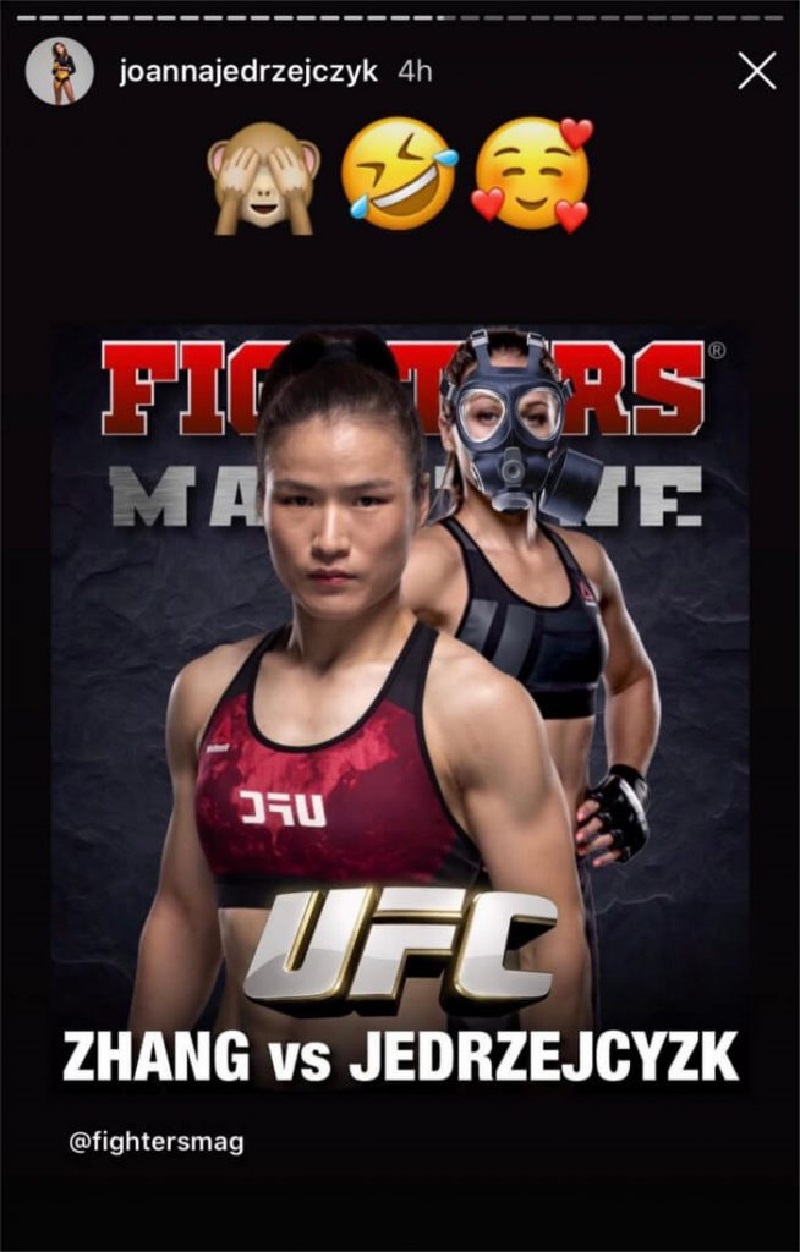 The photo, which also included a see no evil emoji, a laughing emoji and a hearts emoji, was reportedly made by Instagram account Fighters Magazine. In the original post, the photo has a caption of “La segurida ante todo…” which is Spanish for “safety first.”

While it is not unusual for fighters to exchange barbs on social media to drum up interest in an upcoming match, using a deadly virus that has killed many is no laughing matter.

Since its first appearance in Wuhan, China back in December, the current outbreak has so far claimed the lives of over 130 people. The virus is still spreading, with over 6,000 confirmed cases so far.

Zhang, who became UFC’s first Chinese champion after knocking out Jessica Andrade in the first round, was born in Handan, China.

To make fun of tragedy is a true sign of ones character. People are dying, someones father, someones mother, someones child. Say what you want about me if it makes you feel stronger but do not joke about what’s happening here. I wish you good health until March 7th. I will see you soon.

Despite the below-the-belt insult, Zhang chose to react with a bit more class, responding to Jedrzejczyk via Instagram to politely ask her to focus attacks directly at her instead of using the deadly virus as a joke.

“To make fun of tragedy is a true sign of one’s character. People are dying, someone’s father, someone’s mother, someone’s child. Say what you want about me if it makes you feel stronger but do not joke about what’s happening here. I wish you good health until March 7th. I will see you soon,” Zhang wrote.

Jedrzejczyk and Zhang are scheduled to fight on March 7 at UFC 248 in Las Vegas.