Former Australian Olympian Jacqui Cooper has been accused of racism after saying “all Chinese competitors look the same” during Channel Seven’s coverage of the 2018 Winter Olympics. 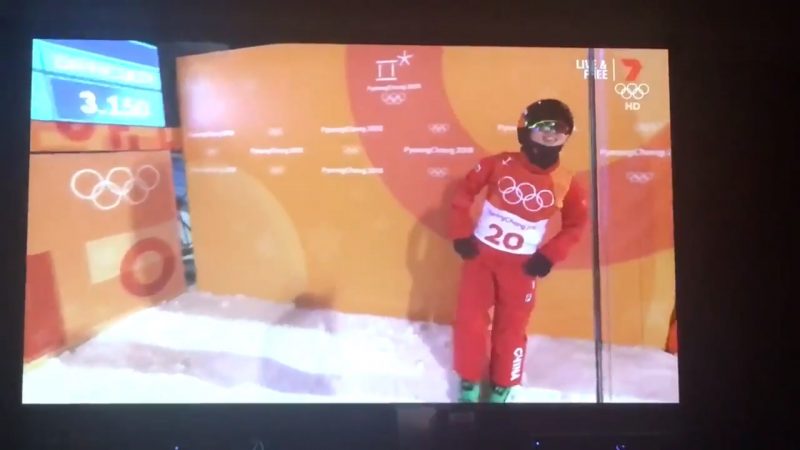 Cooper, 45, made the comment about Chinese athletes during the first stages of the women’s skiing aerials at the Pyeongchang Winter Olympics on Thursday night, the Herald Sun reported.

Cooper went on to Twitter to defend her commentary. “I’ve noticed a whole bunch of comments about my remarks re the Chinese. I need to make it clear I was talking about the jump. The Chinese are trained by one coach with one technique. Their aim is to all jump the same.”

Just finished the Aerials, I’ve noticed a whole bunch of comments about my remarks re the Chinese. I need to make it clear I was talking about the jump. The Chinese are trained by one coach with one technique, their aim is all to jump the same.
Bring on the final tomorrow night.

The Australian TV network also released a statement to stand by Cooper:

“During tonight’s commentary of the women’s aerials, commentator Jacqui Cooper, a former Olympian and world champion, noted that an aerial maneuver was in a technical and style sense, very Chinese. Meaning that the whole of the Chinese aerial team are trained in the same way – and the maneuver referenced was a classic, technically perfect, trademark of that team’s style. At no time was the commentary racist, intended to be racist or offensive.”

Many Twitter users were not having any of Cooper’s remarks:

Jacqui cooper, I love you. But saying that the Chinese aerial skiers “look the same” is kinda racist. @7Olympics isn’t doing well at all. #7Olympics

I’ve always wanted to be there to witness a live, tv moment you know is going to be on the news tomorrow. Thanks Jacqui Cooper @Channel7 for the casual racism toward Chinese athletes – “it’s hard to tell them apart, they all look the same” #PyongChang2018

Far out, Jacqui Cooper actually just said this when commentating the womens aerials:
“The Chinese, they all look the same, it’s very difficult to tell who is who”#PyeongChang2018
Seriously?

Jacqui Cooper “the Chinese are hard to tell apart, they all look the same” insightful commentary @7olympics

Notes for Jacqui Cooper
1) don’t describe all Chinese as looking the same when jumping cos it sounds, uh, bad
2) No one cares how proud you are of your mates
3) stop shouting