Indian Couple Married for Love, But Bride’s Dad Paid for Assassins Because It Was ‘Forbidden’

A young Indian couple’s love story abruptly ended in tragedy after they tried to defy an age-old system of discrimination and hierarchy by exchanging their vows.

Just a few months after 23-year-old Pranay Perumalla tied the knot with his wife Amrutha Varshini, 21, he was killed by a man sent by his own father-in-law.

Pranay was a member of the Dalits, a caste at the very bottom of India’s caste hierarchy. Previously known as the “untouchables,” Dalits make up nearly 17% percent of India’s population of over 1.3 billion.

Meanwhile, Amrutha belongs to Arya Vysya, a subset of the upper caste family known as Komati. Her wealthy family reportedly viewed their marriage as an “unacceptable humiliation.” 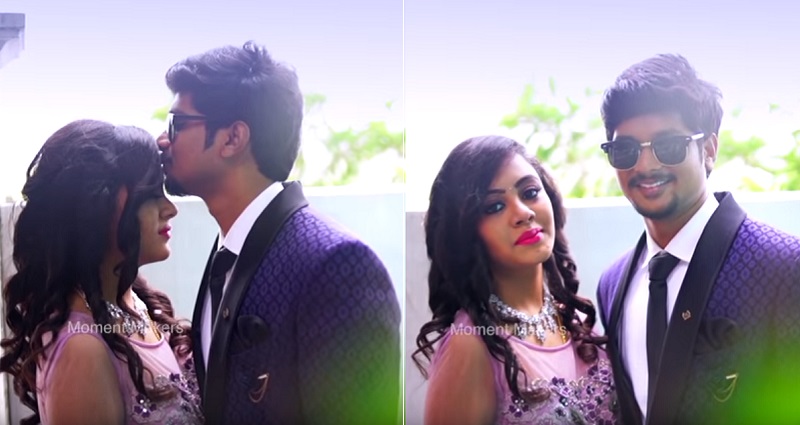 According to court documents, Amrutha’s father, T. Maruthi Rao vehemently disapproved of his son-in-law that he hired killers to murder him, reports The Washington Post.

Over many years of subjugation, many Dalits also penetrated politics, higher education and business, partly through affirmative action. However, adherence to the caste system is still widely observed in Indian society as recent data suggests. Based on a 2017 study, only 5.8% of Indian marriages are between people of different castes. This figure has barely changed in the last four decades.

The country has enacted many laws and social initiatives to protect and improve the socio-economic conditions of its lower caste population since the 1950s, but the continuous tradition of marrying in one’s own caste has kept the system rigid in the present day. Cases of non-adherence to this system, such as inter-caste marriages, have often led to very violent opposition by the upper castes.

In the last two months, numerous reports of men and women getting killed for marrying outside their caste have come from the states of Gujarat, Tamil Nadu, Madhya Pradesh and Andhra Pradesh. In one case, an Indian politician’s daughter who married a Dalit man against her family’s wishes begged people on social media for protection from her father.

Uma Chakravarti, a historian/expert on caste and gender, revealed that the violent reactions are “passed off in the name of tradition and honor.” She further noted that a woman choosing a Dalit man to marry strikes a deeper wound to her parents as it “destabilizes the entire system” anchored on inequality.

Even as a teenager growing up, Amrutha’s parents have warned her against not making friends with girls from lower castes, particularly Dalits. She met Pranay, who studies in the same school as hers, while she was out with friends in her ninth-grade class. After exchanging texts and phone calls, they developed a friendship that immediately faced consequences after Amrutha’s father found out.

Not only did her father beat her for the first time, but he also confiscated her mobile phone and laptop before moving her to a different school. Amrutha and Pranay ended up seeing each other only briefly, on very few occasions, over the next six years.

“I can even marry you to a beggar who belongs to an upper caste,” Amrutha’s dad would keep telling her back then. “But I don’t want you to marry from a lower caste, whoever it is.”

The pair were already in college when Amrutha felt that her parents were making attempts to marry her to another man. Amrutha, who was then studying fashion, sent word to Pranay that she wanted to elope. At the time, Pranay was pursuing an engineering degree but decided to set it aside to fight for their love. 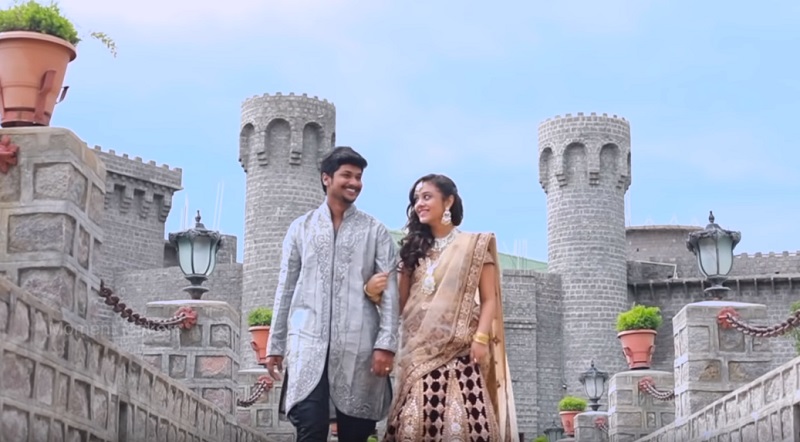 Amrutha and Pranay had it all planned out. In a bid to go to Australia and start a business, they immediately submitted their applications for passports and studied for an English proficiency test.

In a simple ceremony attended only by close friends, the couple got married at a temple in Hyderabad run by the Arya Samaj, a Hindu reformist group which supports inter-caste marriages. Their plans to leave the country was put on hold, however, when Amrutha discovered she was pregnant five months after their wedding.

They then decided to organize a reception on Aug. 17, 2018, to celebrate their marriage. The event was attended by hundreds of people but Amrutha’s parents did not show up.

Court documents would later reveal that at the time, 57-year-old Rao had already been plotting Pranay’s murder. He had already arranged a payment of $150,000 to have his son-in-law killed. Rao also used a photo of the pair from their reception invitation to help the killers easily identify Pranay.

Video captured by a CCTV camera on September 14 showed Amrutha, Pranay and his mother Premalatha leaving Jyothi Hospital after a doctor’s appointment. 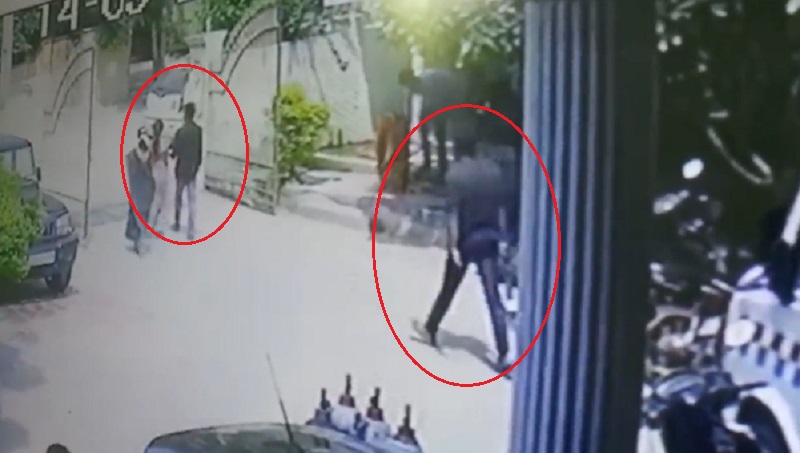 As they were chatting and walking down the street, a man suddenly came up behind them and struck two blows, hitting Pranay behind his back. Amrutha was captured on film in tears as she started running back to the hospital for help.

“Somebody attacked Pranay. What did you do?” Amrutha asked her father over the phone before she fainted.

Authorities have since cited overwhelming evidence linking Rao to the murder, noting that he confessed to the crime on September 30. Rao has yet to be sentenced for his crimes.

While many, including the hundreds of Dalits who mourned with Pranay’s family in Miryalaguda, denounced the young man’s death, there were also others who took the side of Amrutha’s father.

Amrutha, who now lives with her son and Pranay Perumalla’s parents in Miryalaguda, says Pranay’s parents have now become her own.