Hong Kongers first flooded the streets on Sunday to express their protest against an extradition bill that would allow criminal suspects to be sent to mainland China for trial.

Hongkongers promised they would be back when the police cleared the scene of #OccupyHK. They did, in 2019. #extraditionbill #Occupy2 @SCMPNews pic.twitter.com/OCA1pRZIMr

The bill was scheduled for its second reading in parliament on Wednesday, but demonstrators began gathering around the building on Tuesday night. Since then, the crowd has only grown larger and larger, blocking all traffic in the area.

Hong Kong at 10:15 a.m., June 12, 2019. Protestors have, once again, overwhelmed a key road in the center of the city as part of protests against a proposed extradition law. pic.twitter.com/uLdARIBdIz 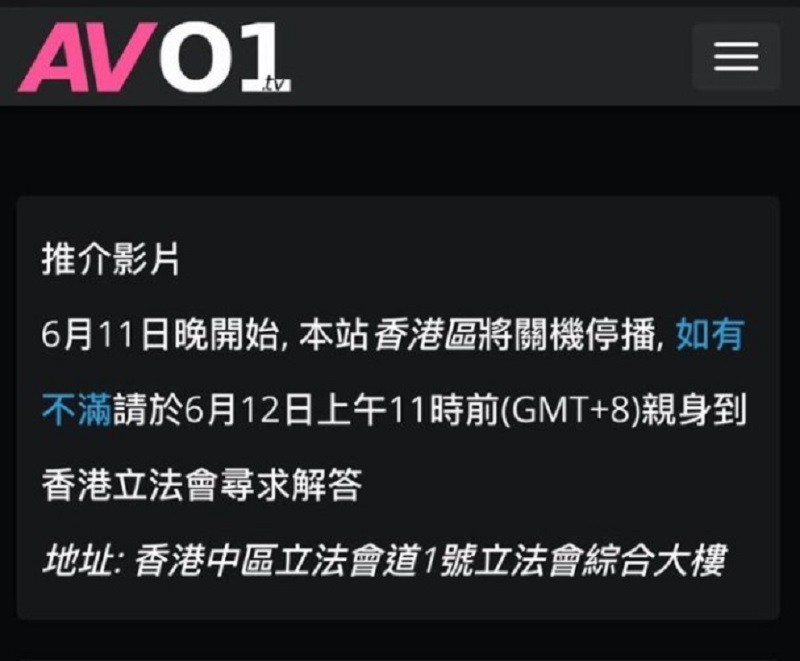 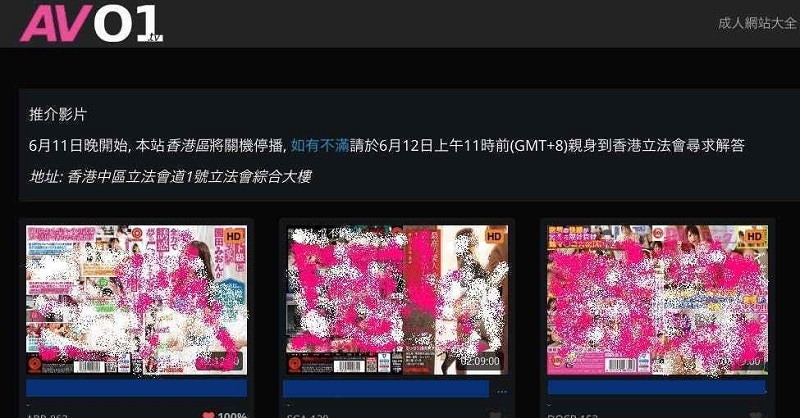 Another site, ThisAV, had earlier called upon its users to attend the “life and death” protests instead of “playing” on the internet. 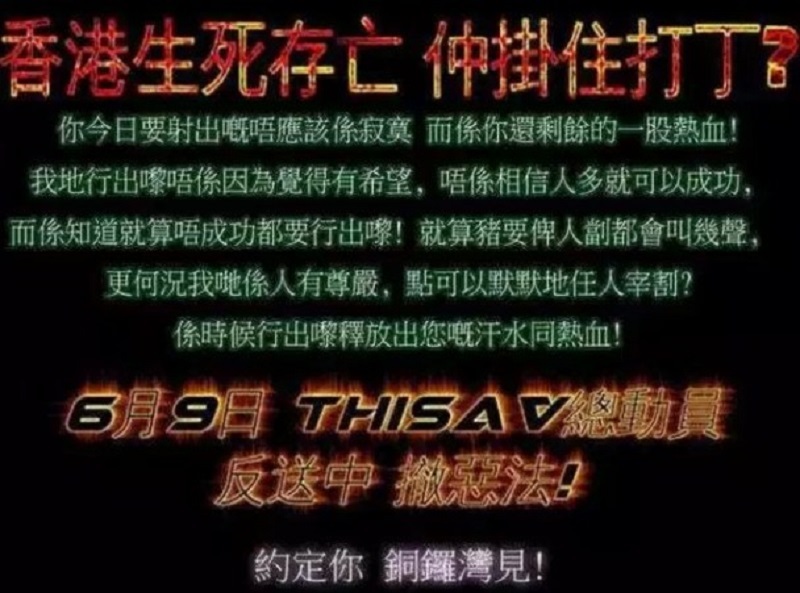 According to organizers, over a million people turned up to the march.

While both sites are ccessible now, AV01 has posted a message reading: “If you are a Hong Kong police officer, relative, or supporter, please leave this site.”