Known only by his first name Michael, a Brooklyn man is still earning praise on social media nearly two years after he committed a heroic deed.

Back in May of 2018, Michael helped capture a homeless man who attacked two elderly Asian women, aged 77 and 79, outside a Shoppers World in Brownsville, Brooklyn.

In the footage captured by surveillance cameras, the assailant can be seen striking the two women on their heads, causing them to fall and sustain injuries. Upon witnessing the assault, the good Samaritan ran after the attacker and held him down until the authorities arrived. 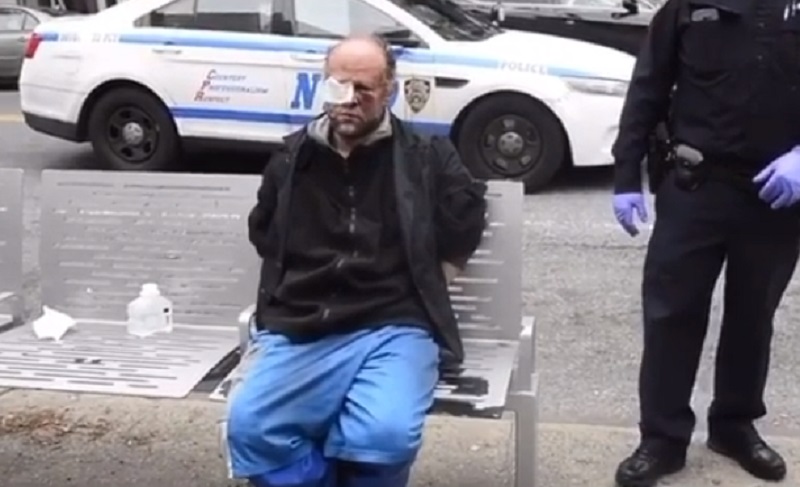 Michael, who didn’t reveal his last name, later narrated the incident in an interview with New York Daily News.

“I was walking down the block minding my business, and the guy over there, he hits the old lady, she hits her head on the glass and knocks out,” said Michael. “He hits her friend coming out of the store. Basically I just chased him and held him down till the cops got here.”

“He gave resistance, but he’s incarcerated now. You got to do what you got to do,” added the 37-year-old, revealing that he himself has been homeless for quite sometime now.

Michael’s interview, along with footage of the incident, has recently resurfaced on Instagram, where he is now being hailed as the hero that he is.

Michael is a hero 👌✊

“I’ll buy that guy a drink food whatever. He deserves every bit of whatever I give him. That could have been our mom dad grandpa grandma. 🙌🏽🙌🏽 Respect to you man,” one user commented.

“Michael gives me hope for humanity,” another user wrote.

“Somebody give Micheal a job he’s a real life superhero,” a commenter added.

Some Instagram users expressed interest in finding Michael, while others suggested to open a GoFundMe on his behalf. Unfortunately, details are scarce on who Michael is and where he is now.

While Michael’s heroic actions might be old news now, they remain especially relevant today amid the growing discrimination and violence many Asians are facing in the United States and other parts of the world.

As a combination of misinformation, ignorance and panic toward the spread of COVID-19 drive other people to attack others, we are in desperate need of more Michaels who can choose to do the right thing when such injustices arise.