Gold House, the premier nonprofit collective of API leaders, has launched Gold House Futures to elevate the next generation of changemakers.

It is a known historical problem that over the years, countless Asian and Pacific Islander (API) creatives, entrepreneurs and social impact leaders have lacked the support, resources, infrastructure and investments that are vital to visibility and success. To address this ongoing issue, Gold House, the premier nonprofit collective of API leaders, has launched Gold House Futures to elevate the next generation of changemakers.

“Instead of waiting for seats at others’ existing tables, we’re here to build our own: ones that are uniquely us,” said Mikkoh Chen, head of Futures. “With the backing of industry luminaries and the world’s largest platforms, Gold House Futures is equipping the next generation of creative and company leaders with career-making, life-changing resources to achieve authentic representation and commercial success.”

According to Gold House’s website, its Futures are “the most promising Asian & Pacific Islander (API) creatives and founders who benefit from career-making acceleration, skill-building and structured networking with like-minded API leaders.” The inaugural class of Futures will focus on five categories (“Guilds”) ​​— music, film, social impact, fine arts and entrepreneurship — to foster further connectivity within these groups, which are critical to strengthening positive API perception. Each Guild will work closely with leaders from their respective categories, and participants will receive additional support from the initiative’s cross-industry partners. 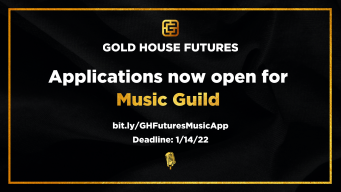 Gold House is collaborating with Spotify to bolster three API music artists who will have the opportunity to record Spotify Singles, a series of original artist recordings in its in-house studios that are released for streaming. These artists will be selected by a committee of music industry leaders (including Ronny Ho of Spotify, Puja Patel of Pitchfork, Eric Wong of Warner Music Group and Annie Lee of Universal Music Group) and icons (including Far East Movement). They will receive support, amplification and programming from Spotify.

“We are here to pour gasoline on top of these promising fires in the API Artist community,” said Byron Atienza, the Global Creative Vice President of Capitol Music Group. “It’s an extraordinarily talent rich, yet still underrepresented group that’s ready to make its contribution to the arts. Gold House Futures is here to provide that needed platform – now.“ 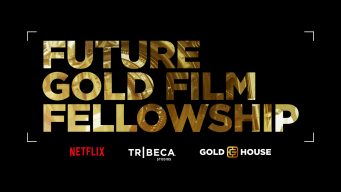 Created by Netflix, Tribeca Studios and Gold House, three API filmmakers will be selected to receive funding and promotion to produce a short film. They will be chosen by a diverse panel of industry heavyweights, including Jon M. Chu, Daniel Dae Kim and Alice Wu.

“I was able to kickstart my career with a three-minute short film on YouTube,” said writer and director Aneesh Chaganty. “So I’m very excited to support a few up-and-coming API filmmakers as they try to do the same: make exciting short films through The Film Guild.” 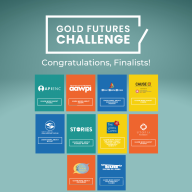 In partnership with Asian American Futures, the Gold Futures Challenge is a philanthropic award that recognizes the accomplishments of nonprofits serving API communities. Ten prizes — ranging from $25,000 to $100,000 —  will be awarded to organizations for projects that ensure API communities are Seen, Heard, Empowered and United. Finalists will be chosen by a slate of social justice leaders on the selection committee (including Chanel Miller, MILCK and Weijia Jiang), and the prize amounts will be determined by public vote. Awardees will also be invited to participate in educational programming provided by Node, a nonprofit social education network that empowers API community leaders.

“The Asian American Pacific Islander (AAPI) community is actively doing work to be seen, heard, empowered and united, but continues to be severely under-resourced,” said Joanna Kong, a board member and the co-chair of Asian American Futures) “For every $100 dollars awarded by foundations in the United States, only 20 cents are designated for AAPI communities. This is one of the main reasons why the work of the Gold Futures Challenge is so important — our community deserves more equitable and reliable sources of funding to grow and sustain their work.” 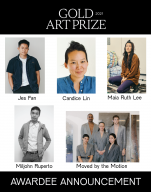 The Gold Art Prize is a biennial award administered by Gold House and art advisor Kelly Huang of KCH Advisory. This award spotlights the achievements of five contemporary API artists each cycle and is juried by a distinguished nominating committee of API curators from major institutions (including the Whitney Museum of American Art and the Los Angeles County Museum of Art) and a selection committee of influential API figures (including Gemma Chan and Prabal Gurung). Each awardee receives a $25,000 unrestricted grant, a catalog that features their work and an exhibition opportunity at the newly-established Institute of Contemporary Art (ICA) San Francisco.

“This effort is an opportunity to spotlight AAPI artists — to ensure their contributions to art and culture are visible,” said Miyoung Lee, vice chair of the board of the Whitney Museum. “We want the artists to know they have a community of support behind them. We want the next generation to feel validated in choosing to pursue careers as cultural producers.”

Gold Rush is a biannual accelerator — built for and by API founders — to champion the most promising API-led companies. The 12-week mentorship-driven program propels companies to top-line acceleration, high-value customer acquisition, media amplification and invaluable connections with investors and experts in their industry.

“Asians — and Asian women in particular — are the least likely to be promoted to management, according to the Harvard Business Review,” said Julia Gouw, chairwoman of Piermont Bank. “As someone who has held several top positions in the corporate world, I have witnessed the lack of resources for API business leaders and entrepreneurs to overcome these difficult barriers and rise up. It is thrilling to build the Julia Gouw Women’s Leadership Track to tackle these exact challenges by providing directed programming to ensure female founders are well-equipped for success.”

Through investments with prominent partners, skill-building for successful leadership and world-class mentoring from industry titans, Gold House Futures is a key endeavor that will advance the success of emerging API creatives, entrepreneurs and social impact leaders for many years to come.