‘Go Back to China!’: Producer Valerie Chow Violently Attacked in LA While Walking Her Dog

You know the part in the murder movie where the woman has the bad guy stalking her and she’s at her front door, hands shaking, dropping her keys trying to get into the house? That was me about a week ago. I had just left my building to walk my dog when I encountered a homeless man. I live in a very mixed community, so I’m pretty hardened to the sight of someone defecating on the street, passed out or just shouting nonsensically. But this time it was different. When I attempted to walk past the man, he looked at me and started shouting, “You’re nasty! Go back to China, you nasty b***!” He then started throwing punches and trying to kick my dog.

I turned around and hustled back towards my apartment building — he chased me,  flailing his arms in punches and stumbling kicks, shouting, “You better run, you better stay inside, you better go back to China, you nasty, nasty b***!” With the man just behind me, that’s when I pulled the classic thriller move: my hands were shaking so badly that I couldn’t get a grip on my keys to let myself into the building. Hearing the shouting, building security buzzed me in. We both went back outside to go after the guy, but by the time we got there, he was already gone. In my neighborhood, the description, “White homeless guy with matted hair” isn’t going to get me very far with law enforcement — especially if there is no bloodshed. Their only suggestion was for me to come down to the station (which is in an even sketchier area, and not the most sanitary place re: coronavirus) during stay-at-home isolation orders to file a police report. So that was that.

Valerie Chow was mobilizing her tv production co, Thirsty Tiger to launch #becool2asians + combat anti-Asian COVID-19 hate when she was attacked for being Asian. She’s now channeling fear + anger into producing positive messaging about the Coronavirus. Stay tuned for our videos! pic.twitter.com/1gZUy0AfMv

I get easily worked up. I’m the person in the movie theater who can’t keep it together and you hear shouting, “DON’T OPEN THE DOOR” or “WHY AREN’T YOU RUNNING?” That me is now yelling at the other me in my mind for my own inaction.

I am the opposite of the stereotype of a meek, submissive, silently repressed Asian woman. I’m loud. I’m bossy. In my line of work as a television producer, I’m fearless. I’ve run with the cops during a violent bust, I’ve flown a plane and ditched it into a G-force spin on purpose, shot M-16’s with the Israeli military.

In my superhero fantasies, I see myself reacting to an assailant by mace-ing him in the face or at least verbally skewering him with my vicious wit… and having the presence of mind to shoot the entire interaction. I’m a producer! Jeez! I did none of those things.

When a person is surprised with any kind of aggression, hate speech or worse, a hate crime there’s no predicting how you will respond. We’re civilians, not soldiers. We’re not trained with muscle memory and mental conditioning to react to extreme situations like being attacked physically or verbally.

When the homeless guy chased me, I froze in the moment and completely disassociated. I wasn’t scared; I went numb. It was like being outside of my body seeing this event happen to me in slow motion. Afterward, my hands shook from the adrenaline, my jaw did a weird thing like when you’re really cold and your teeth involuntarily chatter.

Then, the shame and humiliation set in. Even though I had done nothing wrong and the man was shouting racist epithets at me — I didn’t feel anger. I felt humiliated. As if I was the kid who had their pants pulled down in front of the entire classroom. I also felt shame for not saying anything back, for not standing up for myself, for running away.

Weirdly, I never felt anger. Instead, I felt resignation which is even more destructive than anger. Since anti-Asian incidents have been all over the news, 100 reports a day with women 3x as likely to be accosted — I just thought, well this is the world now. Even me, in my culturally diverse bubble of Los Angeles, could fall victim to anti-Asian hate. Trump, in a desperate bid to deflect from his own mishandling of the coronavirus, has tried to blame others, trying to re-brand it “The China Virus.” With that, he branded over 21 million Asian Americans as diseased and culpable for a worldwide pandemic. We’re now the subject of mockery as being associated with the “Kung Flu.”

Prior to his big “China Virus” media campaign, folks of Asian descent were already getting blamed for the coronavirus. Trump just turned it up to 11. His subsequent back-peddling can’t undo the damage his clever “branding” has done. The disease of blaming Asians for the pandemic is its own contagion of fear and hate, infecting Americans across the country. For a homeless man that I’m assuming isn’t dialed into FOX News to have contracted this hatred only amplifies how entrenched the anti-Asian sentiment has become.

Unfortunately, the pandemic is only going to get worse in the United States, and as the death toll and economic ruin rise, so will the worry and fear. With a president who literally refuses to take responsibility for the spread of the virus, the misinformation and blame will reach a fever pitch — jeopardizing the health and safety of millions of Asians and Asian Americans across the country. Last week, an Asian American family was stabbed while shopping in a Sam’s Club in Texas. The assailant blamed Asians for the coronavirus and viciously stabbed not only the parent but a 6-year-old and 2-year-old! When I read the story in the news, I wept.

What can we do in the face of escalating Hate? The Asian diaspora in America has always been haunted by racism and the belief that we are “perpetual foreigners” but like the virus itself, this is a new dangerous surge. Like the coronavirus there is no quick cure. But everyone — of all races and backgrounds must do their part. That means speaking out when you see it, spread the word that anti-Asian sentiments are on the rise and aren’t to be tolerated. If you see someone of Asian descent being harassed, speak up and defend them.

Fighting hate against Asians also means reaching out and healing the divisions between our Black and Brown brothers and sisters. They bear an even greater burden of Hate. If we don’t stand with them; we can’t expect them to support our cause.

My message to everyone of all backgrounds is: I know you’re angry, frustrated, and scared but if you channel it towards any group of people — we will never recover as a society. We are a country in crisis, everyone needs to take personal responsibility and decide who we want to be as Americans. Are we going to be violent, angry and full of hate? Or are we going to rise up in unity and help each other out? Things are at a crisis level and it’s up to us individuals to step up for Humanity and take care of each other. Only through positive action can we make a change. 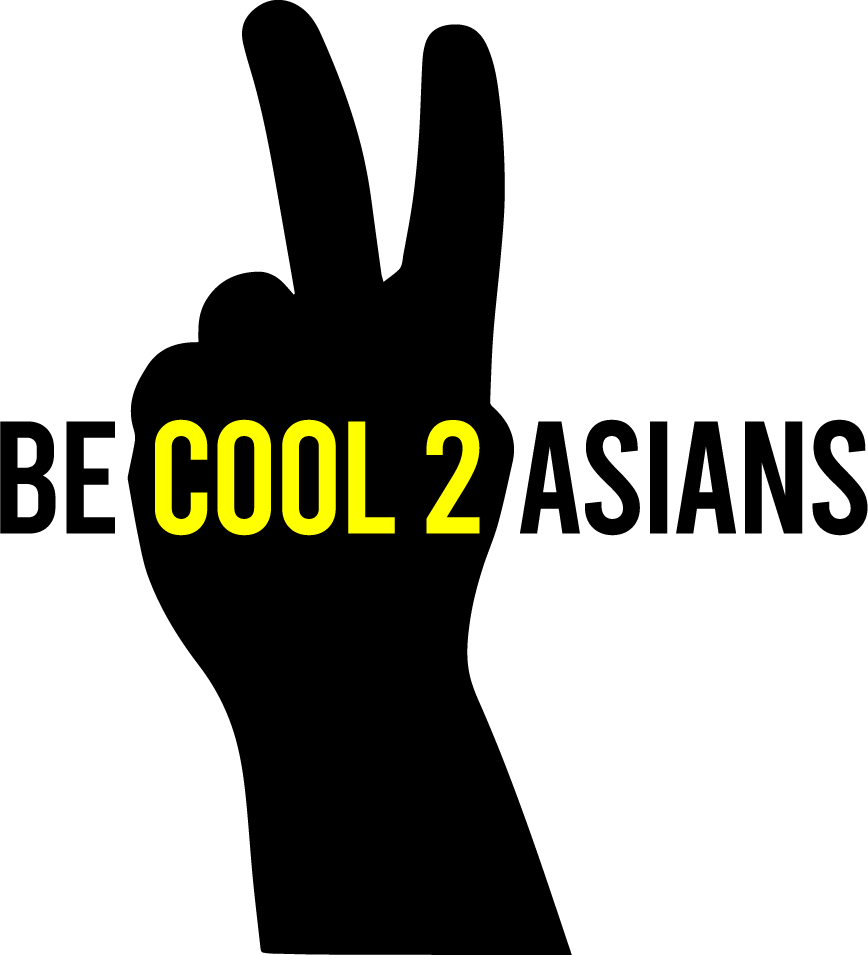 I, for one, am channeling my own feelings into becool2asians, a media campaign to spread the word against anti-Asian Hate and am trying to be of service to those in need. I am also still walking my dog every day.

About the Author: Valerie Chow is an unscripted television Executive Producer, mother of French Bulldog Chicken Chow-Main, and founder of the becool2asians campaign, a grassroots volunteer campaign to combat the rise of anti-Asian sentiment from the coronavirus. We welcome volunteers of all backgrounds and ethnicities. To get involved, please go to www.becool2asians.com, like and follow on social media: @becool2asians.