Many netizens were outraged after several pictures of a dead whale shark being dragged around town on the back of a pickup truck were spotted online, prompting Chinese authorities to launch an investigation.

The photos were discovered on social media on Monday, showing the carcass of a dead whale shark loaded up on the back of the truck that was being driven through the streets of a town in Fujian Province, China. 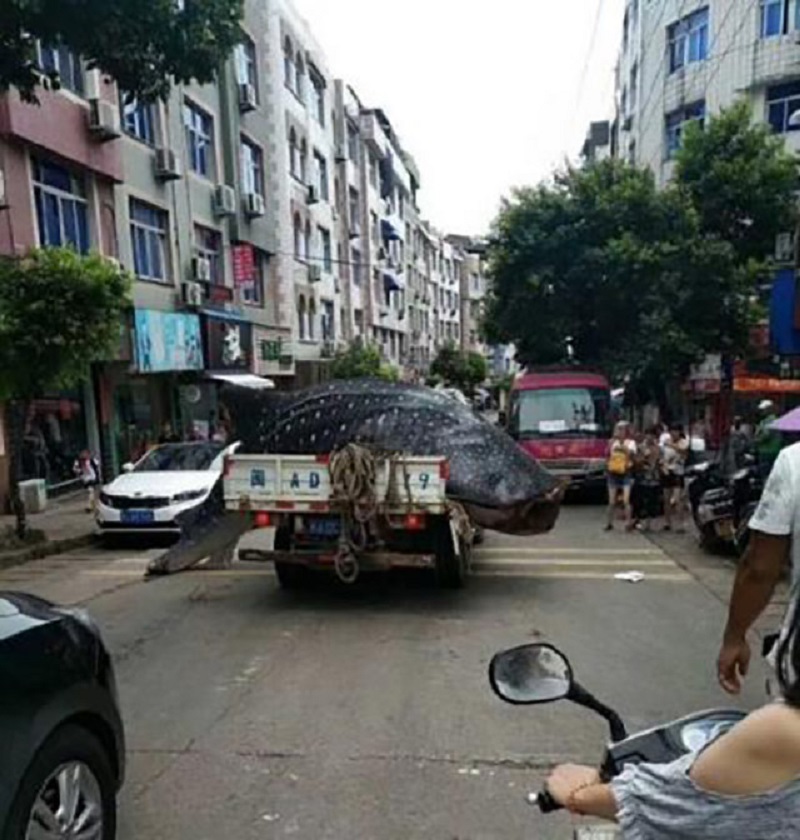 According to Shanghaiist, the fishermen who were driving the truck stopped at a nearby hotel’s restaurant and tried to sell the whale shark. The management turned down the offer, not only because it is illegal, as whale sharks are second-class nationally-protected animals in China, but because the carcass was “too smelly” and possibly had lethal quantities of mercury in its system. 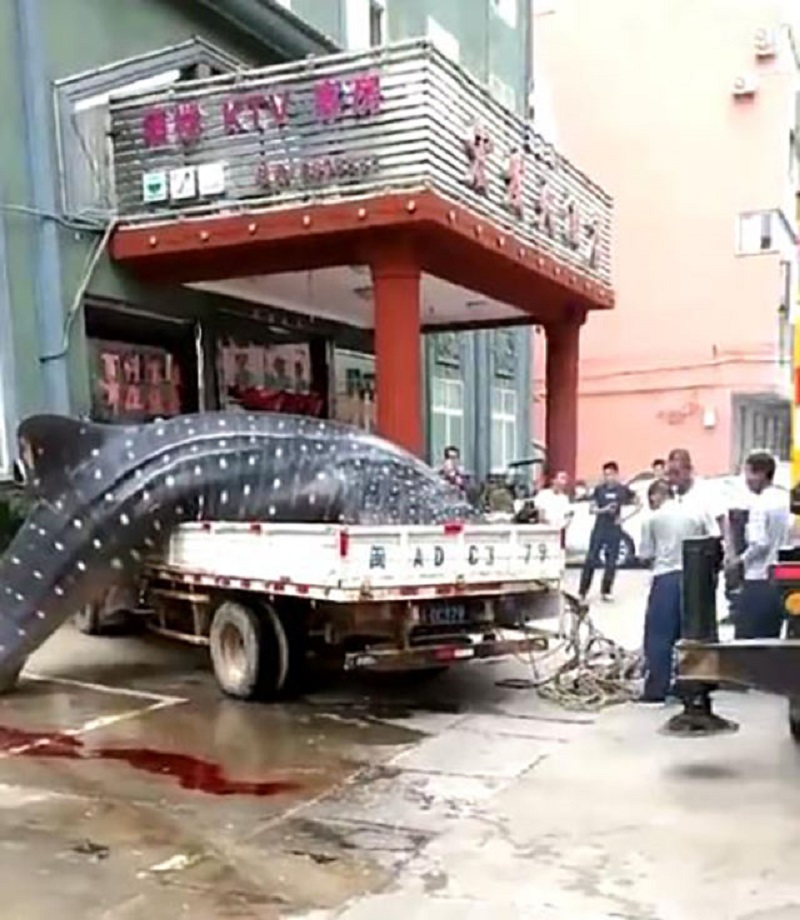 The hotel management’s rejection did not deter the fishermen from their plan to sell the whale shark. On Tuesday, a more gruesome picture had surfaced online, showing the two fishermen cutting up the animal using a saw. Supposedly, the fishermen thought that restaurants would be more likely to buy the whale shark if it was sold piece by piece instead of whole. 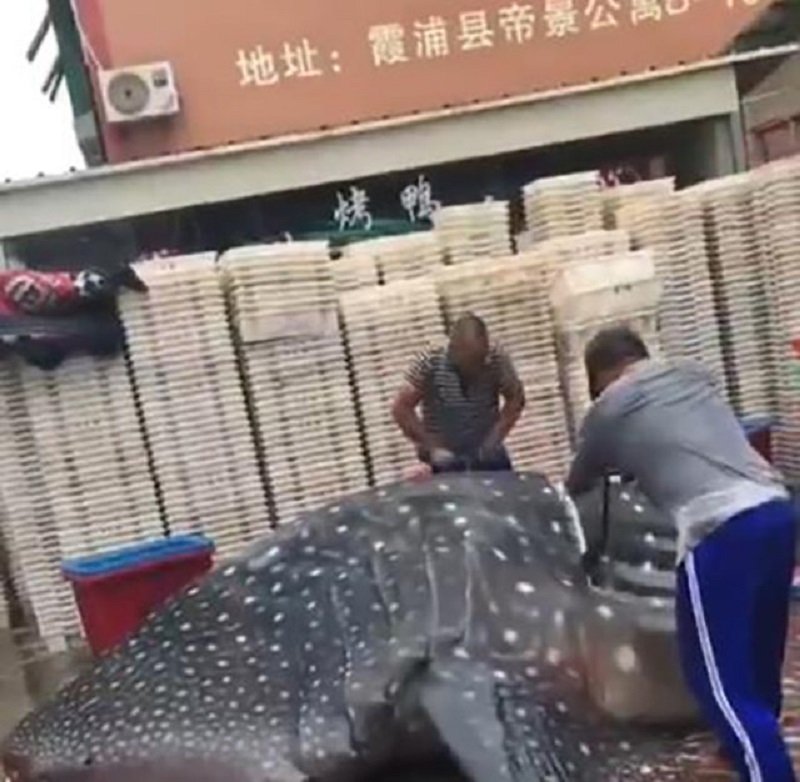 An investigation is currently underway.

A similar incident happened in 2014 when a fisherman accidentally captured a whale shark while fishing in the seas between China and Taiwan, Telegraph reported. Cai Chengzhu, the fisherman who made landed the shark, believed he could make a lot of money off the shark. However, authorities prevented the fisherman from cashing in on his catch, as it is illegal to sell and buy whale sharks in China.