Why Chinese Parents Use Feather Dusters to Punish Their Kids

At the time, a man known as “Little Kang” saw a wounded pheasant drag its body. He noticed that the path where it “crawled” had less dirt, and from there, thought it must be due to the feathers.

Soon, he grabbed a bunch of pheasants and took their feathers, brought them together and fashioned the very first feather duster. 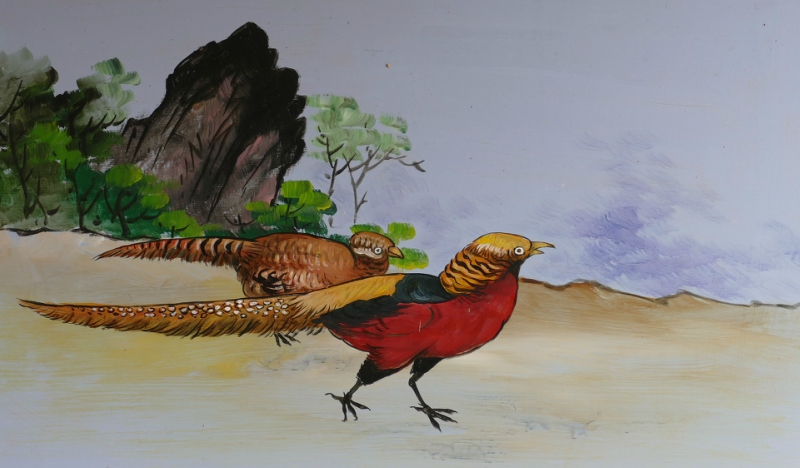 How Little Kang intended to use the original feather duster would be the same as to how it is used today: to get rid of dirt.

Somehow, Chinese mothers who traditionally managed the house ingeniously found yet another purpose of the feather duster. It’s far from cleaning, and while they thought it was brilliant, their children weren’t exactly pleased. 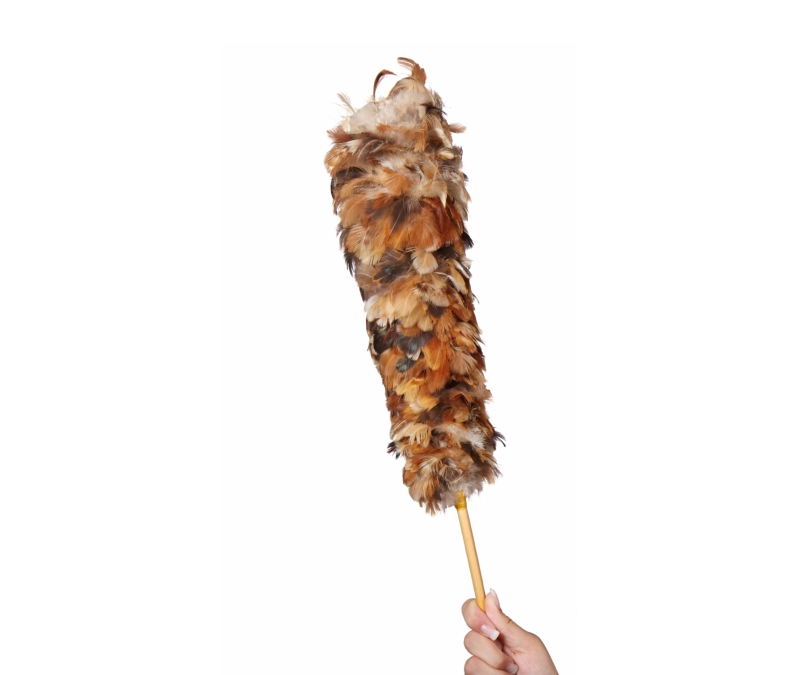 That’s because the feather duster has been turned into a weapon of corporal punishment. 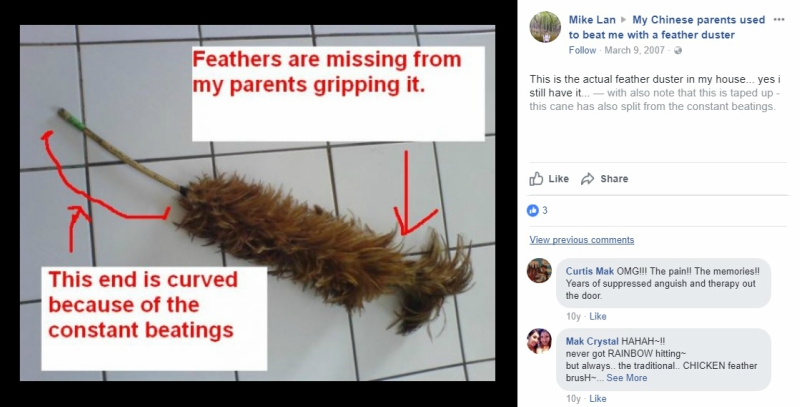 From that moment sprung the cries of thousands of Chinese children promising to behave better. As most Chinese know today, the feather duster is easily among the most popular methods of discipline, working just as fine as it is for cleaning.

As Chen Chenchen put via the Global Times:

“In my childhood memories, my mother’s words ‘Where’s my chicken feather duster?’ was enough of a deterrent to make me shiver and change my behavior.”

Xiao Baiyou, a Chinese media sensation known as “Wolf Dad” and a firm believer of corporal punishment, swore by the mighty feather duster in raising his four children. He abides by the parenting approach “spare the rod, spoil the child,” and while controversial, puts absolute faith in it.

Through such, he, after all, sent three of his kids to China’s Peking University, the most prestigious in the country — and wrote a top-selling book about it.

“I have more than a thousand rules: specific detailed rules about how to hold your chopsticks and your bowl, how to pick up food, how to hold a cup, how to sleep, how to cover yourself with a quilt.

“If you don’t follow the rules, then I must beat you.”

Xiao’s rules are pretty straightforward: no TV (except for news), no coke-type softdrinks and no air-conditioner, among others. For every rule broken, he would hit his children with a feather duster on the legs or palms.

It must also leave a mark — otherwise there’s no impact, he said.

“In China, beating kids is part of their upbringing. It’s not violence. It’s not against the law. If this kind of beating is legal, scientific and in the interests of the kids, then fine. I’m all for beating, since it’s effective.”

But of course, not everyone takes delight in the supposed wonders of corporal punishment. Joseph Lau, a clinical psychologist, had seen hundreds of children smacked by the parents. He believes that these kids, unfortunately, can’t do much about it.

He told the South China Morning Post in an earlier interview:

“There’s no doubt many Chinese parents believe in spanking. They also expect blind obedience and have an attitude of ‘you’ll do it because I’m your parent, that’s why.’ They are not generally democratic parents and like to be firmly in control.”

Lau also acknowledged their affinity to the feather duster:

“Giving hidings with a feather-duster is almost a Chinese tradition — it hurts and only leaves a little mark. Parents also use other cooking utensils, clothes hangers or the first thing they can lay their hands on. This is when spanking becomes dangerous and degrading for the child.” 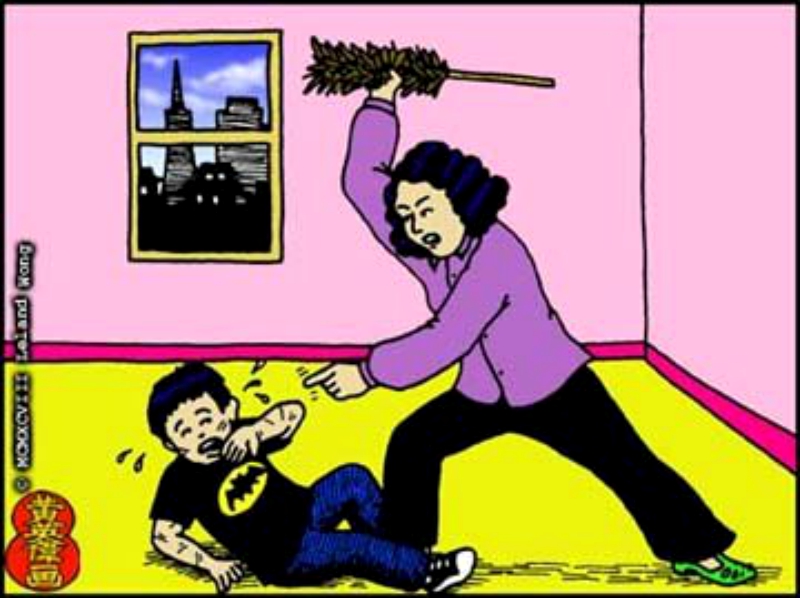 As corporal punishment remains lawful in Chinese homes, the feather duster continues to send chills to the spines of countless children. It’s amusing to ponder how a fluffy stick that supposedly removes dirt and dirt alone can be used for something else, but sad for what it’s turned out.

Until then, you kids have to behave good. 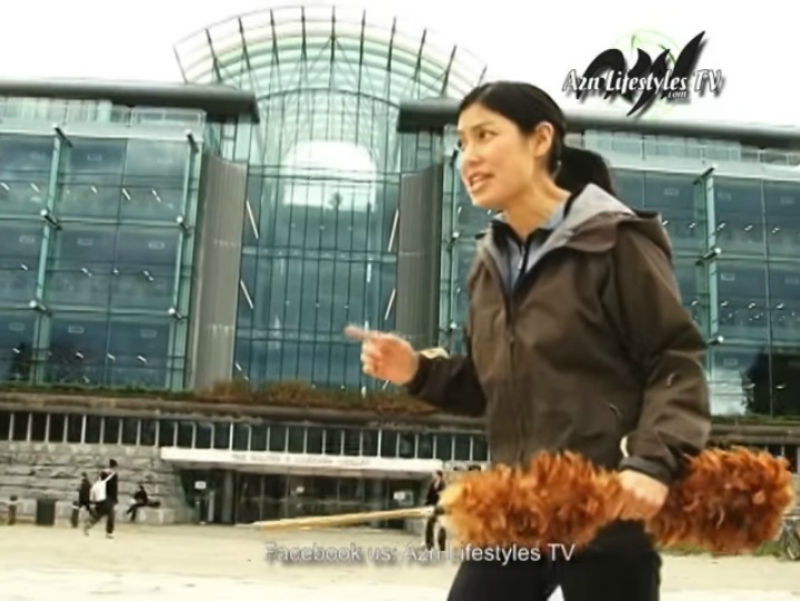 Have you ever been beaten with a feather duster? What did/do you think of the punishment, then as a child and now as an adult? We’d love to hear your thoughts and experiences in the comments!