A dedicated father from Yangzhou, Shandong Province, China, is doing everything he can to raise money for his daughter’s diabetes medical treatment, including dressing up as the British cartoon character Peppa Pig. 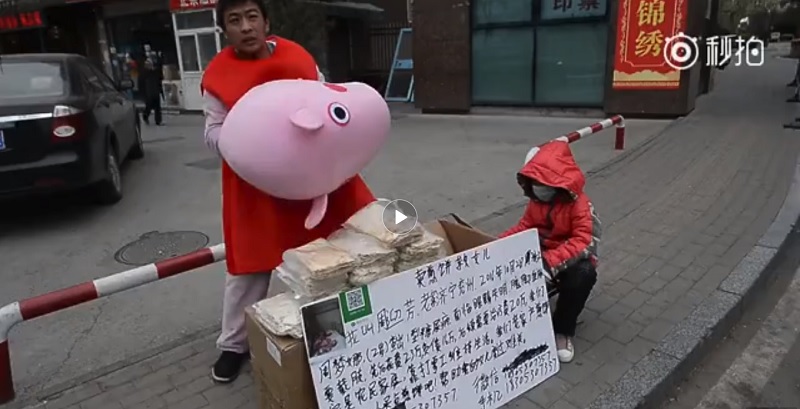 Zhou Yingfang had the shock of his life when his daughter was diagnosed with diabetes in 2016 at the age of 2, according to The Paper (translated by Shanghaiist).

If left untreated, his daughter could have her leg amputated or lose her eyesight. 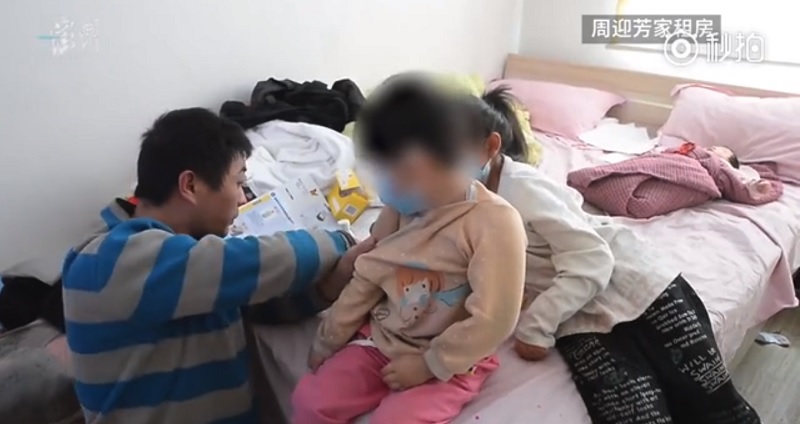 Zhou eventually decided to move his family from Yangzhou to the provincial capital of Jinan after learning about his daughter’s condition. There, he began working odd jobs to earn money for his daughter’s medical treatment, but it was not enough. 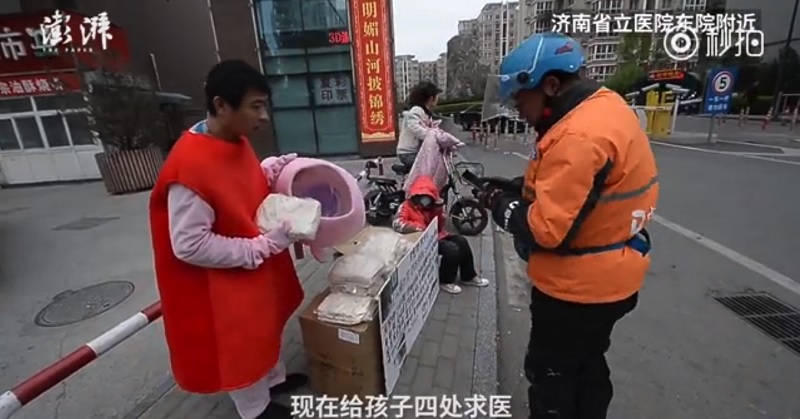 Zhou then decided to sell pancakes with the help of his eldest daughter. But to attract more customers, he had to wear a large Peppa Pig costume around his family’s hometown, which is known for its jianbing. 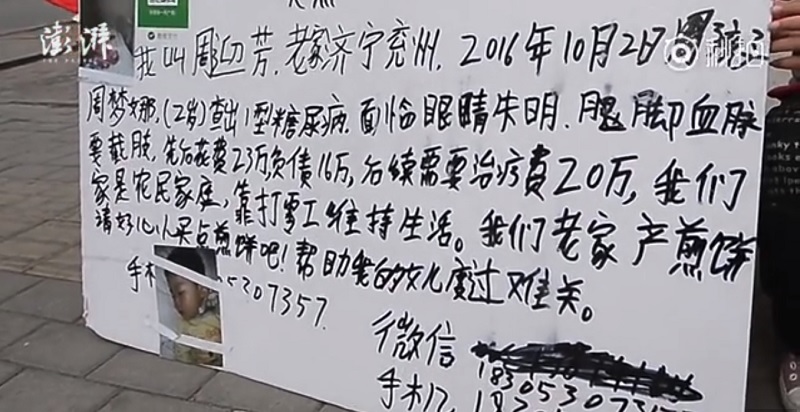 The British animated character is his daughter’s favorite cartoon. 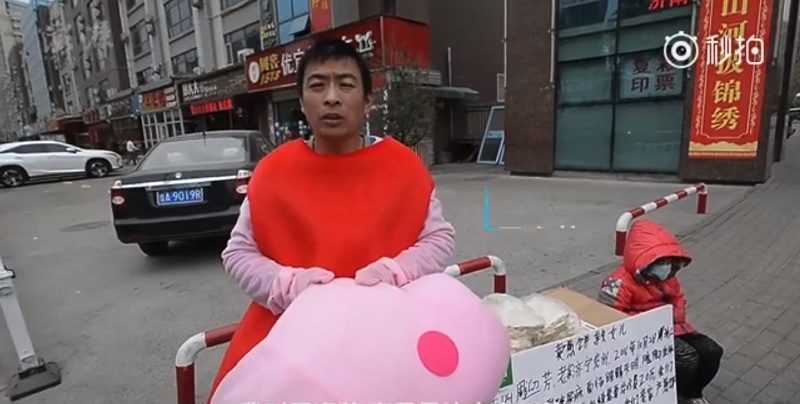 The man is determined to sell enough pancakes for his daughter’s stem cell transplant in Beijing, which is expected to cost about 200,000 yuan ($31,834).

With 5 yuan ($0.80) a piece, Zhou would need to sell at least 40,000 pancakes to reach the amount needed for the procedure. Luckily, many kindhearted customers helped him out by paying an extra amount after hearing his daughter’s story.

Images Screenshot via The Paper