Performing at the halftime show of the Super Bowl is definitely a big deal, as the tradition has evolved into a spectacle in itself as part of the annual championship game of the National Football League (NFL).

Notable artists who have performed in the event for millions of viewers over the years include Gloria Estefan, Michael Jackson, Clint Black, Patti LaBelle, Tony Bennett, Madonna, Beyoncé, and Prince.

According to TeenVogue, Billboard recently asked its audience who they think should play at the 2018 Super Bowl halftime show. In addition to the Western pop stars, the poll included South Korean boy band BTS, the group that was crowned earlier this year as the top social artist in the Billboard Music Awards.

Dutifully, a huge number of fans of the K-pop supergroup BTS responded to Billboard’s invitation in typical fandom fashion: by dominating the poll in full force. 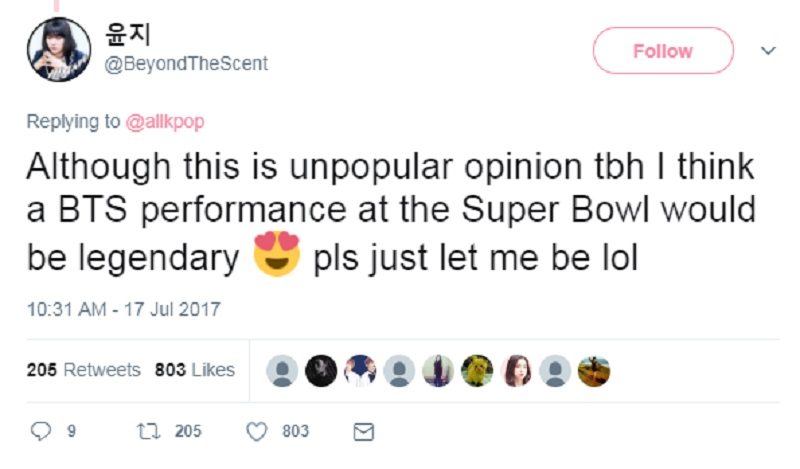 While the next Super Bowl is six months away, BTS fans have already flexed their fandom muscles to keep their idols in a comfortable top spot just ten days after the poll was launched on July 11.

Early on, BTS has impressively edged out other international pop star heavyweights such as Taylor Swift, Kanye West, and Justin Bieber. 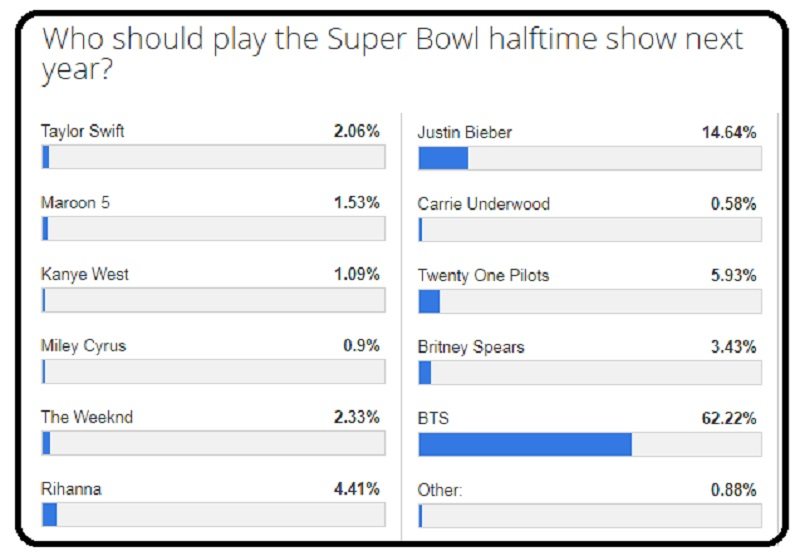 Despite the event being a half a year away, the lead BTS is enjoying has already sparked discussion among fans whether the Super Bowl is, in fact, a good venue for the group to play on. 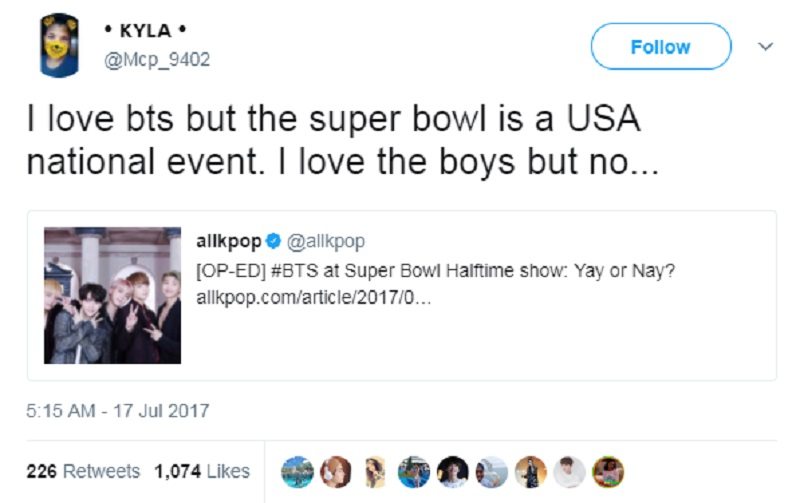 While some fans are elated about such possibility, some are expressing concern that the audience of the show may not be the demographic that would appreciate K-pop. 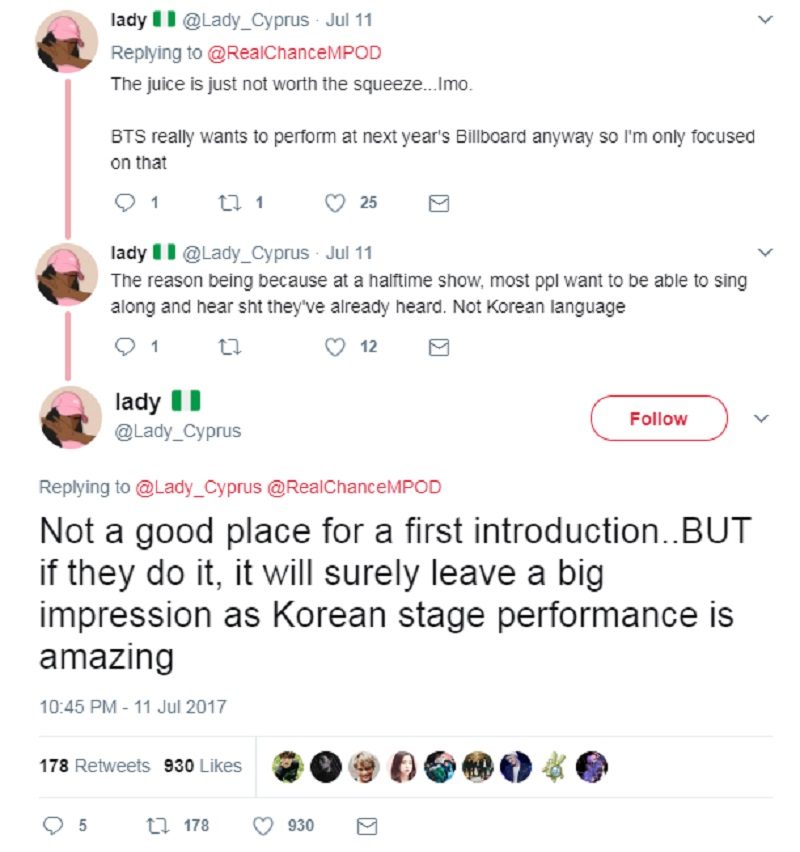 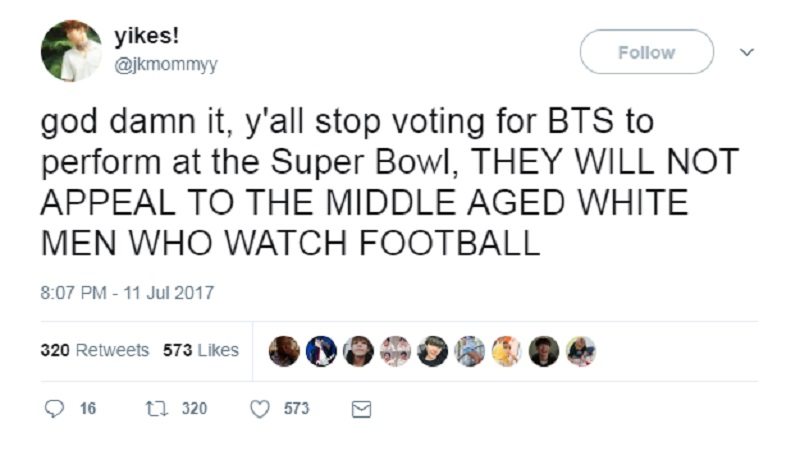 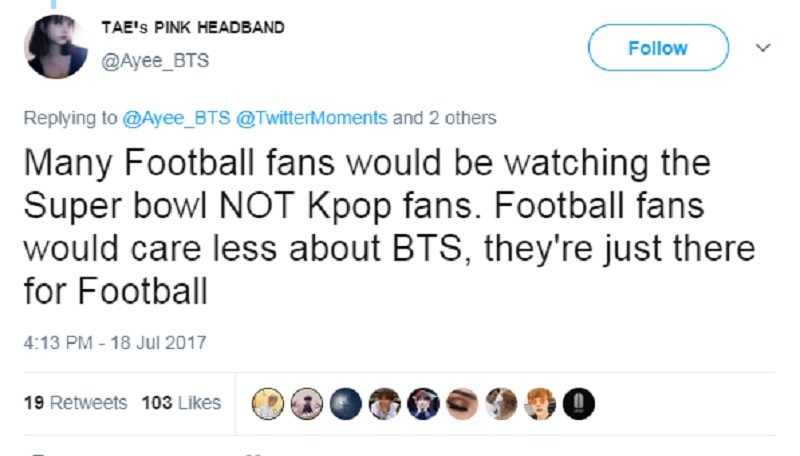 It is important to note, however, that Billboard’s poll is merely speculative and does not influence the selection for the halftime show performer. Selecting the performers of the Super Bowl’s halftime show is traditionally done by a panel headed by the NFL’s director of entertainment and TV programming.