A Twitter user had an eventful flight after she realized that the passenger next to her was French-American actor, Timothee Chalamet.

A Twitter user had an eventful flight after she realized that the passenger next to her was French-American actor Timothée Chalamet. 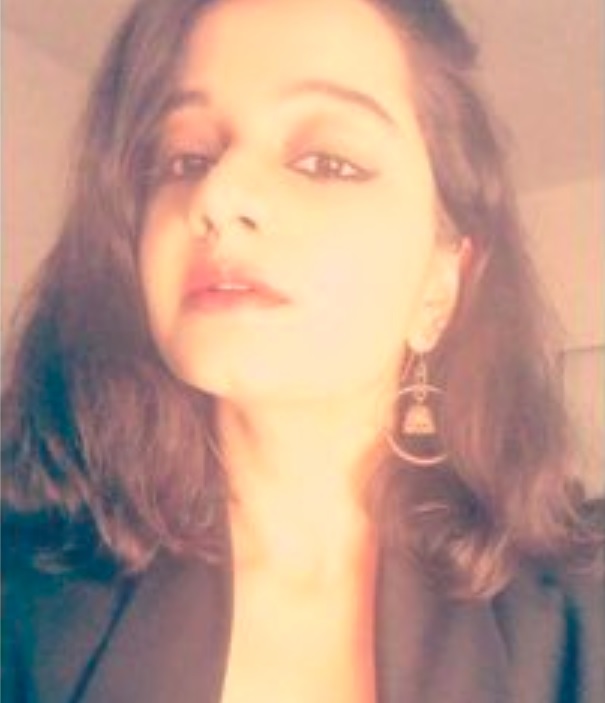 About 30 minutes into the flight, the Twitter user, Alankrutha, initiated a conversation with the person sitting next to her and said, “hey you look exactly like timothee Chalamet.”

Instead of confirming her suspicion, the 23-year-old actor replied, “I get that a lot.”

flight takes off and head is exploding bc I *had* to know who this dude so 30 mins into the flight, I work up the courage and nudge him and ask “hey you look exactly like timothee Chalamet” to which he smiles and says “I GET THAT A LOT” pic.twitter.com/SaEpjOqOBE

It wasn’t until 1.5 hours into the flight that she finally had the courage to spill it out and say “I KNOW U R TIMOTHEE.”

So I figured he didn’t want to be disturbed and things I did in the process- ate a sandwich, peed twice, kept stealing glances at him and 1.5 hours in, he asked me when the flight was going to land and I couldn’t hold it in and said “I KNOW U R TIMOTHEE” pic.twitter.com/fixN4Z9X4G

Turns out, it was in fact him.

HE LAUGHED AND SAID “AYYY YES IT IS, HI I AM TIMOTHEE” and shook my hands and at this point I was basically shook/ stunned and I couldn’t process anything pic.twitter.com/nYXovxWM4s

She then listed down the questions she asked him including asking about Steve Carell, who Chalamet worked with in the 2018 movie “Beautiful Boy.”

List of actual questions my dumb bitch mind asked him that he answered super patiently:
1. Why are you sitting in economy class (he laughed and said how dare you)
2. Have you met Beyoncé (he has not)
3. How is Steve carrell (he said he’s amazing and offered to FaceTime him!!)

List of words that escaped my mouth:
1: I googled your height
2. Pls see my friend’s (@amyoosed)twitter dp, it is ur face
3. I have stalked ur Wiki page (got a hi 5 for this)
4. Are u going to the oscars
5. Your introductory scene in lady bird kills me tho ur a D bag in it

Alankrutha then revealed how awesome Chalamet is when he asked more about her.

What shocks me the most is this dude wanted to know about me. He asked me what I do, what project management is about (literally who cares timothee), where I grew up and PRONOUNCED MY NAME RIGHT pic.twitter.com/Z57pj2T2SS

They then talked about “The Office” and what their favorite episode was.

the BEST discussion we had was about THE OFFICE and which episode we love ( I said dinner party represent) and we discussed the show and at this point I’m like is my life real, is this a fever dream pic.twitter.com/sbM24ctSKF

Alankrutha was blown away by Chalamet’s sincerity and curiosity about her own life.

And whenever he asks me about my life, I’m like !!!!!!! Why do you want to know about an IDIOT like me!!!!! He asks about India, name drops armie hammer (ofc why wouldn’t he) and tells me about his life growing up and how he got into films

And all his questions were super sincere and genuine and he KEPT high fiving/ friendly nudging and while my heart was exploding, I also spoke to him like I would to a friend only bc he made me feel so comfortable! pic.twitter.com/7vQhTQjItD

Interestingly enough, Chalamet said that she was the one and only person that recognized him throughout the flight.

The flight landed, we spoke for a bit about his upcoming films, he wished me luck for my career (Idc about my career at this point) and also told me I was the *only* one in his entire journey who recognised him and asks if I want a pic and I oblige graciously w/o any frills pic.twitter.com/NMGjKVKvDQ

Something else she discovered was that he can devour in-flight pretzels and orange juice in less than 20 seconds.

Major things I forgot to mention:
1. When the stewardess offered him flight pretzels & orange juice, he scarfed them down in < 20 secs like he hadn’t eaten in 48 hours
2. He asked if I was expecting him to be taller or shorter- I said shorter (shut up @ me)
3. He loves easy A

Alankrutha also shared a screenshot of her message that she sent to her friend before she could confirm that it was Chalamet sitting next to her.

Right when I was trying to figure out if he was indeed Timothee I panicked and texted my friends + VERY SLYLY listened to the OST of Call Me by Your name hoping he would notice (I don’t think he did but I had to try) lmaoooo pic.twitter.com/Ge9NfqJ8HN

Of course, the flight had to end eventually.

MORAL OF THE STORY- if you work hard enough and never leave your house, you might stumble upon @RealChalamet on a flight and proceed to ask him who the most famous celeb on his phone is. *THE END*

But before that, she shared a selfie that she took with the actor.

Idk how one can be this terrible at taking selfies but look out world here I come. Anyway idc just look at his face, this experience has been beautiful and he’s a very nice person (and we might be friends but idkkkkk) pic.twitter.com/yhdEF08pUz

There was only one thing that she forgot to ask Chalamet…

This pure BABY asked me where I watched Lady bird and I said I watched it in the theatre and his EYES LIT UP I CANNOT. Anyway, my only regret is that I didn’t ask him to drop his skin care routine, feel like it would’ve led to this pic.twitter.com/5VidbU848Z