Chen and his girlfriend, Qin Shupei, welcomed their daughter, Alaia, in March 2017 after dating for a year.

In the photo posted on Instagram, plushies surrounded Alaia as she hugged one inside a Louis Vuitton-Supreme trunk.

The 38-year-old actor has been sharing pictures of his daughter since her birth, shedding his reputation as “Asia’s baddest boy” apparently in favor of a doting dad image.

According to Highsnobiety, it was regarded as “the most coveted and rarest item on the market” at the time of its launch.

It reportedly retailed for a whopping $150,000 a few months later.

The exterior made of Gaboon wood blends Louis Vuitton’s iconic monogram and Supreme’s red and white colors, including its logo. Meanwhile, the interior features a quilted cotton lining and multiple linen canvas trays. 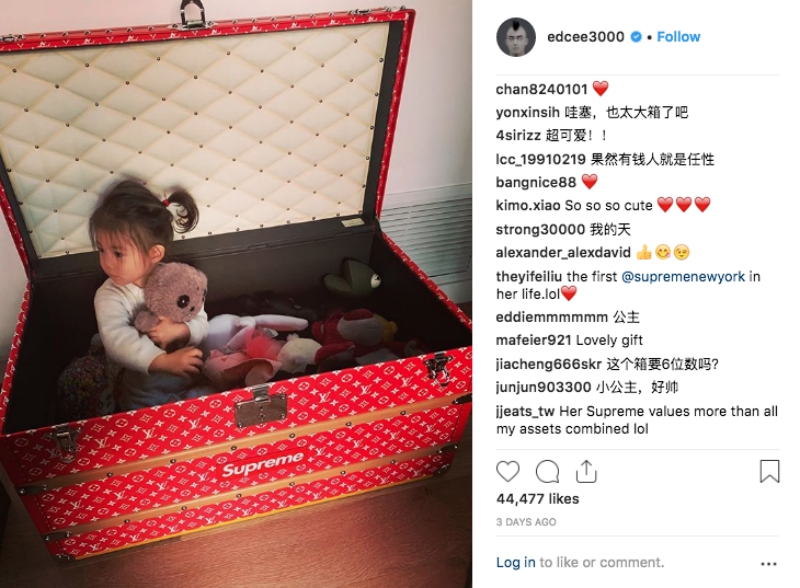 Alaia’s photo has received thousands of likes and hundreds of comments since its posting, with many pointing out Chen’s noticeable wealth.