A fight scene between Donnie Yen and Jackie Chan will reportedly be the highlight of “Ip Man 4,” the latest installment in the kung fu series expected to hit theaters later this year.

In a Weibo post in June, lead star Yen announced that the movie completed filming scenes in China, although he was unable to celebrate with the cast and crew over other commitments.

The actor confirmed the film in 2017 and shared the first look in April.

I believe Ipman movies inspired millions not because we had created a hero,it’s because it was about the spirit and the integrity of a man,a man who love his family and country,April 7,first day of shooting,from the first three episodes,I’m again,continuing this 4th and probably the last missionary journey! 我認為这系列能感染中外觀眾，主要因为电影從沒希望塑造一位强大的英雄，而是透过一个爱家爱国的善良人，傳達了故事的精神和道德觀。生存，生活到生命，四月九号開机，正式再次踏上这旅程!✌️#donnieyen #ipman #ipman4 #bulletfilms #甄子丹 #葉問 #葉問4

“Ip Man 4” follows Bruce Lee’s arrival in the United States with hopes of opening his own martial arts school, which turned out to be challenging when he offends locals.

Ip Man (Yen), who comes to Lee’s aid, then earns the locals’ respect and helps lay the foundations of kung fu in America.

According to Chinese entertainment outlet JayneStars.com, the film’s biggest highlight is Yen’s fight scene with Chan, who plays “a respected Big Brother in Chinatown.”

Directed by Wilson Yip, “Ip Man 4” also includes Scott Akins and Vanness Wu in the cast, both newcomers to the film series. 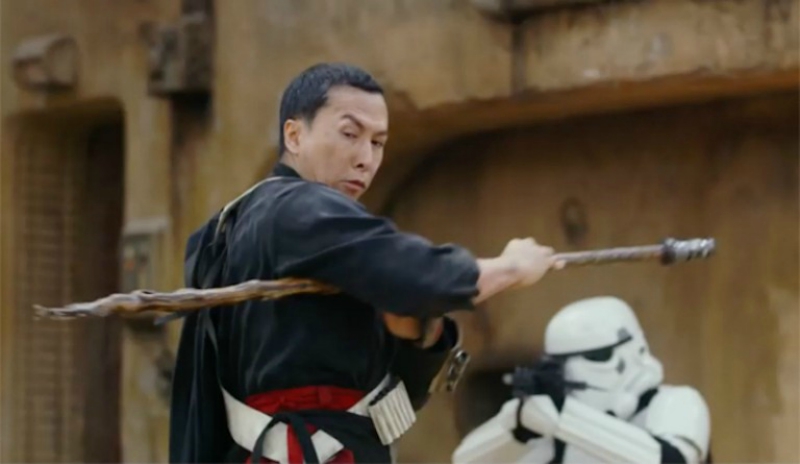